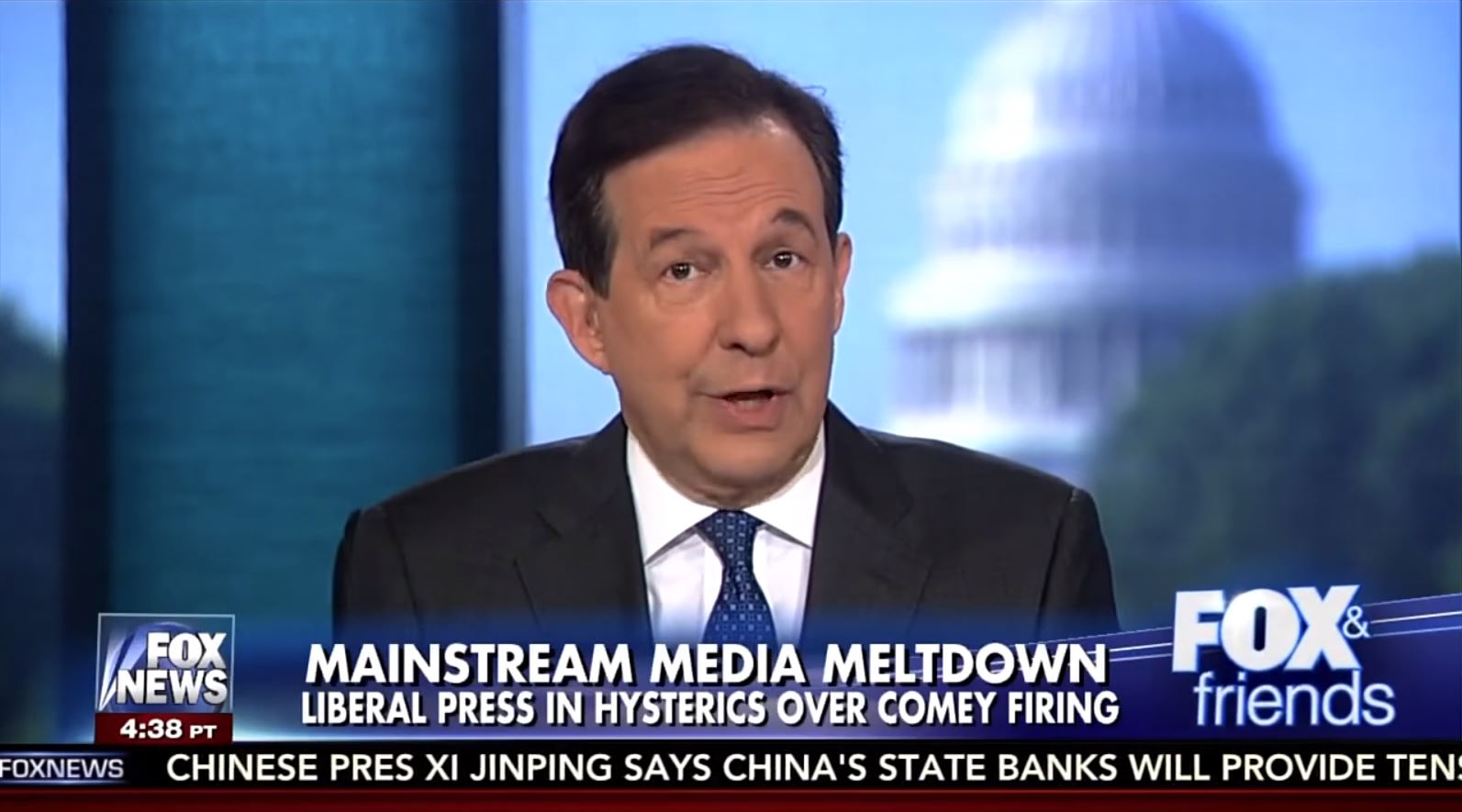 On a cold November morning in 2010, Fox & Friends co-hosts Steve Doocy, Brian Kilmeade, and Gretchen Carlson have moved their set outside the network’s Manhattan headquarters. The trio are huddled in their winter coats on a fur-draped bench that appears to be made of ice, sitting around an open fire, talking to a bemused Chris Wallace, who is remote from Fox’s Washington, DC, studio. Then Doocy grabs a container of marshmallows from a producer and begins try to roast them over the fire with his bare hands. As Wallace asks with a smirk if Doocy might be making a mistake, Kilmeade, armed with a plastic spoon, joins the effort.The pair continue their antics while a clearly exasperated Carlson tries to get the segment back on track, asking, “Chris, can I talk a little politics with you?” Wallace ignores her, clearly mesmerized by the footage of her co-hosts, before commenting, “I’m watching this and I’m thinking, well, I’m thinking what all of your viewers are thinking.” “Which is?” Kilmeade asks, while Doocy roasts the marshmallows with a stick. “What a bunch of dopes,” Wallace responds with a laugh.

Those were better days for Wallace’s relationship with his network’s outwardly conservative morning and prime-time hosts. With President Donald Trump’s election in November, the latter are ascendant. Trump watches their programs, calls them up for advice, praises them publicly, and gives them exclusive interviews; they provide sycophantic coverage that caters to their biggest fan. Wallace is reportedly displeased, particularly with the way his colleagues have joined the president’s attacks on the news media.

“I don't like them bashing the media, because oftentimes what they're bashing is stuff that we on the news side are doing,” he told The Associated Press in an interview published yesterday. “I don't think they recognize that they have a role at Fox News and we have a role at Fox News. I don't know what's in their head. I just think it's bad form.”

Wallace won’t name the colleagues he believes are crossing the line, but Sean Hannity is a good guess. So are the co-hosts of Fox & Friends, on whose show the AP says Wallace no longer appears.

Wallace’s comments seem well-intentioned. But they demonstrate a fundamental lack of understanding of the business model of the network he’s worked at for more than a decade -- and the way he’s benefited from his conservative colleagues’ attacks on the press.

Fox News was founded as a countervailing force to the rest of the press. Conservatives have attacked the press for decades, but what founder Roger Ailes realized was that he could feed that grievance as a way of amassing power. If conservatives could be convinced that other networks could not be trusted, they’d flock to Fox. And the more exclusive viewers he acquired the more support he could provide to the Republican Party.

And so the network’s longtime slogan of “Fair and Balanced” was born. For Ailes, a Republican operative who had worked for or on behalf of Richard Nixon, Ronald Reagan, and George H.W. Bush, “balanced” had a very particular meaning: he imagined the network as balancing the mainstream press, which he considered biased against conservatives. And describing Fox as “fair” signaled that the rest of the press was not.

It worked. Fox became the most popular news network, riding the popularity of the network’s raft of conservative commentators and a steady drumbeat of right-wing news narratives and attacks on the rest of the press to greater heights. Meanwhile, Republican trust in the media plummeted.

Ailes also realized that Fox would be more effective if it wasn’t openly branded as a right-wing outlet. And so Fox executives have long sought to bolster the network’s credibility by saying that Fox is just like a newspaper, split between conservative “editorial” commentary programs like Fox & Friends and Hannity and the network’s objective “news” side, which includes Wallace’s Fox News Sunday and news anchor Shepard Smith.

The “news” side staff provide an “advantage” for the network’s leaders, according to media analyst Andrew Tyndall. “When people criticize Fox, Ailes can point to Shep as someone who is fair and balanced,” he told The Daily Beast in 2009. “The critics might be right 85 percent of the time, but Shep is the other 15 percent.”

Of course, the notion of a strict divide between the two sides has always been a farce. But the stylistic gap between the two creates friction, which at times leads to staffers from the “news” side criticizing the worst excesses of their “editorial” side colleagues, either in interviews with other outlets or on the Fox airwaves.

Wallace’s experience -- he spent two decades at ABC and NBC before joining Fox in 2003 -- and pedigree -- his father was legendary newsman Mike Wallace -- makes him perhaps the network’s most credible voice. And his comment to the AP is far from the first time he's criticized his colleagues. But Wallace certainly understands Ailes' strategy. “We’re the counterweight” to the rest of the press, he told Jon Stewart in 2011. “They have a liberal agenda, and we tell the other side of the story.” While Wallace is far from the worst offender at Fox, he obviously benefits from the image of the network -- and its competitors -- that the worst offenders create.

Think of Wallace as the Mitt Romney to Fox & Friends’ Trump. Romney, unlike Trump, seems like a personally decent sort, with real political values and some amount of personal character. But in order to gain the Republican presidential nomination in 2012, Romney was willing to seek out Trump’s support. At the time, Romney probably considered Trump a harmless showman whose endorsement could sew up conservative support, and so he looked past Trump’s championing of conspiracy theories about President Barack Obama’s birth certificate. But four years later, when Trump was no longer just a clown, but on the cusp of clinching the Republican nomination himself, Romney ripped into the businessman as a danger to the country.

Like Romney, Wallace was willing to laugh along with the Fox & Friends gang when he considered them relatively harmless “dopes.” But now that he realizes they’re in an actual position of power, he worries about the damage their ilk may be able to do to U.S. institutions.