On April 29, the network aired a segment about a Medium post purportedly from a man named Hunter Kelly accusing Buttigieg of sexually assaulting him earlier this year.

Media Matters did not find a segment since then correcting the report.

The real Kelly has since come forward to deny he wrote the post; he said Wohl and Burkman tricked him after approaching him to ask him to make up the allegation. From The Daily Beast:

Kelly said that Wohl and his similarly infamous cohort, lobbyist Jack Burkman, booked him a flight from Michigan to Baltimore. From there, they drove to Burkman’s home in Arlington where Wohl showed him a draft of a statement detailing the bogus accusations against Buttigieg.

Kelly said he expressed concerns about the scheme but Wohl told him to sleep on it. When Kelly woke at around 11 in the morning, Wohl “was already dressed in a suit because he ‘can’t do a Monday if he isn’t in a suit’” and—of more significance—the fabricated statement had been posted to Medium, along with fake Twitter and Gmail accounts in Kelly’s name.

According to Kelly, Burkman tried to calm his nerves by claiming that he was a “‘star’ and people are eating me up.”

The trio, according to Kelly, ate Subway sandwiches, during which Kelly continued to express his regrets. Burkman and Wohl tried to calm him down by promising to purchase “any house I wanted” and insisting that his family would “get over it.”

Wohl has a history of pushing false claims and hoaxes. He told USA Today in February that he aimed to interfere in the Democratic presidential primaries, including with the use of fake social media accounts, and he previously spread a false claim about Democratic candidate Sen. Kamala Harris (D-CA). The lie about Buttigieg also resembles a similar scheme by Wohl and Burkman involving a fake intelligence service used to fabricate a false sexual assault allegation against special counsel Robert Mueller.

In addition to OANN, other figures and outlets that pushed Wohl and Burkman’s false claim about Buttigieg include: 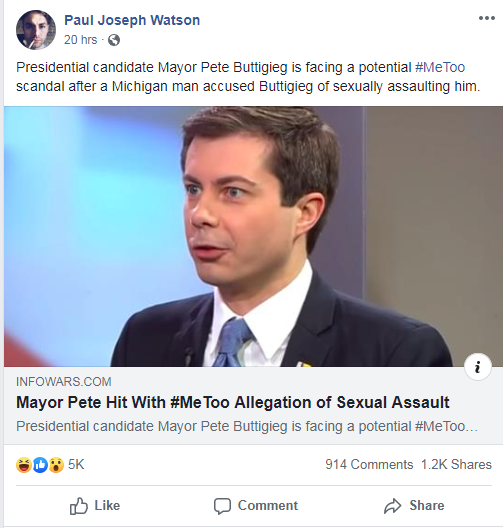 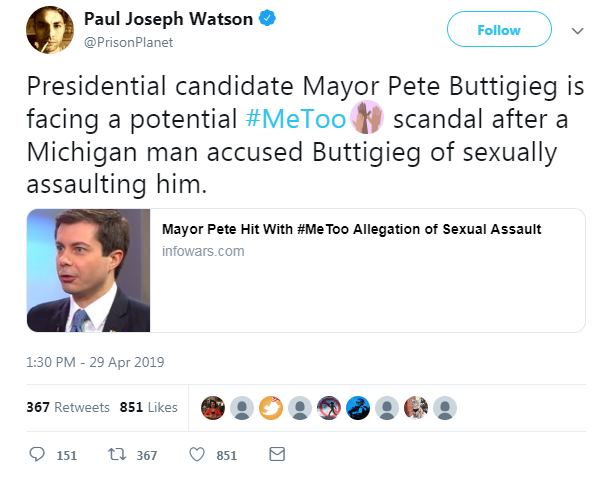 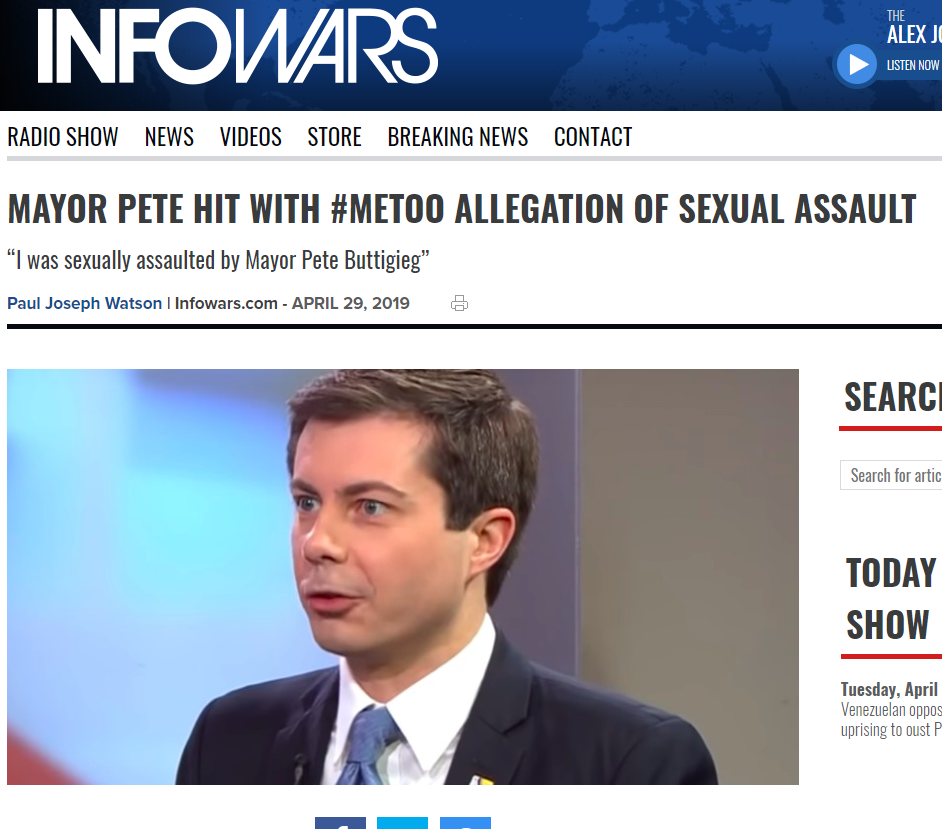 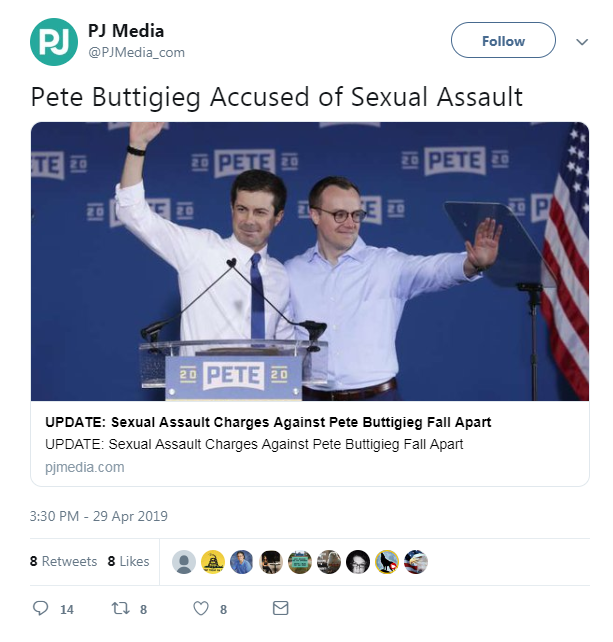 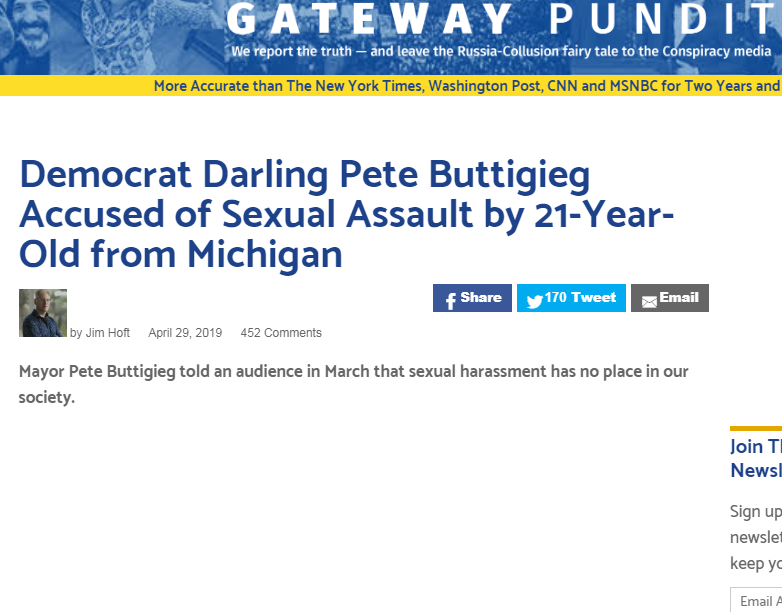 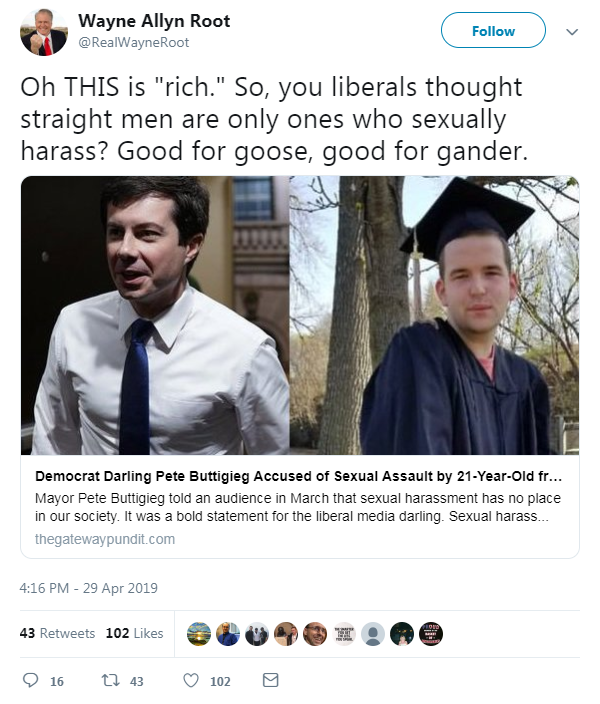 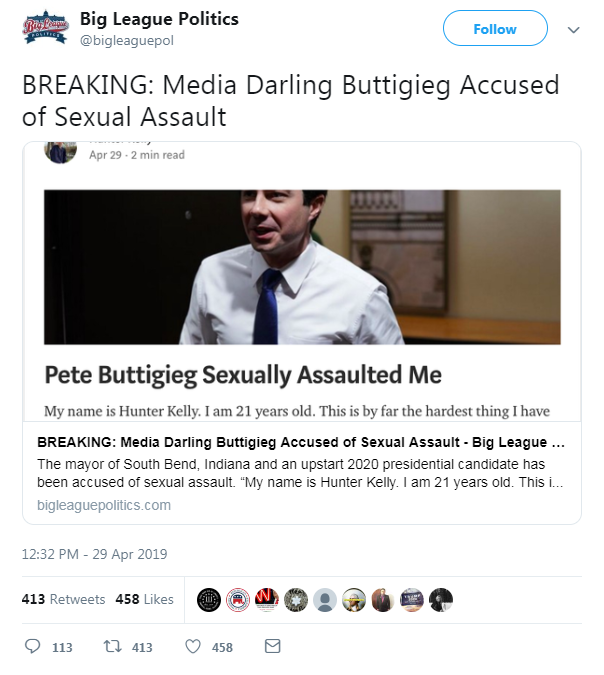 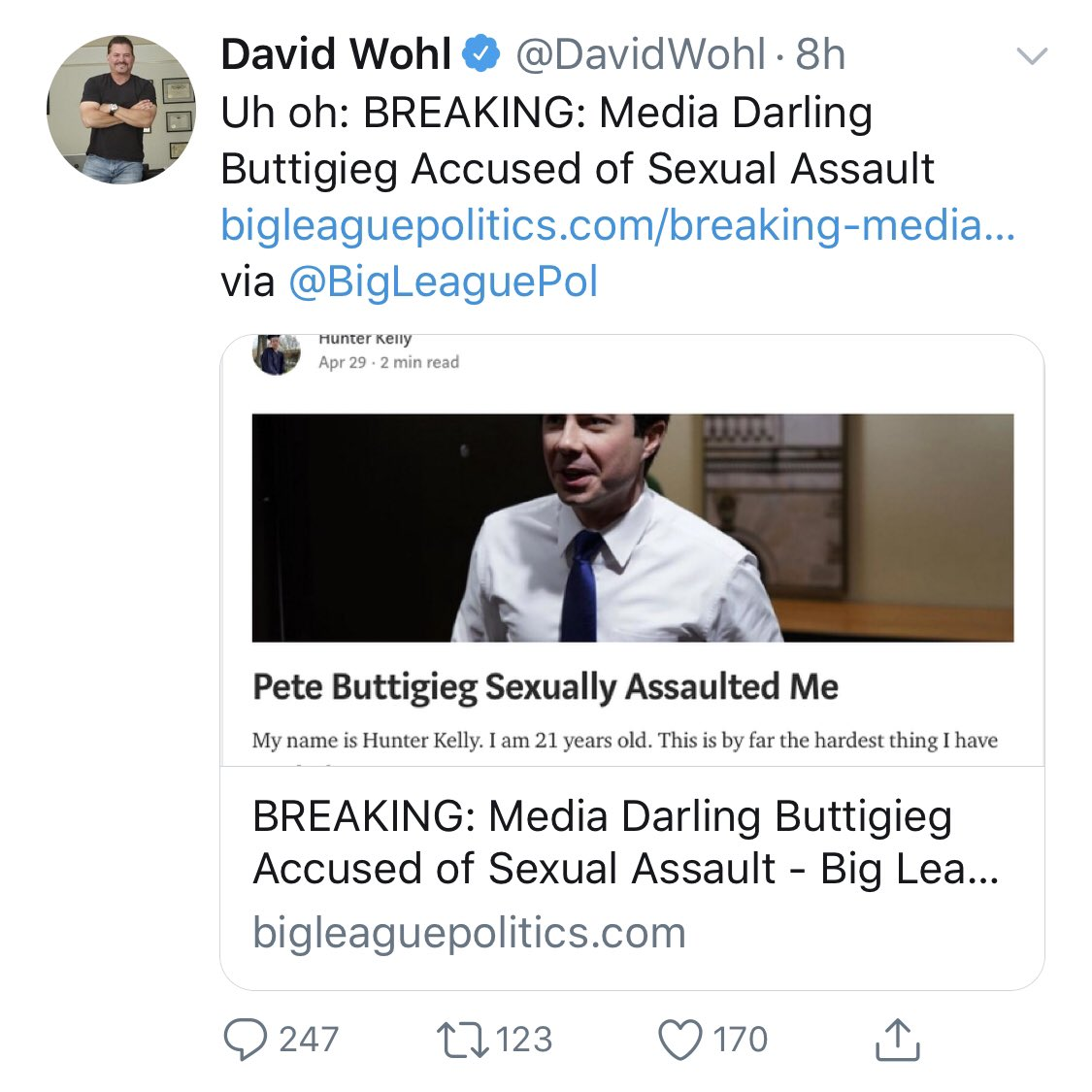 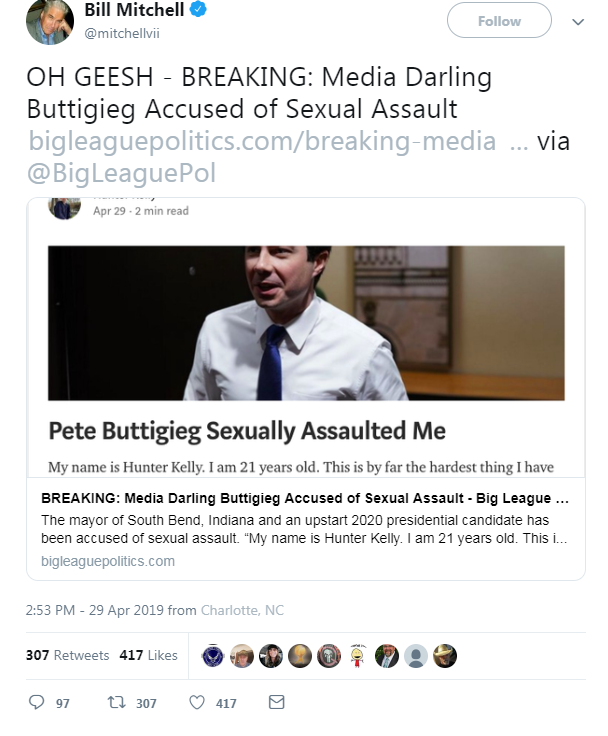 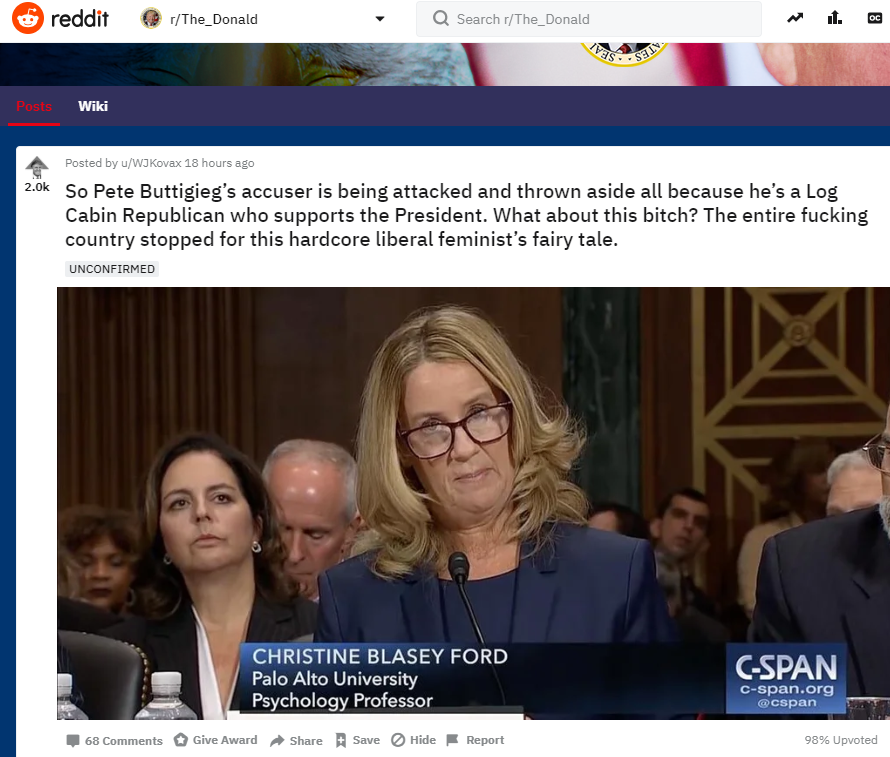 Update (5/1/19): OANN has since aired a segment acknowledging that the allegation against Buttigieg was a hoax from Wohl. On the April 30 edition of The Daily Ledger, guest host Alex Salvi talked about Wohl’s “smear effort” without noting that his own network had pushed the same allegation a day earlier, mocklingly saying, “I mean, we were supposed to believe that Buttigieg announced his candidacy and then immediately went and sexually assaulted someone? It makes no sense.”