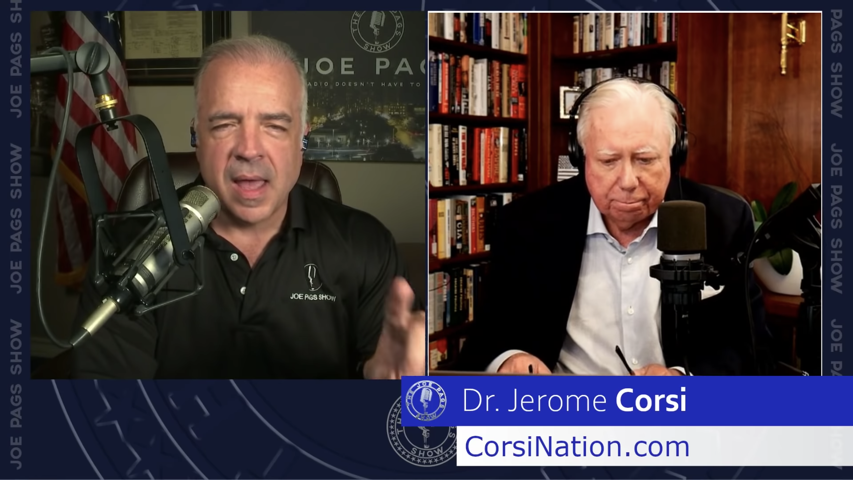 Pagliarulo is a nationally syndicated conservative radio host based in San Antonio, Texas, who has previously voiced anti-vaccination conspiracy theories on his show. According to Talkers magazine, Pagliarulo had an estimated 4.5 million unique weekly listeners last month.

A right-wing conspiracy theorist known for his involvement in special counsel Robert Mueller’s Russia investigation, Corsi recently drew the attention of federal prosecutors over his communications with Dr. Vladimir Zelenko and their promotion of hydroxychloroquine as a treatment for COVID-19. (Zelenko was also prominently featured in the right-wing media campaign on behalf of the drug.) During his appearance on Pagliarulo’s show on July 23, Corsi continued to promote hydroxychloroquine and spread a number of conspiracy theories about COVID-19, including attacks against Dr. Anthony Fauci and Bill Gates.

Pagliarulo first mentioned Gates, who has been a frequent target of far-right conspiracy theories around the coronavirus pandemic, asking, “Why the hell does the guy who founded Microsoft, why does he want me to take a vaccine so badly?” Corsi then proceeded to make a number of false accusations, suggesting that Gates could be promoting a coronavirus vaccine as part of an attempt at population control, that Gates is planning to implant microchips into vaccine recipients, and that one of Gates’ vaccination efforts actually led to an epidemic. Corsi also repeated the widely debunked claim that vaccines can cause autism.

Corsi also falsely suggested that Fauci was hesitant to promote hydroxychloroquine because he held a financial interest in other treatments through patents that he holds. PolitiFact has debunked this claim, and there is little evidence supporting the use of hydroxychloroquine as a coronavirus treatment.