On Sunday, August 29 -- 16 years to the day that Hurricane Katrina made landfall -- Hurricane Ida slammed into Louisiana.

A Media Matters analysis found that over a 96-hour period from August 27-30 -- during which Ida rapidly intensified to a Category 4 hurricane and knocked out power for more than 1 million in Louisiana -- corporate broadcast and cable news shows rarely connected the devastating storm to our dangerously warming climate. Just 4% of the combined 774 total TV news segments on Hurricane Ida mentioned climate change. 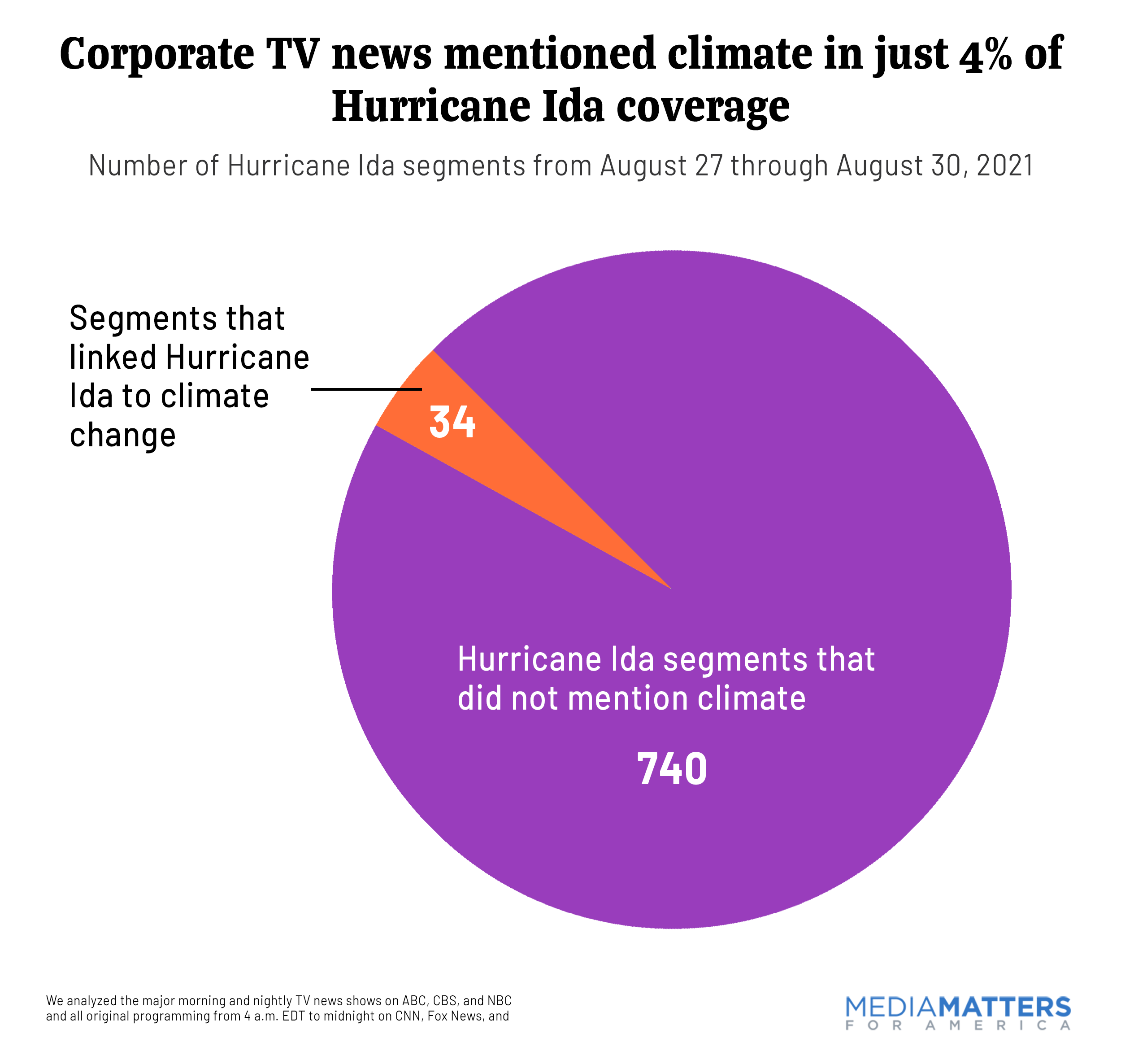 Scientists have repeatedly warned that global warming is making storms like Ida stronger and wetter and even proved the extent to which human-caused warming has increased the damage caused by specific storms. Before Ida even hit land, climate scientists were warning that the storm could rapidly supercharge due to the warm ocean water it would pass over in the Gulf of Mexico.

The storm intensified so quickly that it hindered evacuation efforts, particularly for those without resources or transportation . In fact, the impossibility of evacuation in the face of a life-threatening storm is just one of the ways climate-fueled events, like hurricanes, disproportionately affect marginalized communities and communities of color. With few exceptions, this reality was not part of the Hurricane Ida coverage.