Savage has pushed incredibly bizarre conspiracy theories and hateful rhetoric, and he has been closely connected to President Donald Trump and the White House. He pushed the latest conspiracy theory on Twitter and his website:

IS DR. FORD DEEPLY TIED TO THE CIA? pic.twitter.com/QcRLchqGGn

Savage’s conspiracy theory makes three claims about Ford’s connections to the CIA, all of which are false or baseless:

Savage’s false claim is rapidly spreading, and was promoted during Alex Jones’ September 28 broadcast. The conspiracy theory is also indicative of how search platforms like Google amplify such clear falsehoods. A Google search for “Christine Ford CIA” done in a private browsing window aggregated YouTube videos pushing the conspiracy theory and Savage’s website as the top results: 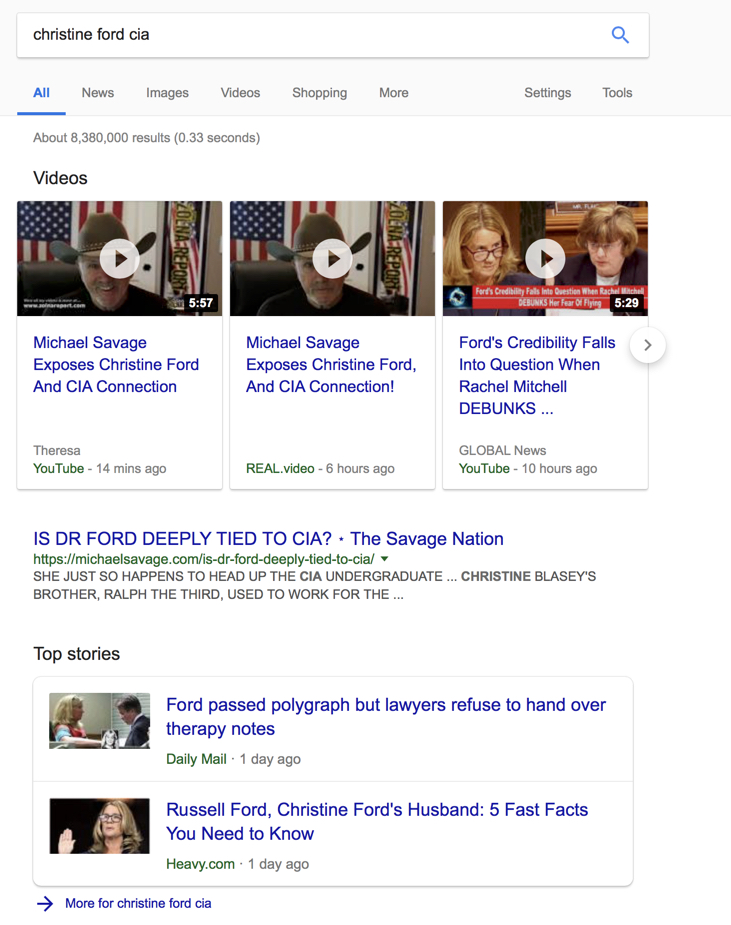 The CIA conspiracy theory is just one of several false narratives related to Ford’s brother. A claim that he also worked with former FBI agent Peter Strzok’s sister-in-law has been spreading on voat and 4chan, and has turned into a meme spreading on Twitter and Facebook.