On April 23, Alek Minassian allegedly drove a van into a crowd of pedestrians in Toronto, Canada, killing 10 and injuring 15. In posts on Facebook that the social media company has confirmed as his, Minassian alluded to online message board 4chan’s women-hating “involuntary celibate” community (whose members call themselves “incels”). The “incel” community, part of the broader “men's rights” community, has cheered the attack, while right-wing conspiracy theorists and far-right trolls have blamed it on Islam.

In his social media posts, Minassian also used the terms “Chads” and “Stacys,” which are often used by online “incel” communities to mean “attractive popular men who are sexually successful with women” and their female partners.

CBC says that Facebook confirmed this post from the Toronto rampage suspect — heavy with references to being involuntarily celibate, 4Chan and “Chads and Stacys” — is real https://t.co/IEZQSRY2LW

In the same post, Minassian praised Elliot Rodger, who went on a killing rampage in Isla Vista, CA, in 2014 that Rodger described in a note as a “Day of Retribution” for his virginity, which he attributed to “the cruelness of women.” The incel community often celebrates and discusses Rodger, and in his post, Minassian wrote, “All hail the Supreme Gentleman Elliot Rodger!”

Sites linked to the “incel” community responded to Minassian’s attacks with violent memes, celebratory postings, and called for “More Trucks of Peace,” in apparent reference to the use of heavy vehicles to attack pedestrians. The most popular post had memes calling for a “Beta uprising” saying, “It’s now or never.” In the message thread, one poster complained about not having a “good enough weapon,” to which another member replied, “Get a car you cuck.” 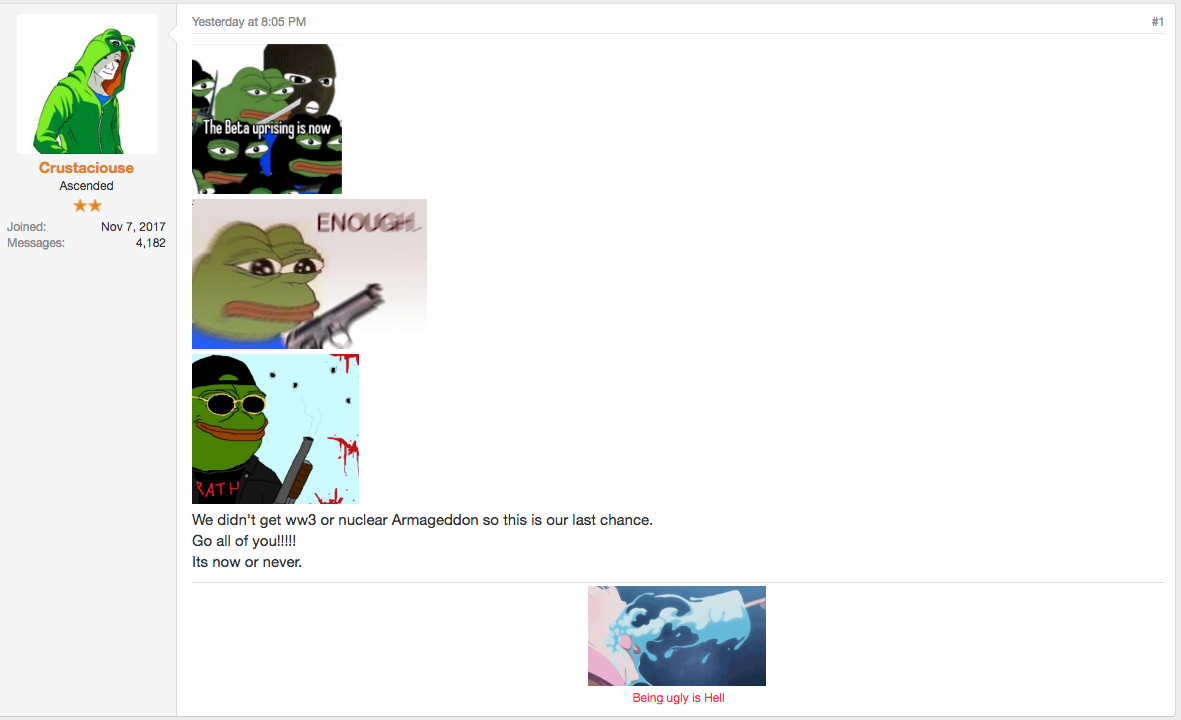 In the aftermath of the attack, conspiracy theorist Alex Jones scrambled to connect the attack to Islam during his live show. In a later video titled “Reporters Face Ten Years In Prison For Covering Islamic Truck Attack In Toronto,” Jones claimed that such truck attacks were “part of radical Islam” and said that the accent of the killer “sounds Islamic, sounds Middle Eastern.”

Even after learning of the alleged killer’s ties to women-hating groups, Jones continued to link the attack to Islam during his April 24 broadcast, claiming that “he has an Islamic-sounding last name” and that “he’s a foreigner” and attributing the misogynistic aspects of the “incel” movement to Islam. 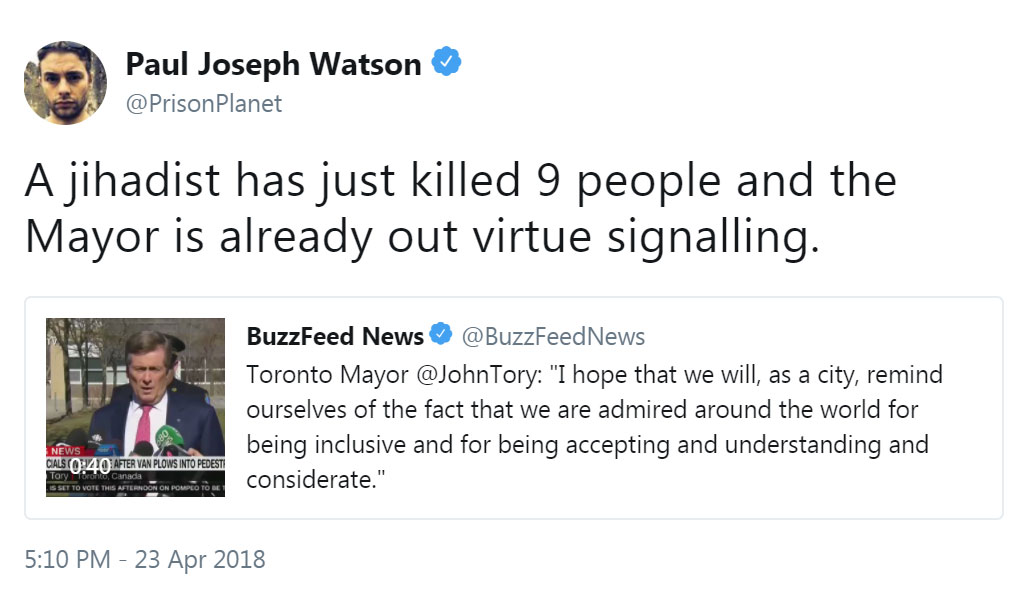 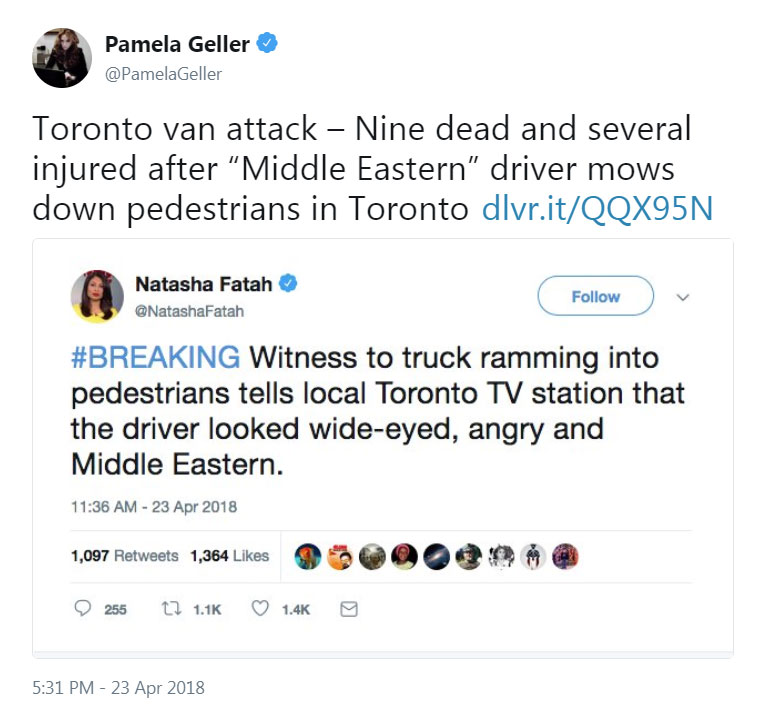 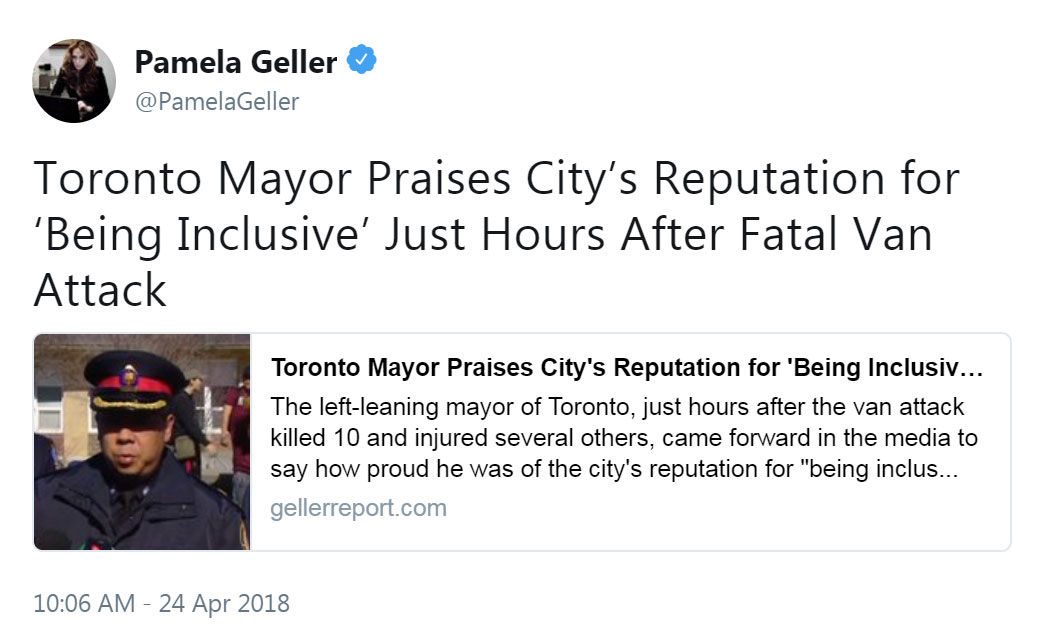 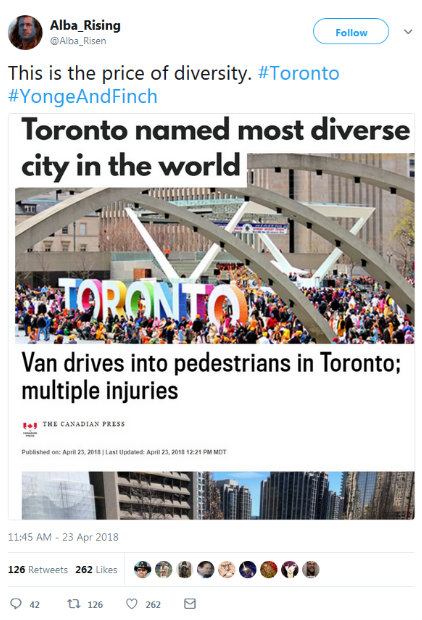 In a since-deleted Facebook post, the Canadian chapter of McInnes’ Proud Boys chimed in with anti-immigrant sentiments, stating, “The blood may be directly on the hands of the Trudeau regime for this latest terror attack.” 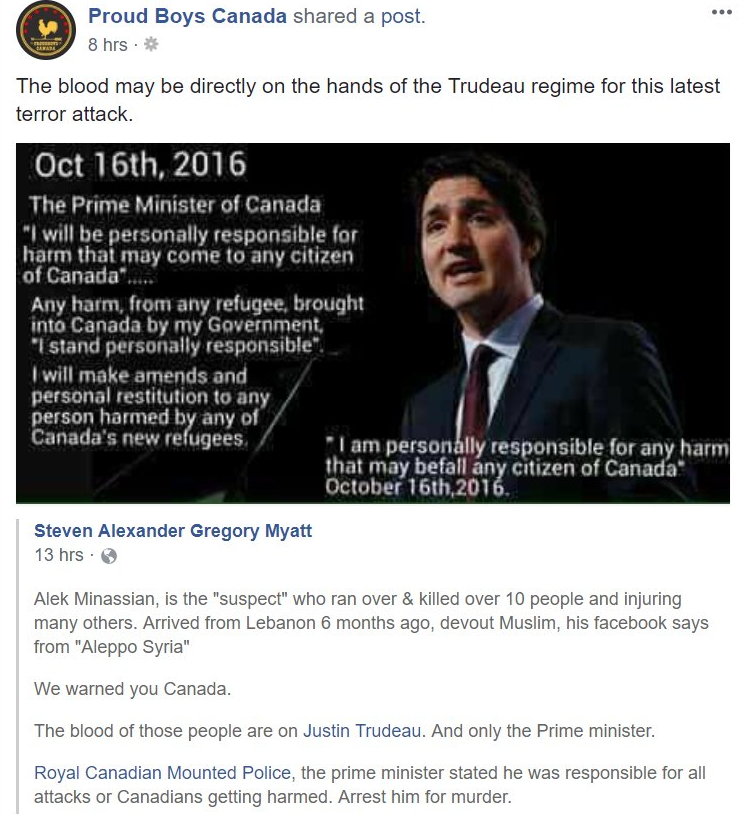 Fox News’ line of questioning suggested the attack had connections to ISIS. Immediately following a press conference in which authorities explained that the identity and motives of the attacker were still unknown, guest Howard Safir and host Maria Bartiromo discussed strategies to combat ISIS, suggesting to audiences a motive and connection that had not been confirmed by authorities.

A Reddit thread connected the attack to Islam: “It's such a sad thing that civilized western nations are allowing this to happen. There's a reason why Islamic nations are in a constant state of tyranny or chaos”:

A 4chan thread linked the tragedy to the QAnon conspiracy theory: A thread in the “politically incorrect” 4chan message board connected the attack to the Alex Jones-endorsed far-right conspiracy theory known as “The Storm” or QAnon. The conspiracy theory posits that President Donald Trump has a master plan to kneecap members of the “deep state” and that an intelligence officer with the highest clearance level is keeping people informed by posting anonymous messages and signing them as “Q.” 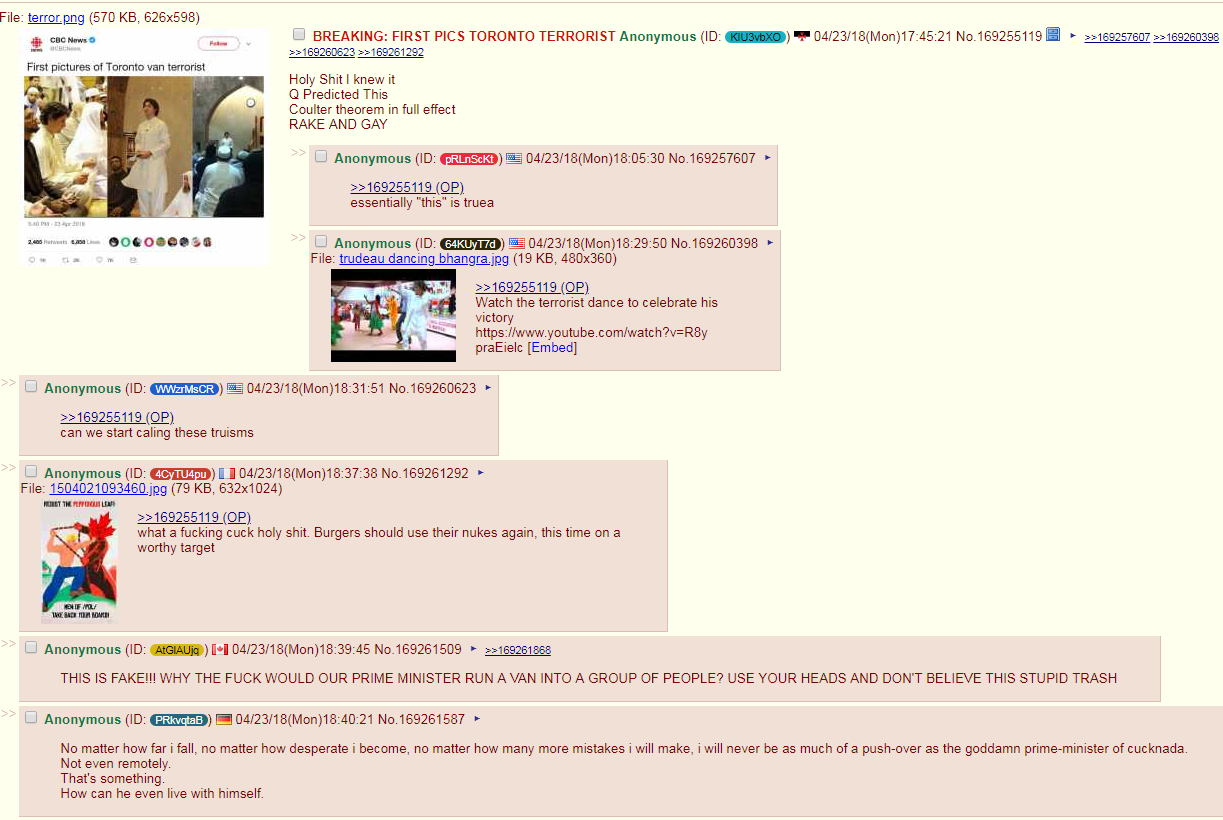 On YouTube, the channel ThePureVeritas claimed that the attacker was a “MUSLIM man.” The video is still up and has over 9,000 views.

“While police have yet to reveal the motive behind the attack, the timing of the incident coupled with the cultural shift in Canada raises serious questions. … It also comes as Canada has become a hotbed for radical Islamic terrorism. Canada has not only allowed tens of thousands of Muslim migrants to assimilate to the nation, there has also been a dramatic uptick in crime against civilians. … [Trudeau’s] allowing Sharia Law to overtake Canada, and now innocent civilians aren’t even safe to walk down the street any longer.”

Natalie Martinez and Alex Kaplan contributed research to this piece.