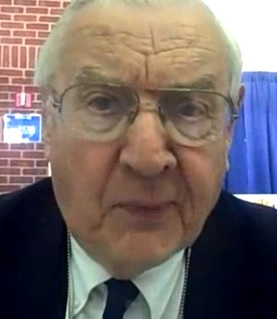 In a July 1 column Kinsolving - who has a penchant for linking homosexuality with bestiality and pedophilia - asserted that legal protections for such practices are the inevitable consequence of the Court's rulings on the Defense of Marriage Act (DOMA) and California's Proposition 8:

“There is no place for discrimination in America based on sexual orientation.”

That should be an absolute boon for those alternate Mormons who still believe in polygamy - as well as the polyandrous (women who would like to have more than one husband at a time).

Then, consider the great joy of members of the North American Man/Boy Love Association, or NAMBLA, which was allowed to march - men with their small boy lovers - in gay parades in both New York and San Francisco.

Among the many other alternate sexual orientations that may well be counted upon to cite this Supreme Court decision are:

Kinsolving cites the myth - popularized by the American Family Association, a notorious anti-gay hate group - that the American Psychiatric Association recognizes 30 different sexual orientations, including the aforementioned practices, to baselessly push this prediction. In reality, the association does no such thing. But stubborn things like facts won't stand in the way of WND and its ensemble of conspiracy cranks, bigots, and homophobes.