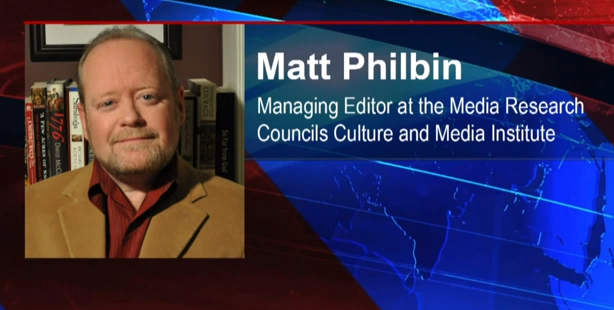 An op-ed in the conservative Washington Times assailed the campaign for transgender equality, lamenting that “you no longer need lady bits to be a lady” and asserting that the LGBT movement is part of a broader left-wing effort to “dismantle” Western civilization.

In an October 9 column, the Media Research Center's Matt Philbin complained that it's becoming increasingly unacceptable to misidentify transgender individuals. According to Philbin, the notion that we should respect a person's gender identity is emblematic of a larger leftist cult of identity:

My privilege invalidates my perspective on how you identify.

If you had to read that sentence twice and maybe are still unsure what it means, you're woefully unfamiliar with contemporary liberal-speak. You see, “identify” and “privilege” are terms with great currency on the left these days. They are also two sides of the same magic coin, minted to instantly quash dissent and silence argument.

This became abundantly clear recently when I made the mistake of commenting on Twitter about the latest 6-year-old “Princess Boy” news story. My crime, according to the liberals I offended, was declining to call a boy a girl. I'm rather a stickler for reality, and because the child was a biological boy, to my benighted thinking, the male pronouns still applied.

First, that matter of “identifying”: In 2013, you no longer need lady bits to be a lady. You need only “identify” as one -- reality be darned. In modern America, you can't earn a living the way you want to, or build on your own property if it impacts the habitat of the spotted slug. But call yourself a halibut, and you can self-righteously demand the world cover you in beurre blanc and serve you with a dry white.

How you identify is sovereign. If Bradley Manning says he's Chelsea, then, by golly, the world is expected to send gender-warming gifts with a C embroidered on them. (Would his and hers hand towels be inappropriate?) We're all expected to choose sides in Manning's argument with biology, and make no mistake: Biology is in the wrong. Anyone with the temerity to point out the empress has no womb is a bigot.

Woe unto the pronoun refusenik who happens to be a straight, white guy. As my possibly straight and definitely white Twitter interlocutors so damningly pointed out, I am guilty as charged. Told to “check my privilege,” my instinctual response was to suggest they check their bong. In their eyes, I am a creature of privilege. My skin color and reproductive organs -- and how I use them -- have imparted it. White privilege makes my perspective invalid and my opinion unwelcome, as long as I'm disagreeing with liberals.

This charge of privilege amounts to a simple statement: You had your time, white guy. You built this civilization. You're going to sit quietly while we dismantle it. So “check your privilege” and shut up. [emphasis added]

Philbin may cloak his unabashed transphobia in a commitment to basic “biology” and “reality,” but the medical community affirms that transgender people exist and are not mentally disordered.

In 2012, recognizing that transgender people should be treated affirmatively and assisted in their transitions, the American Psychiatric Association (APA) removed gender identity disorder from the Diagnostic and Statistical Manual of Mental Disorders. The APA's new diagnosis - gender dysphoria - acknowledges the emotional turmoil as a consequence of “a marked incongruence between one's experienced/expressed gender and assigned gender.”

Although Philbin imagines that the fight for LGBT equality is really about exacting revenge on straight, white males, it only poses a threat to the social acceptability of the anti-LGBT bigotry constantly displayed in the pages of The Washington Times.