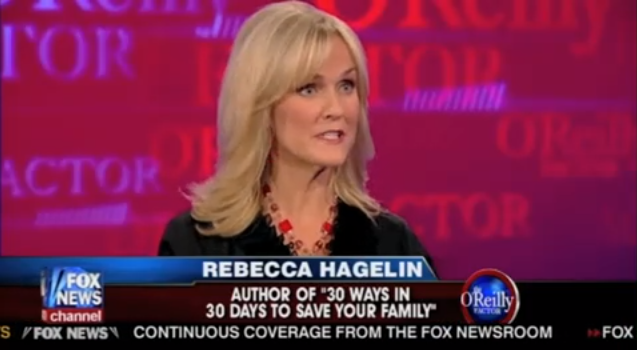 Washington Times columnist Rebecca Hagelin denounced comprehensive sex education programs as part of a “deplorable” effort to sexualize the nation's students - ignoring data showing that students in such programs tend to delay sexual activity - and listing discussions of homosexuality as an example of the “lurid propaganda” sexual education allegedly promotes.

Imagine, even further, that the school district representative, when asked about the poster, shrugs and says it is part of a health and science curriculum that “aligns with national standards” of sexuality education.

You'd be right to be mad.

But this isn't a thought experiment. This is real-life “sex ed” in the heartland of America.

Mark Ellis, a man whose daughter attends a public middle school within the Shawnee Mission School District in Kansas, made the news when he found out the truth about what goes on in America's schools these days. He was shocked at the explicit nature of the school-authorized poster and perplexed by the school's claim that its sexual education curriculum is meant to promote abstinence.

“This has nothing to do with abstinence or sexual reproduction,” he said.

He's right. But, sadly, many of our nation's public schools teach the lurid propaganda every day.

The reason is quite simple.

For the political left, children have a “right” to have sex with no guilt, no consequences and no commitments. And they are going to teach them how to do it, by golly.

Educators, school boards and school districts have been snowed by “experts” who peddle the claim that “comprehensive” sex education programs are designed to promote abstinence as much as “safer sex.” They are not. Sprinkling a few words about abstinence into a curriculum loaded with explicit “how to” information is simply a subterfuge.

The real agenda is to expose innocent children to sexual practices that they couldn't even imagine at their tender ages without some adult planting the idea into their heads.

While Hagelin charges that sex ed is about teaching students “how to do it, by golly,” such a claim distorts both the intent and the outcomes of such programs. The Kansas school district Hagelin cited included the poster as part of an “abstinence-plus” curriculum. State standards require schools to emphasize abstinence, but allow them to give students information about safe sex and contraception. Although Hagelin insists that comprehensive sex ed turns our precious children into sex fiends, research finds that students in such programs actually have sex later than those who haven't participated in them.

Hagelin seems intent on uncovering the “real agenda” behind sex ed - evidence be damned - but all her column really illuminates is her own narrow-minded agenda, which consists of marginalizing LGBT people as unequal and abnormal. It's precisely the sort of narrow-minded bigotry consistently spewed by the rabidly homophobic Washington Times.