Right-wing media and anti-abortion figures recently raised objections to a "horrible new ad” attributed to Planned Parenthood -- despite the so-called ad actually being a 2015 video from a political action committee, not Planned Parenthood. However, as conservative figures continued to express shock and disgust, people on social media started to make threats of violence against the health care organization citing shares of the 2015 video online. This isn’t the first time that right-wing media have manufactured outrage that resulted in harassment and threats toward abortion providers, patients, and clinics.

As the video spread on social media, some right-wing and anti-abortion circles started spreading the lie that it was a recent Planned Parenthood ad 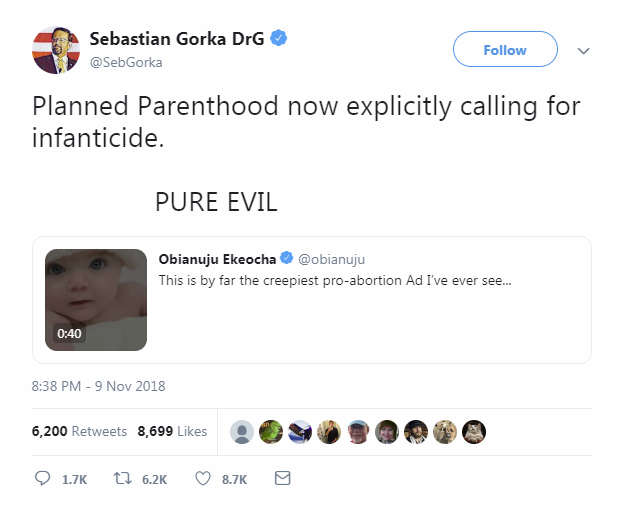 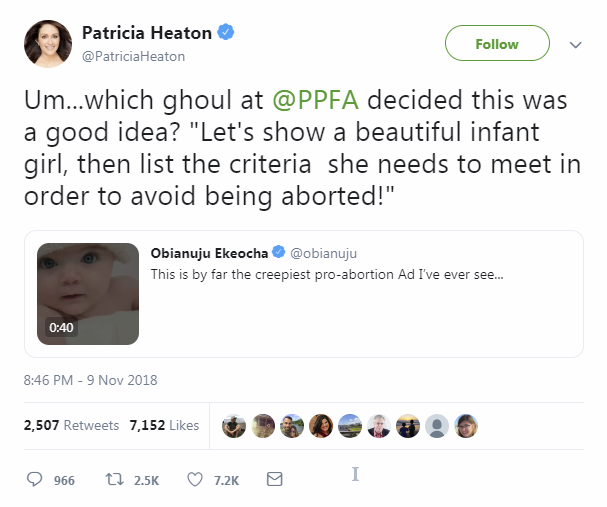 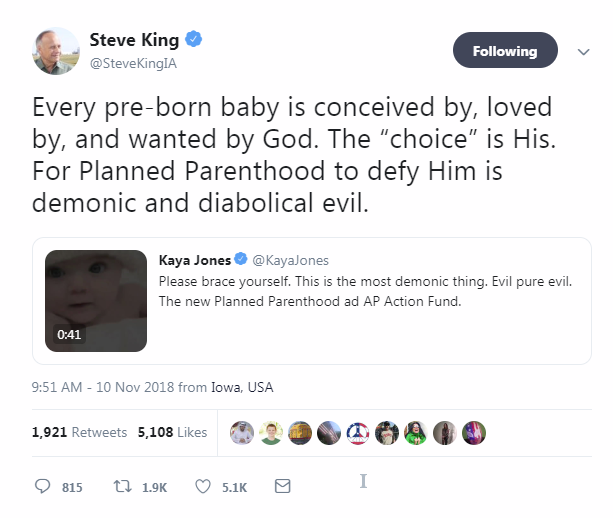 Here's the other thing, the big elephant in the room. Notice that the video features a happy, well-fed, very pretty, white baby girl. Smell the racism?

Planned Parenthood is effectively saying to go ahead and dispose of those. 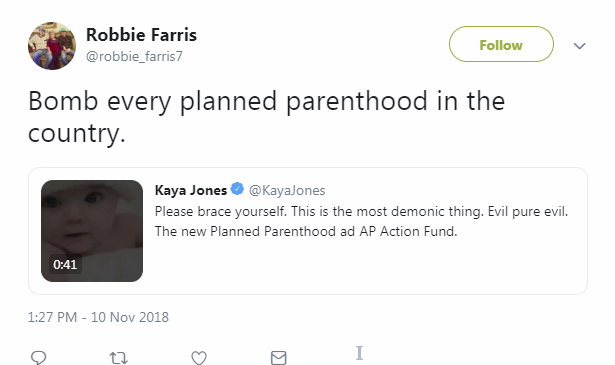 There have been actual acts of violence against abortion providers incited by lies that right-wing and anti-abortion media have pushed. In the past, extreme language and falsehoods by figures in right-wing and anti-abortion media have led to harassment, threats, and actual violence against abortion providers -- most recently in 2015, when Robert Dear allegedly opened fire in a Colorado Springs Planned Parenthood clinic, killing three and injuring nine more. After the attack, Dear reportedly said the phrase “no more baby parts” as an explanation for his actions, seemingly referring to an oft-repeated right-wing media talking point based on discredited undercover videos from the anti-abortion group Center for Medical Progress. In 2009, after Dr. George Tiller was assassinated by an anti-abortion extremist following repeated attacks from then-Fox News host Bill O’Reilly, Rolling Stone wrote, “O’Reilly had waged an unflagging war against Tiller that did just about everything short of urging his followers to murder him.” Outside of these high-profile examples of violence, right-wing media have often targeted abortion providers and pro-choice advocates, resulting in threats and harassment against those individuals. [Media Matters, 12/2/15, 6/4/09, 12/1/15, 9/20/17; New Republic, 12/15/16; Rolling Stone, 4/19/17]