On Saturday, October 20, President Donald Trump floated a new claim that he and Republican leaders are planning to implement a “very major tax cut” for middle-income Americans “sometime just prior, I would say, to November.” GOP policymakers reportedly had no idea what Trump was talking about, and Congress is not even in session to pass this supposed tax plan, so it appears that this claim is just another blatant lie by the president. Nevertheless, multiple media outlets have run headlines built around Trump’s completely unsupported promise of a “middle-income tax cut.”

Media have a long history of privileging obvious lies, frequently from conservatives, but their repeat shortcomings are even more egregious when applied to a president who lies all the time. The Washington Post’s Greg Sargent wrote in December 2016, “If the headline does not convey the fact that Trump’s claim is in question or open to doubt, based on the known facts, then it is insufficiently informative.” According to Sargent, “If the known facts show that his claims are false or outright lies, the headline should clearly indicate that, too.”

By constructing headlines that only repeat Trump’s unfounded claim and fail to note that the claim is without evidence, media outlets convey as fact something that is almost certainly untrue. This failure leaves readership critically misinformed, and it is particularly egregious when committed by The Associated Press and Reuters, whose articles and headlines are syndicated to countless outlets nationwide. This shoddy practice also reveals these media organizations as easy marks for the president to manipulate into pushing his dishonest messaging onto the country. 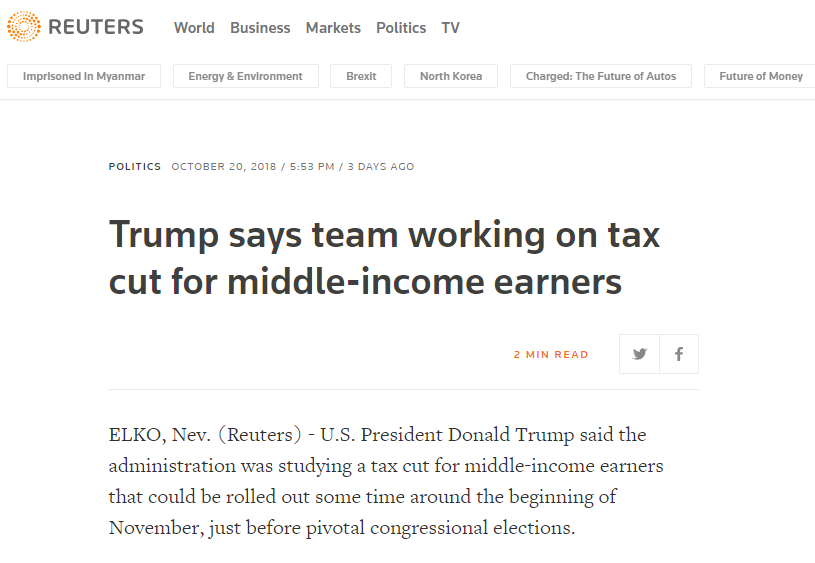 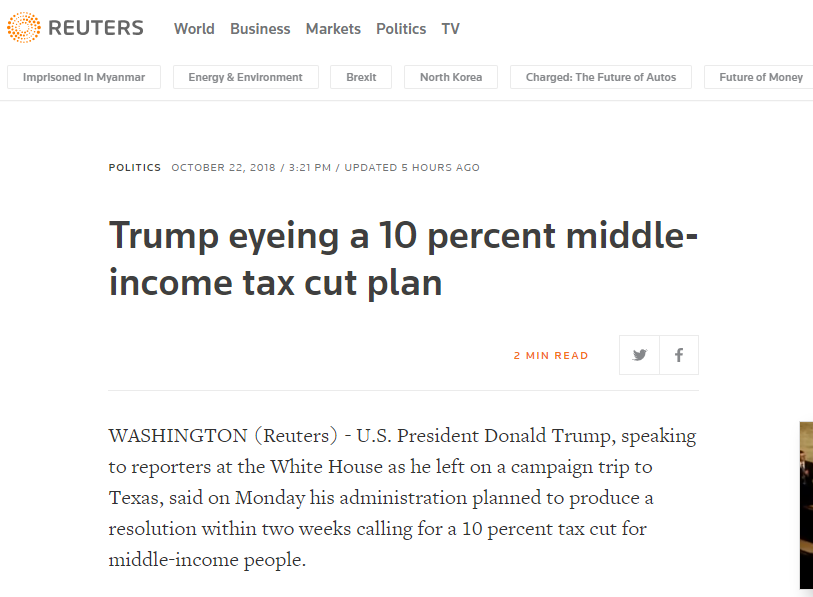 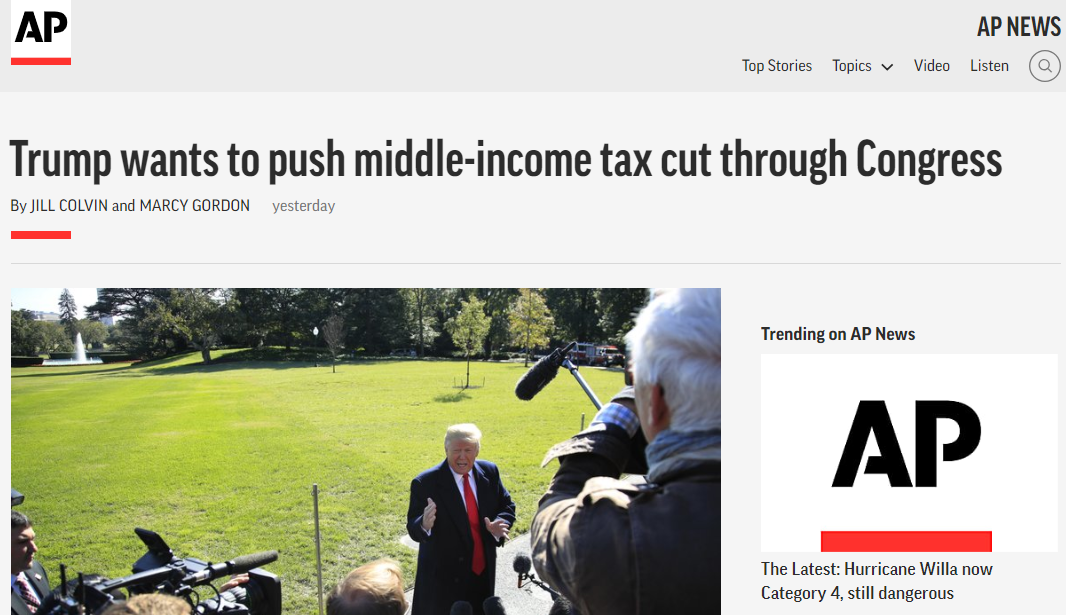 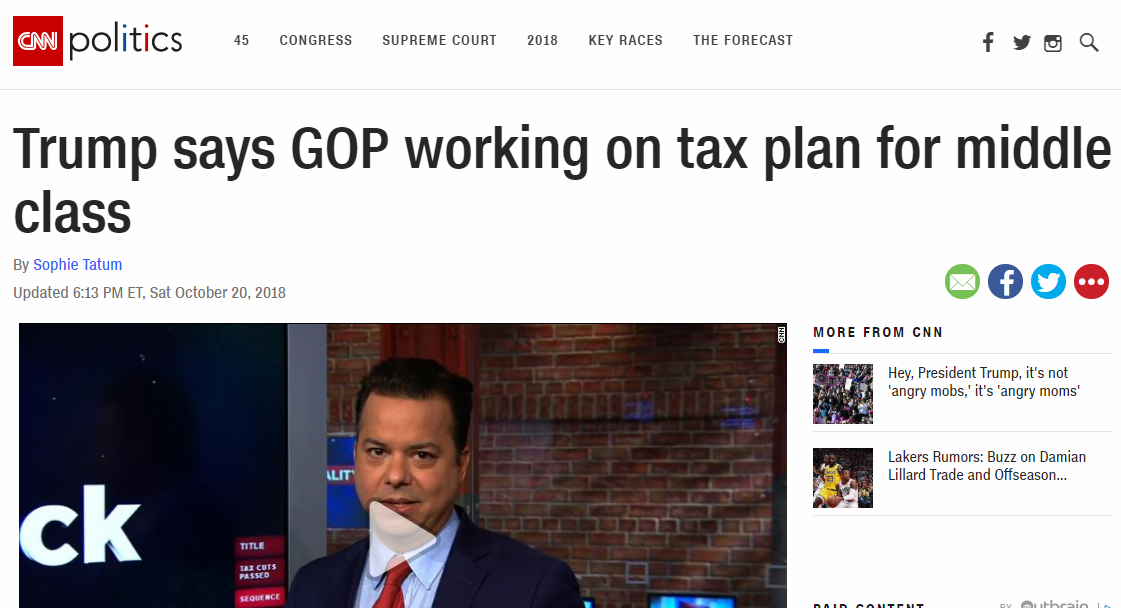 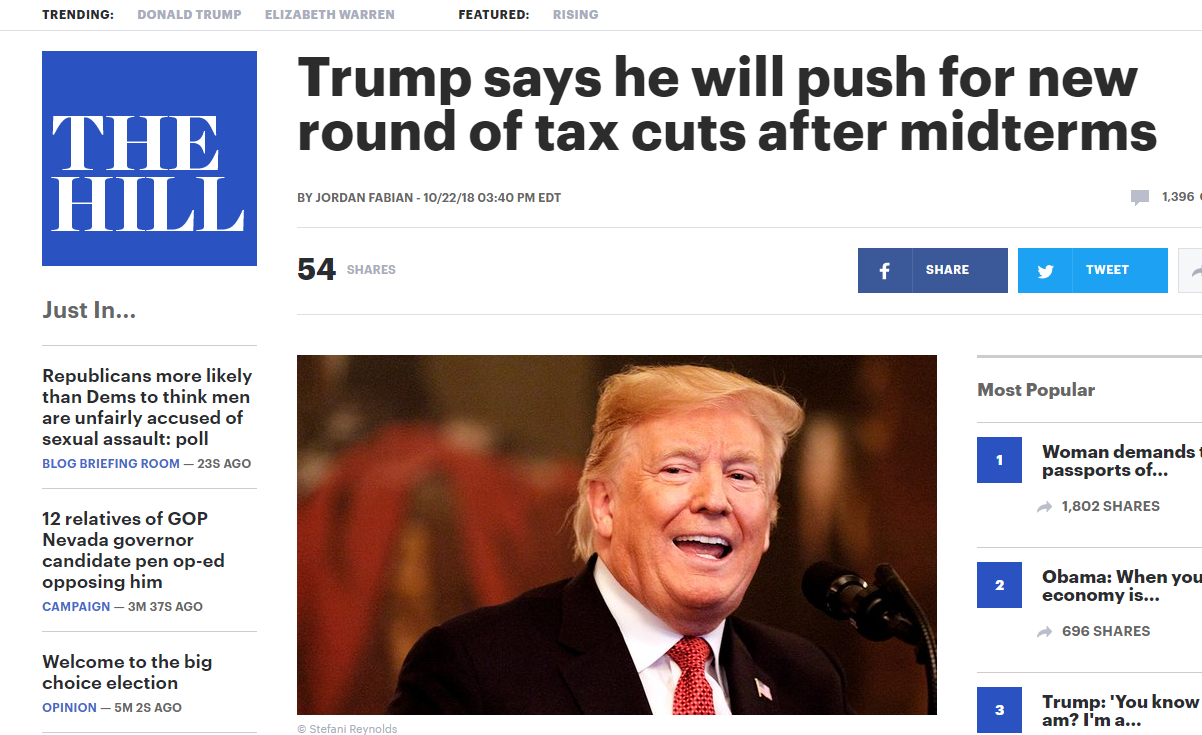 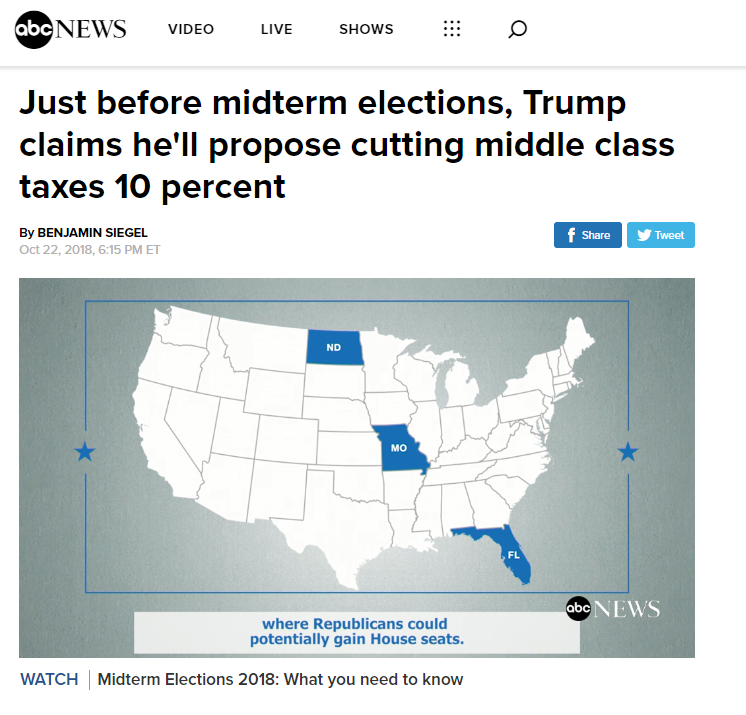 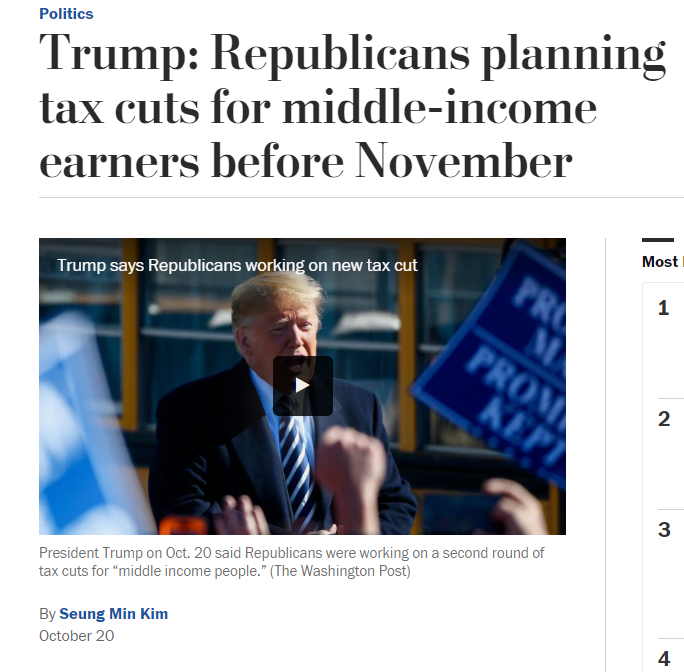 Trump looking at “major tax cut” ahead of midterms 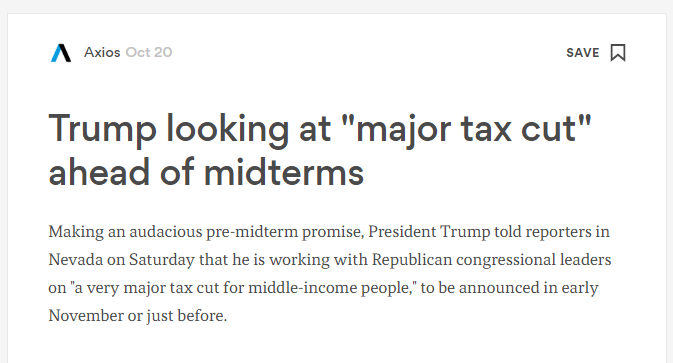 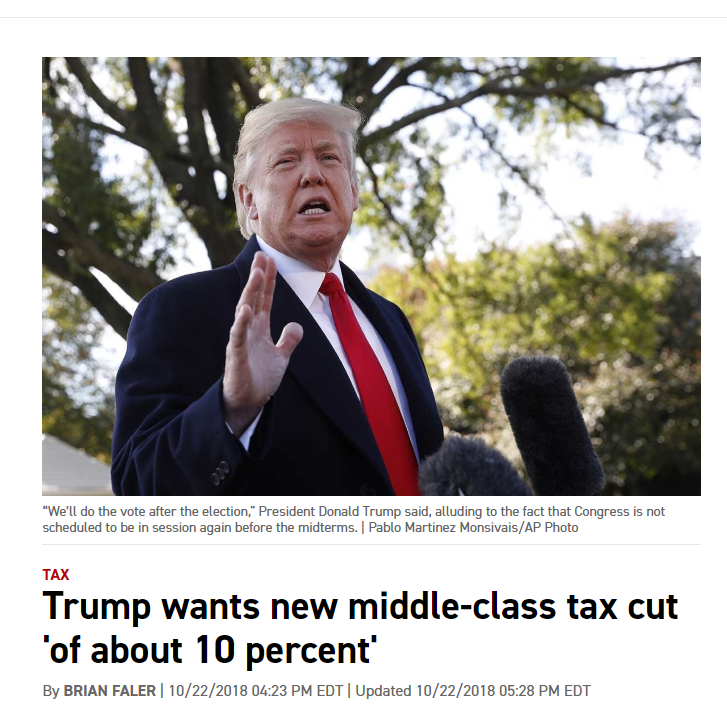 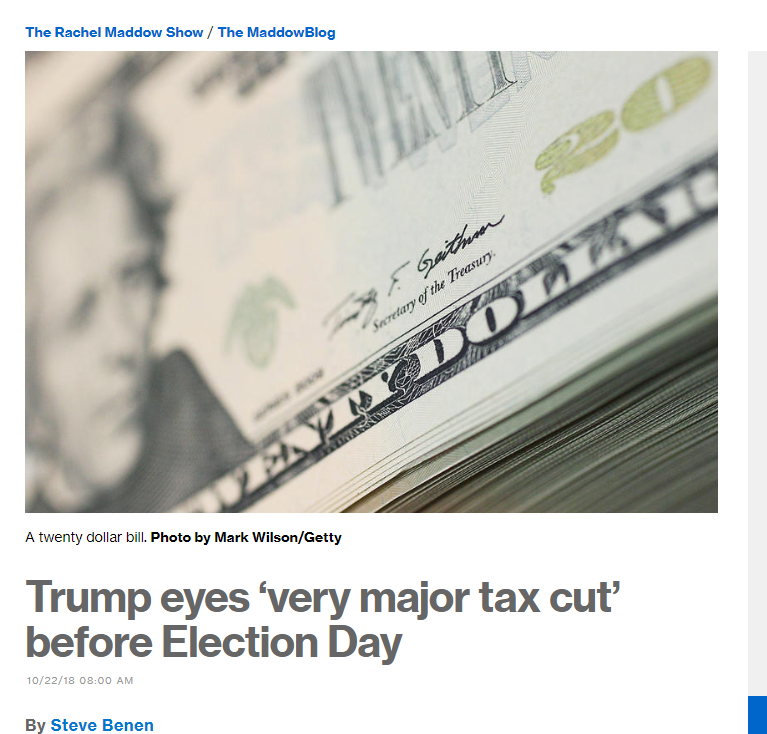 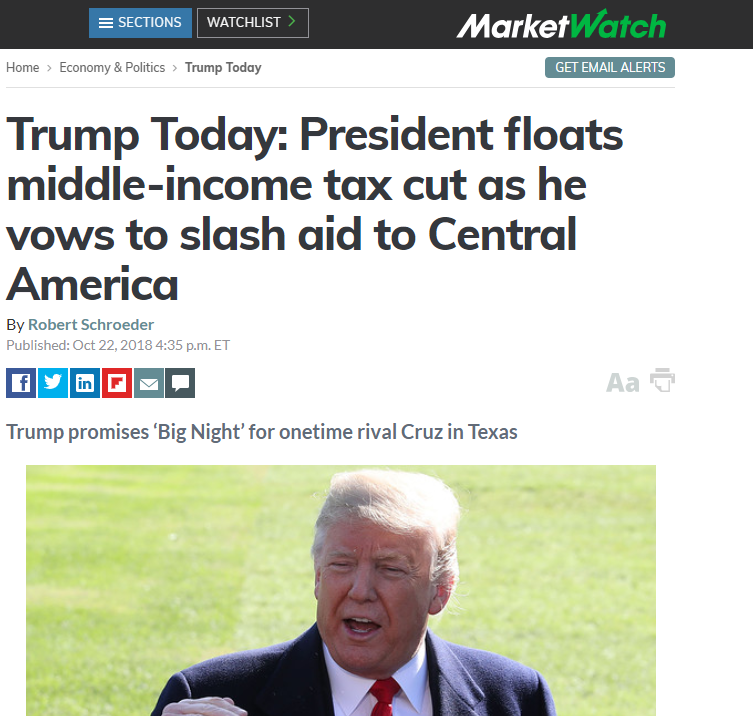