The tree in question isn't the official tree, of course. That tree, The National Christmas Tree, is located on the Ellipse between the White House and Constitution Avenue. Obama not only attended the tree lighting for the National Christmas Tree, but he and his family lit the tree themselves. In his remarks at the tree lighting ceremony, Obama greeted the public by saying: “Merry Christmas! Merry Christmas!” Obama further commemorated the event with the following remarks:

For 89 years, Presidents and Americans have come together to light the National Christmas Tree. And this year is a special one. This year, we have a brand new tree. The last one stood here for more than 30 years -- until we lost it in a storm earlier this year. But we all know that this tradition is much larger than any single tree. And tonight, once again, we gather here not simply to light some decorations, but to honor a story that lights the world.

More than 2,000 years ago, a child was born to two faithful travelers who could find rest only in a stable, among the cattle and the sheep. But this was not just any child. Christ's birth made the angels rejoice and attracted shepherds and kings from afar. He was a manifestation of God's love for us. And He grew up to become a leader with a servant's heart who taught us a message as simple as it is powerful: that we should love God, and love our neighbor as ourselves.

That teaching has come to encircle the globe. It has endured for generations. And today, it lies at the heart of my Christian faith and that of millions of Americans. No matter who we are, or where we come from, or how we worship, it's a message that can unite all of us on this holiday season.

Here is the ornament that struck up the right-wing outrage: 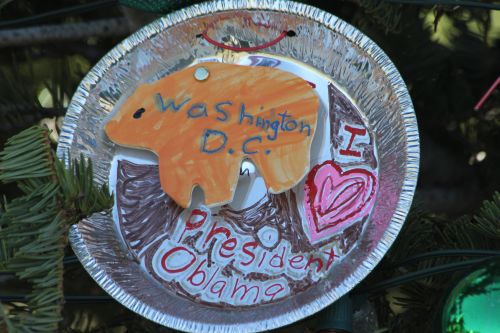 CNS News was the first to manufacture the outrage. In a December 19 post titled “U.S. Capitol Christmas Tree Pays Homage To Obama--But Not Jesus,” the article complained:

[T]he official 2011 Capitol Christmas Tree includes a prominently displayed ornament paying homage to President Barack Obama, but includes no ornament readily visible to a person standing near the tree's base that uses the word “Christmas,” or includes an image of the Nativity, or bears the name or image of Jesus Christ.

The story was quickly picked up by several right-wing media outlets. Glenn Beck's website The Blaze posted a portion of the CNS News article under the headline “No Jesus Ornaments On The 'Capitol Christmas Tree' - But It Does Celebrate Obama!” while the Drudge Report linked to the CNS News post with the headline “US Capitol Christmas Tree Honors Obama, Not Jesus Or Christmas.”

Manufactured controversy over Christmas ornaments is hardly anything new to the right-wing media. Last year, Andrew Breitbart followed by Fox News and others struck up outrage over ornaments that were made by local community groups that depicted an Andy Warhol painting of Mao, Obama's head on Mount Rushmore, and celebrity drag queen Hedda Lettuce. 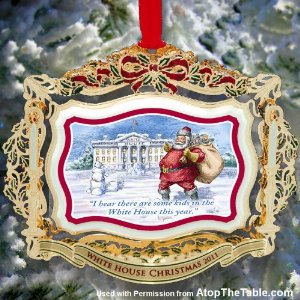 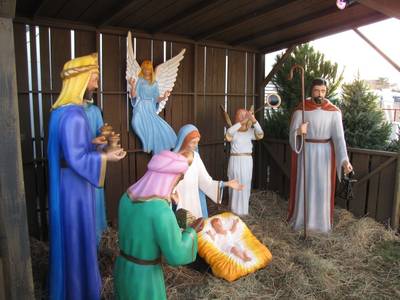