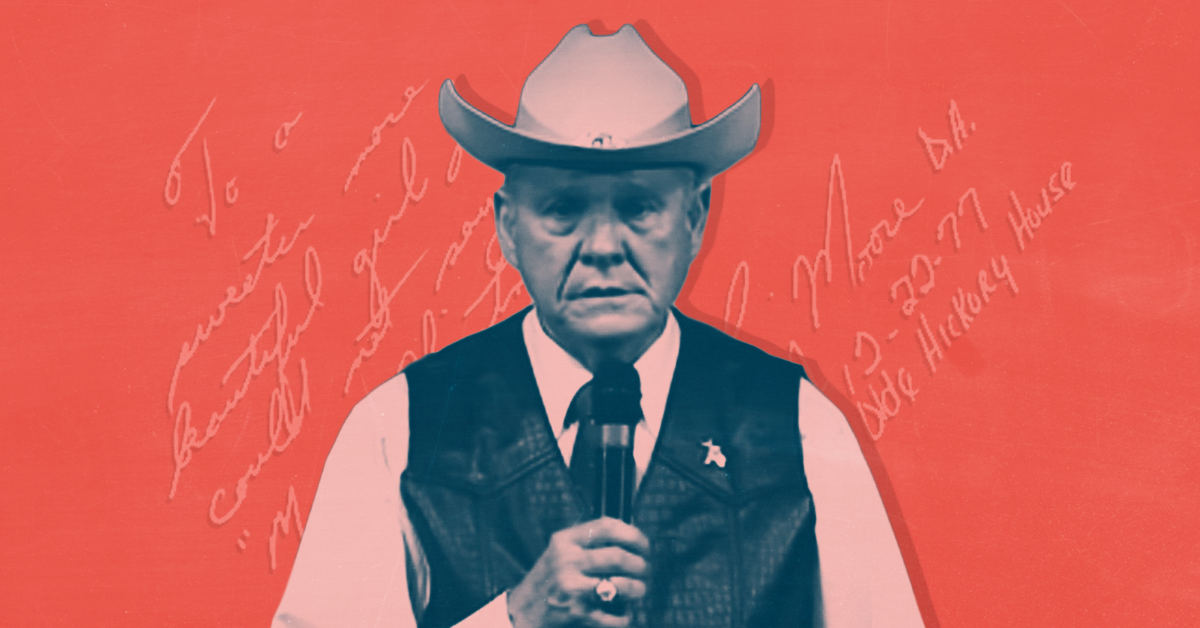 A recurring feature of conservative punditry in the age of Trump is the idea that Republican voters generally -- and the conservative movement specifically -- cannot be held to account for their excesses, moral failings, and political disasters. Each time Republicans and their voters act in ways that right-wing pundits acknowledge are deleterious to civic health and deeply immoral, there’s a mad rush to recast those behaviors as the fault of liberal failures. We’re seeing this dynamic play out as Alabama voters seem poised to elect Republican Roy Moore to the U.S. Senate and right-wing pundits attempt to deflect blame for this potential outcome onto “the media.”

Former George W. Bush speechwriter William McGurn wrote a column for The Wall Street Journal arguing that if Moore does win despite reports of child molestation and sexual assault, a large chunk of the blame will belong to “the liberals who are enabling him,” a group that includes “the national press corps.” Matt Latimer, another former Bush speechwriter, wrote a Politico op-ed arguing that “the real reason” Moore remains politically viable is “that the media has totally lost its connection with a large portion of the nation, almost all of them conservatives.” Over at The Federalist, Bethany Mandel argues that “it’s media’s fault” that a large majority of Alabama Republican voters don’t believe the Washington Post’s stories on Moore’s reported misconduct.

This argument isn’t especially surprising given that one of the pillars of modern conservatism is reflexive animosity toward “the liberal media.” The popularity of outlets like Fox News and Breitbart.com stems directly from a concerted, decades-long effort across the entire conservative movement to render “mainstream” sources of news suspicious and inherently untrustworthy. But claiming that “the media” are to blame for Republicans backing Moore is a deflection that accomplishes little beyond confirming the biases of the writers while backhandedly affirming Moore’s claims that he’s under persecution by the press.

Writers like McGurn, Latimer, and Mandel are in a difficult spot because while they clearly believe the Post’s reporting and think it stands up (none make any attempt to rebut it or suggest that the case against Moore isn’t a solid one) their party’s voters are flatly disregarding those reports and are poised to elect Moore to the Senate (71 percent of likely Republicans voters in Alabama say the claims about him are false). They try to square that uncomfortable circle by cherry-picking other unrelated media failures -- like ABC News reporter Brian Ross’ botched story on former national security adviser Michael Flynn’s plea deal with federal prosecutors -- to exculpate conservative voters who refuse to believe the Post.

“In their quest to tarnish the reputation of President Trump and try to remove him from office, the media has become particularly adept at getting more than a few things wrong,” Mandel writes. “They [Alabama Republican voters] may well be wrong about Mr. Moore and his accusers,” McGurn observes, “but is their skepticism really that difficult to understand?”

Well, no, actually, but not for the reasons Mandel and McGurn offer. They’re attacking the media for not being credible enough to people who’ve been told for decades on end that the media aren’t credible. So it’s not surprising that Alabama voters distrust the media. But the fact that they refuse to see the truth that’s staring them in the face is less an indictment of the media than the toxicity of a conservative political culture that teaches voters to disbelieve all news they don’t want to hear and seek information only from outlets that reaffirm their existing viewpoints.

Conservative media outlets Republican voters prefer over the “mainstream media” have embarked on a dishonest campaign of distraction and obfuscation to discredit the Post’s reporting and bolster Moore. Breitbart.com sent reporters down to Birmingham to (unsuccessfully) undermine the Post, but their failed efforts still resulted in splash-page “EXCLUSIVE” articles suggesting that Roy Moore had been the victim of a smear. Some Fox News figures lined up behind Moore and against the Post as they dutifully parroted the Moore campaign’s absurd attempts at discrediting the candidate’s accusers. Just hours after the Post's first Moore article was published, Fox News legal analyst Gregg Jarrett told Hannity viewers, “I am suspicious of this because of the source, The Washington Post, which has a dog in this fight having endorsed his opponent.”

This isn’t merely a question of conservative voters thinking “the media” in general are untrustworthy -- they’re being specifically told by right-wing media that the Post’s story is false and that Moore is being unjustly attacked. So even in a situation where a media outlet meets the standard of accuracy and trustworthiness conservative pundits claim has been irretrievably lost, it still comes under assault from the right-wing press in a flagrantly dishonest attempt to discredit it.

That feels like a significant part of the explanation for why Alabama Republicans are gearing up to make Roy Moore their next senator, and why they’re apparently more comfortable electing a reported sex criminal than a Democrat. But conservative pundits glide right past it so they can disingenuously argue, as McGurn does, that Moore’s election “may be as much the fault of those who opposed him as those who supported him.”