Twitter has announced that its search for Russian-connected accounts that interfered in the 2016 presidential campaign covered only tweets that were sent out after September 1, 2016. This search window is inadequate, as fake news websites and more mainstream outlets were citing alleged Russian accounts months before that date.

On October 31, Facebook, Twitter, and Google executives testified before Congress regarding the extent to which Russian-linked accounts used their platforms to spread misinformation during the election. In his opening remarks, Twitter’s acting general counsel, Sean Edgett, said that Twitter “studied Tweets from the period September 1 to November 15, 2016” and that “the number of accounts” that it linked to the Kremlin “and that were Tweeting election-related content was comparatively small” among the total accounts it studied.

why is Twitter only going back to Sept 1st, 2016 in its search for Disinfo related to the election? Feels like way too small a window

nobody else seems to be picking up on this...but this feels unacceptable (unless i'm getting this wrong) https://t.co/T8hUE7R2JR

For example, in August 2016, fake news website TruthFeed cited alleged Russian account @TEN_GOP to hype the size of a Trump campaign rally in Ohio and to attack an NBC reporter. 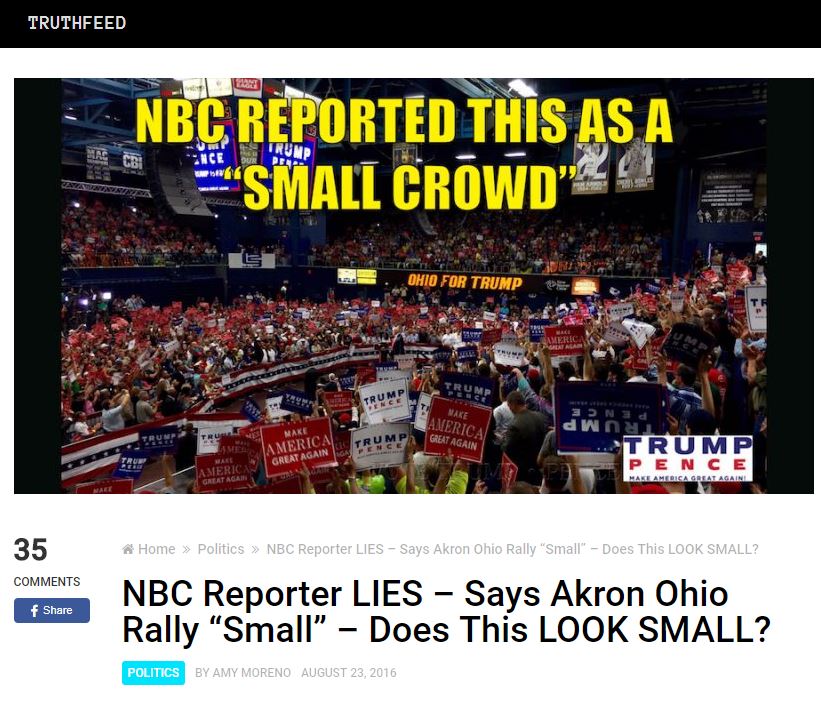 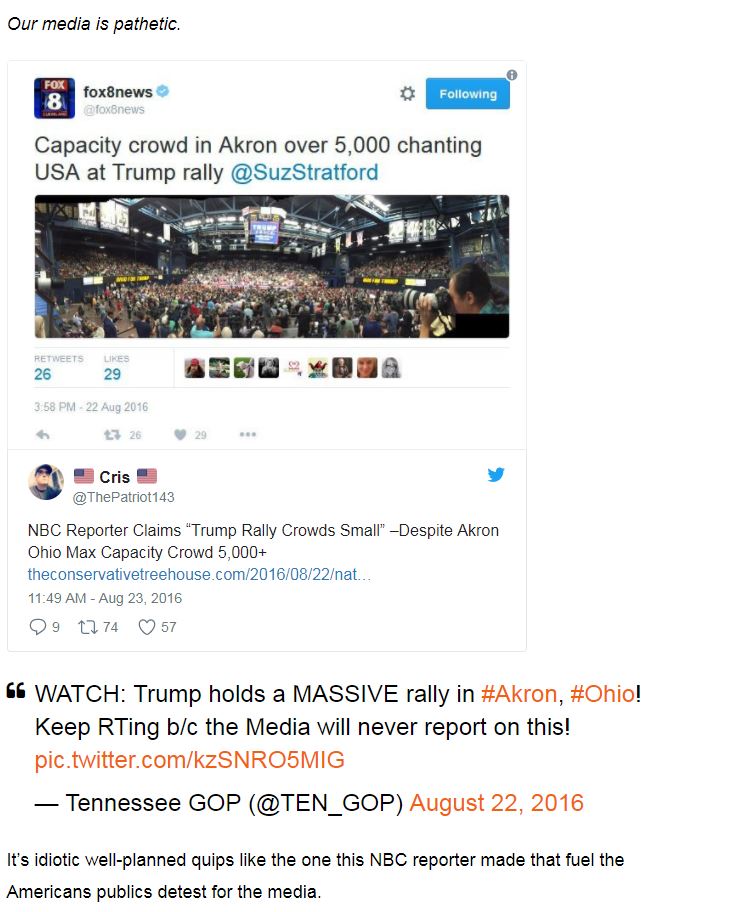 And way back in January 2016, the outlet Refinery29 cited alleged Russian account @ForceOfLiberty as among those lauding the vandalization of Trump’s Hollywood Walk of Fame star. 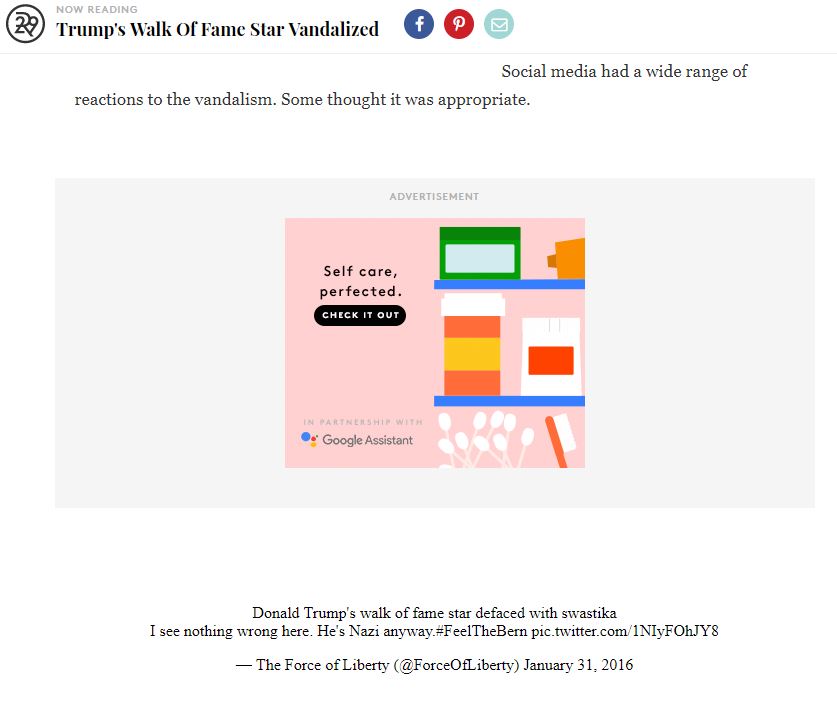 Fake news websites and mainstream outlets also cited alleged Russian accounts before September 1, 2016, to attack “US aggression” (citing account @Jeblary2016) as well as to criticize then-President Barack Obama for not visiting Louisiana after it was flooded (citing account @TEN_GOP), and to note increased security for a Chicago gay pride parade after the Pulse nightclub shooting (citing account @lgbtunitedcom). Russian outlets RT and Sputnik also cited two of these accounts, @Crystal1Johnson and @Jeblary2016, to show reaction to NFL player Colin Kaepernick kneeling during the national anthem and to criticize U.S. strategy in Syria.

Undoubtedly, these accounts were tweeting profusely well before September 1, 2016, and some of their tweets were likely picked up by other outlets, multiplying their influence. And Twitter itself just disclosed that it had discovered 2,752 accounts linked to Russian operatives, which means that the volume of “election-related” tweets -- which could theoretically cover anything that affects American democracy -- from those accounts before September is likely a lot more than previously thought. If Twitter wants to find the real extent of Russian meddling in the 2016 campaign through its platform, it’s going to need to expand its search to well before September 1.

UPDATE: On November 1, Sen. James Lankford (R-OK) asked the social media executives, “When were you aware of Russian activities on your platform during the election time” or before the election. Edgett responded that, “through the retrospective work," Twitter has “uncovered the sort of what we think is the full extent” of Russian meddling on its platform, but had seen “activity” from the Internet Research Agency, the Kremlin-linked agency behind the accounts, “on our platform and took large-scale action to take down accounts in 2015.” Yet in his opening statement about the “retrospective review” Twitter conducted and presented to Congress, Edgett said Twitter’s “methodology and current findings of the retrospective review” “studied Tweets from the period September 1 to November 15, 2016,” thereby excluding this known Russian activity from 2015 and reinforcing the concern that Twitter’s sample set is inadequate.