After its founder appeared on Tucker Carlson’s show on Fox News, social media platform Gab lashed out at Media Matters on Twitter for reminding audiences that Gab is “a haven for white nationalists:”

Hi Media Matters, let's talk about how you are in collusion with Silicon Valley to censor the entire internet: https://t.co/RaoBg2MLeZ https://t.co/AXf1WGcYnl

On September 5, white nationalist darling Tucker Carlson hosted Andrew Torba on his show, Tucker Carlson Tonight. Torba is the founder of Gab, a social media platform that gained prominence after Twitter permanently suspended a series of accounts for “hateful conduct” and users shifted to Gab instead. For its permissive approach in the face of clearly extremist speech, Gab has been described as a “haven for white nationalists” and a “magnet for the alt-right.” Media Matters called out Carlson for continuing to play footsie with extremism under the guise of supporting free speech:

On any given day (such as today), the posts that can be found on Gab include the following --

Attempts to exonerate the white nationalist who was charged with second-degree murder in the death of Charlottesville victim Heather Heyer: 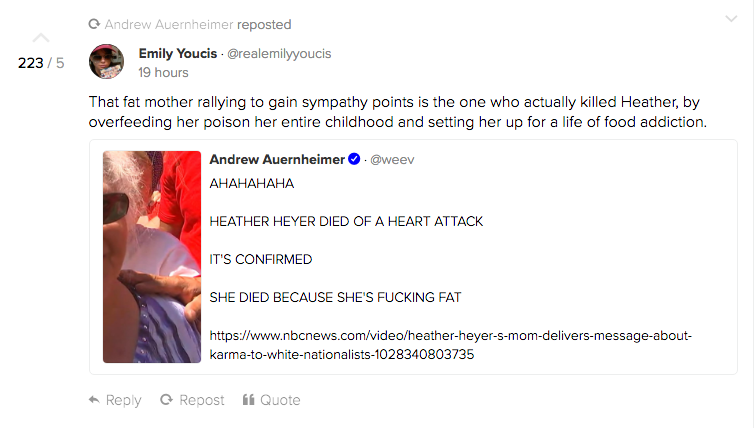 Promotion of a pro-Nazi documentary: 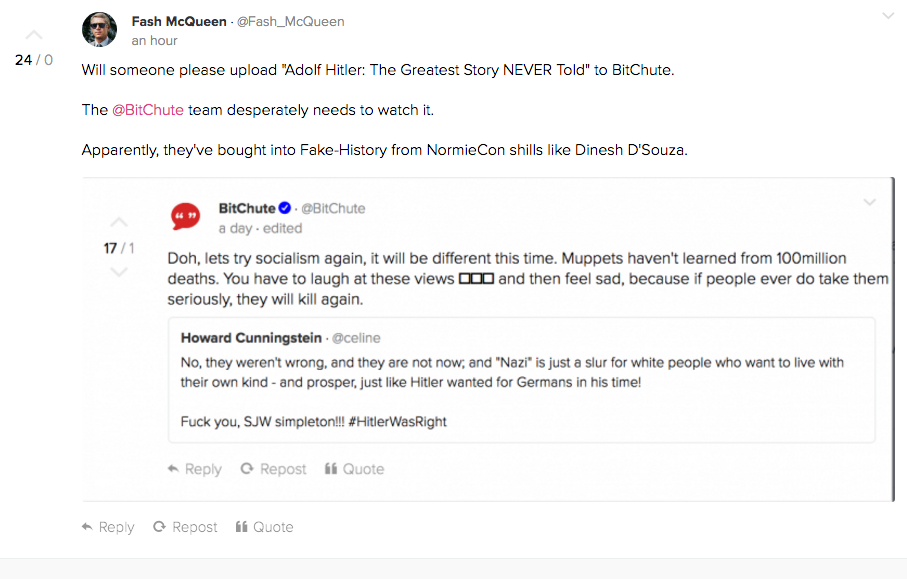 Unscientific polls about the future of the white race:

While Carlson and Torba hide behind the free speech defense, they’re in fact not only empowering extremists, but also providing them with the unfettered tools to organize into action. That’s called enabling.