Facebook is bolstering right-wing media attempts to distract audiences from the first televised hearing from the House select committee investigating the January 6, 2021, attack on the U.S. Capitol.

Media Matters compiled and analyzed more than 3,200 Facebook posts from U.S. news and politics pages from June 9 and 10 and found that a video from Fox News’ Tucker Carlson Tonight is the top video post about the January 6 committee hearing. The video is also the top performing post overall among right-leaning pages.

On June 9, the committee held its first televised hearing about the January 6 attack. All major broadcast and cable news networks, except Fox News, carried the hearing live, often dedicating special coverage to the event with top reporting teams. While Fox shifted coverage to its lightly watched sister network, Fox Business, it was business as usual on its main channel, with prime-time propagandists Tucker Carlson, Sean Hannity, and Laura Ingraham providing counterprogramming to the hearing.

Fox’s failure to adequately cover the hearing extended to Facebook, where other right-wing media outlets filled the void with livestreams of the hearing. Fox frequently posts live videos of news conferences and other political and government events, but did not provide a livestream of this hearing. However, its Facebook page managed to post nine other live videos on June 9.

During Carlson’s prime-time counterprogramming, he spread the Big Lie by claiming the 2020 election was stolen from Donald Trump, promoted baseless conspiracy theories about who was responsible for the attack, and endorsed the motive of insurrectionists, saying, “The protesters on January 6 were very upset” about Biden’s election victory, adding, “ They should have been. All of us should be.”

A video of Carlson’s commentary on the hearing was posted on the show’s Facebook page, where segments are often shared to his millions of followers. Notably, the clip garnered over 265,000 views and earned over 45,000 interactions.

Among these interactions are thousands of shares, including shares from right-leaning pages, groups promoting Republican political candidates, and pro-Trump Facebook groups. Some of these pages and groups have tens of thousands of followers or members themselves. 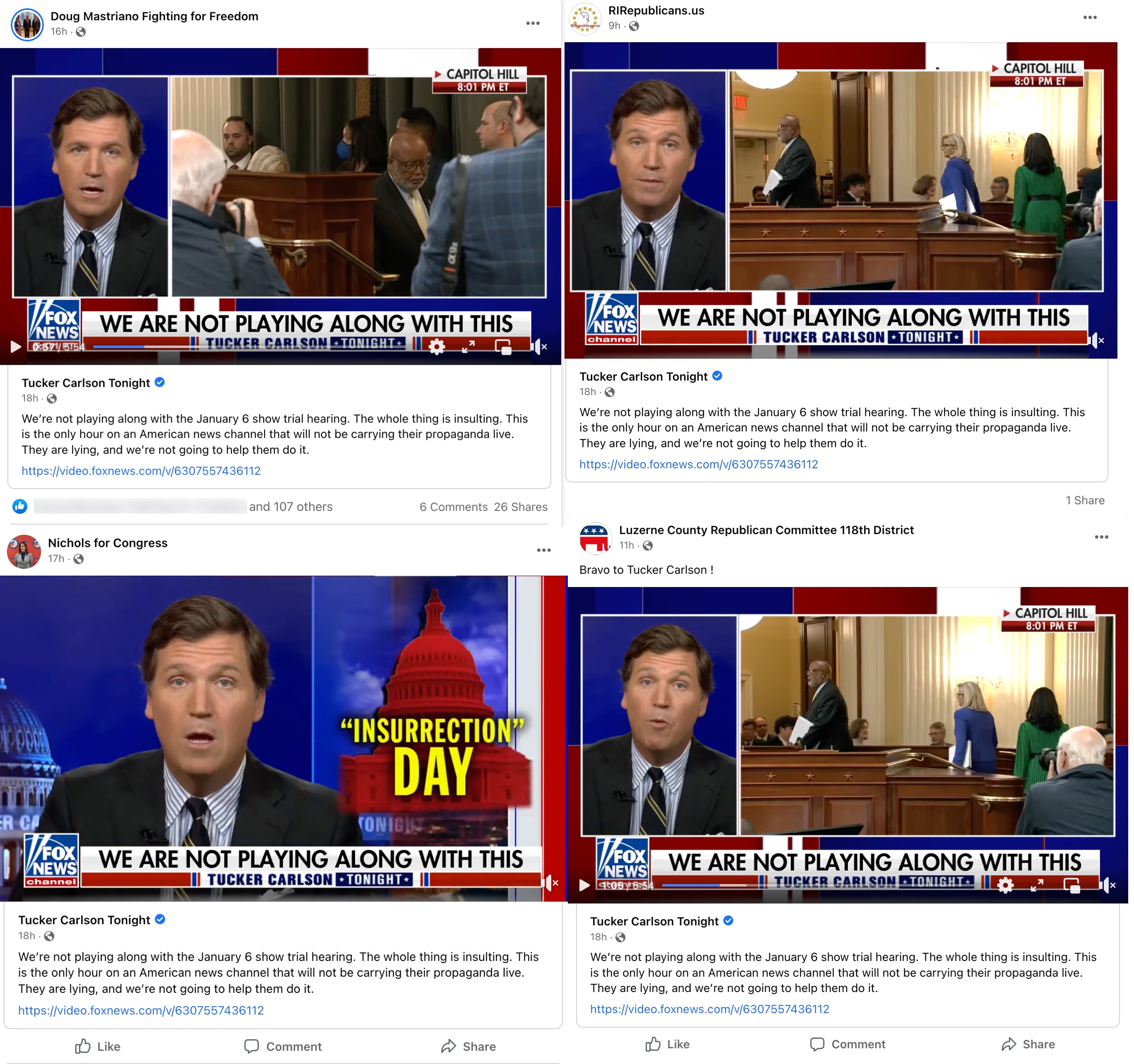 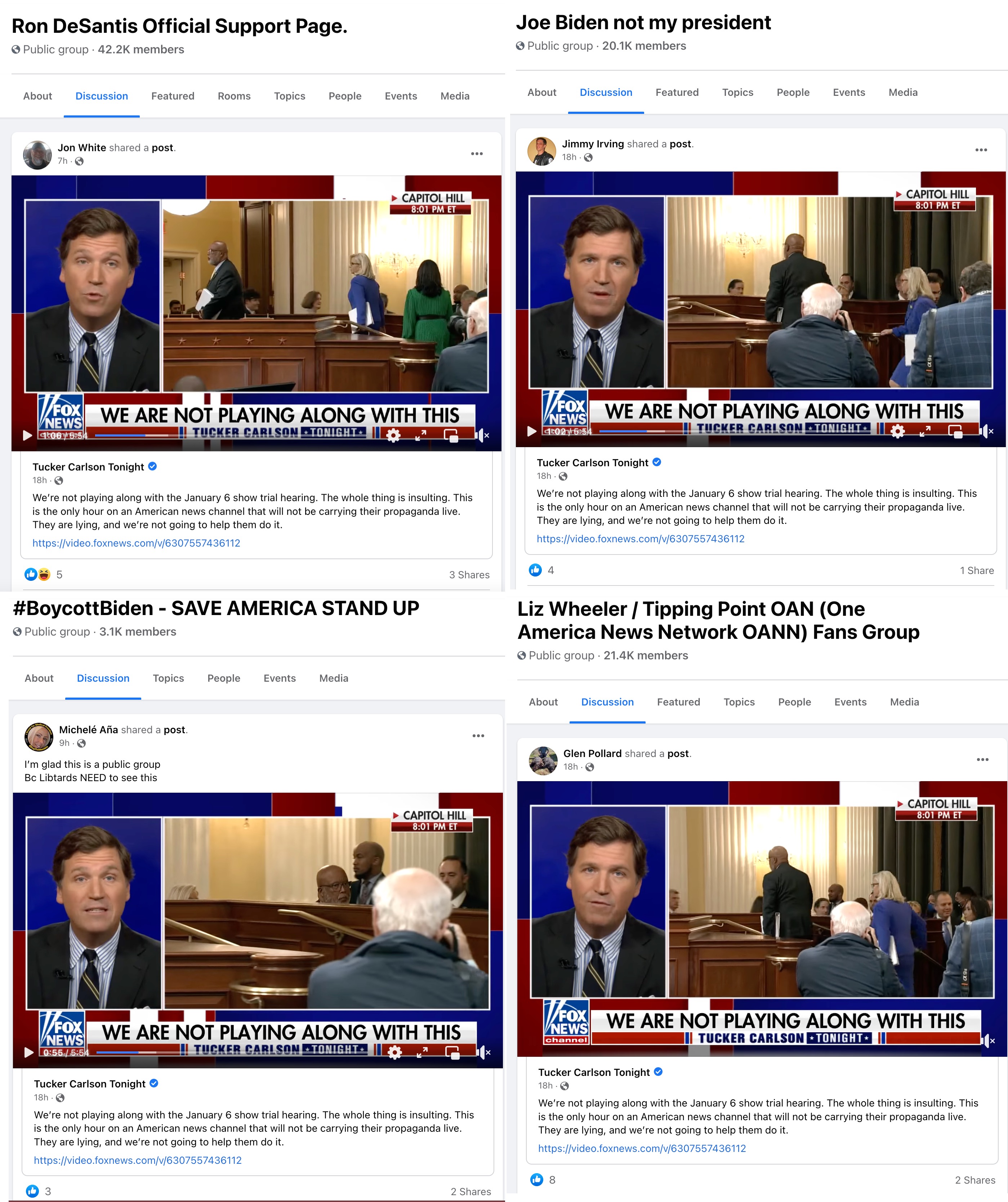