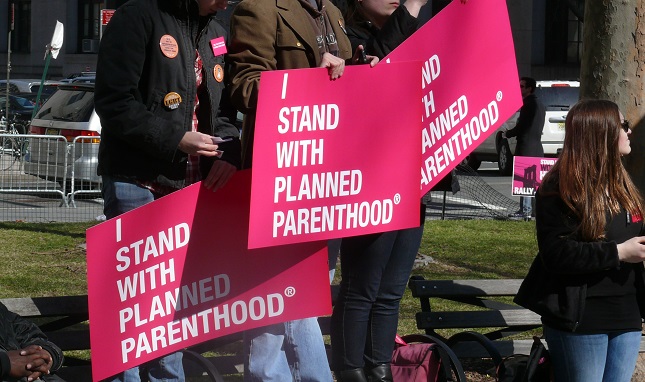 On March 6, the Government Accountability Office (GAO) released an updated report about the use of federal funds by Planned Parenthood and several other health care providers for providing “preventive, reproductive, and diagnostic health care services in the United States or abroad.” Predictably, even though the report didn’t show any wrongdoing by the provider, right-wing media used its release to promote the longstanding myth that Planned Parenthood uses taxpayer funding to support its abortion services.

According to the March 2018 GAO report, investigators sought to answer how much federal funding had been granted to federally qualified health centers, International Planned Parenthood Federation, Marie Stopes International, and Planned Parenthood Federation of America between 2013 and 2015, as well as how those organizations or networks had spent the funds. Right-wing media quickly seized on the data to push the myth of so-called “taxpayer-funded” abortion, even though the report showed no such thing.

Even before the GAO’s most recent report came out, right-wing media have frequently claimed that U.S. taxpayers fund the provision of abortion services. In reality, under the Hyde Amendment, federal funding for abortion is prohibited except in cases of rape or incest or if the life of the mother is at risk. Although Planned Parenthood receives funds to support non-abortion health services, the allocations aren’t a blank check for the organization to spend as it pleases. Indeed, just like any other health care provider -- including the other providers listed in the GAO’s March 2018 report -- Planned Parenthood is reimbursed by the government for the specific non-abortion services it provides to low-income patients via programs like Medicaid. In many other cases, funds that are not reimbursed in this way are specifically allocated to cover a narrow set of health outcomes, such as HIV prevention.

Nevertheless, right-wing media pushed their misleading reading of the report within their own echo chamber to allege wrongdoing by Planned Parenthood. In order to make this point, many outlets ignored the reality that the allocated funding did not support abortion services. For example, in a March 8 article, Breitbart reported that the GAO report had shown that “federal and state taxpayers provided $1.5 billion in funding to abortion providers over a three-year period,” yet it failed to note that none of these funds supported abortion services. This tactic was copied by Newsmax, Washington Free Beacon, Townhall, OneNewsNow, and The Daily Signal, each of which repeated the implication that the money went to abortions. Some outlets went a step further in their allegations, arguing that even if the funding allocated wasn’t for abortion services, it would inevitably be used to support abortions. In one example, LifeSiteNews wrote, “Pro-lifers note that money is fungible, meaning that public funding Planned Parenthood uses for approved purposes frees funds from other sources to be spent on abortions.” The Federalist claimed that such “funds are fungible” because when “an abortion provider gets its hands on government money, it controls how that money is spent.”

This narrative culminated in a March 12 appearance by Rep. Diane Black (R-TN) on Fox News’ Tucker Carlson Tonight. In the segment, host Tucker Carlson and Black each lambasted anti-choice legislators for failing to strip Planned Parenthood’s funding by making a number of inaccurate allegations about the way the organization used taxpayer funds. In one instance, Black claimed that it was inappropriate for “taxpayer dollars to be going to abortion,” saying that the funding was “set up for family planning” but “abortion is not family planning, it’s family destruction.” 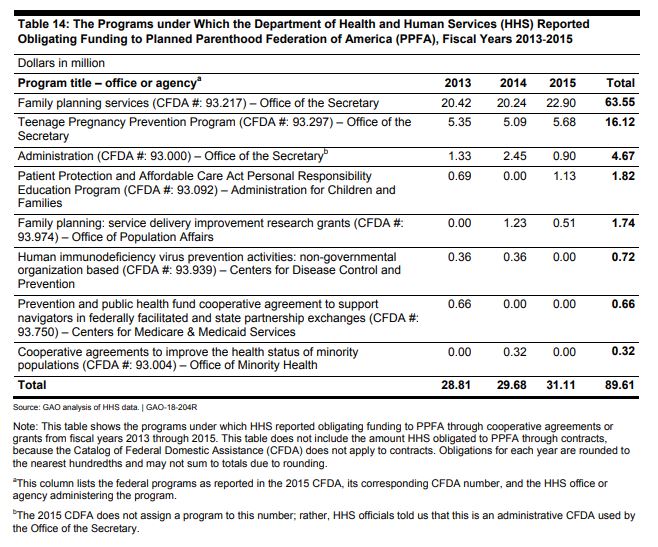 Although right-wing media may be suggesting that the allocations for “Family planning services” or the “Teenage Pregnancy Prevention Program” could include support for abortion, a review of each program in the government’s Catalog of Federal Domestic Assistance refutes this claim. Furthermore, the GAO not only reviewed the financial documents of Planned Parenthood and all of its affiliates, but also sought additional documentation and audit information.

In other words, given the level of scrutiny applied to both the allocation and the expenditure of funds, it is highly improbable money allocated for other uses was spent on abortion care. Once again, the frenzy drummed up by right-wing media appears to be supported with only spin, and no substance.