On May 15, Alabama’s Republican Gov. Kay Ivey signed a law banning nearly all abortions in the state with no exceptions for rape and incest. While the law will likely be challenged before it takes effect, right-wing media and abortion opponents defended the lack of exceptions and celebrated it as a sign of Roe v. Wade’s end.

The Alabama law prohibits abortion with only limited exceptions for “serious health risk” to the life of the pregnant person or because of a “lethal” fetal anomaly. As CNN noted, before the law’s signing, Democrats in the state legislature had “re-introduced an amendment to exempt rape and incest victims, but the motion failed on an 11-21 vote.” In addition to allowing for few exceptions, the law would also it a felony “punishable by up to 99 years in prison for doctors” to perform an abortion. Given patients’ concerns about the immediate accessibility of abortion care, it is important to note that abortion is still legal in Alabama. As Vox’s Anna North noted, the law has been signed by the governor but “does not take effect for six months,” and there are already plans underway to challenge it in court.

As Republicans and right-wing media have repeatedly fearmongered about Democrats advocating for expanded abortion access and the codification of Roe’s protections at the state level, anti-choice politicians have pushed increasingly extreme anti-abortion bills -- likely as an attempt to capitalize on the opportunity for the Supreme Court to overturn Roe with conservative Justices Brett Kavanaugh and Neil Gorsuch both now confirmed. 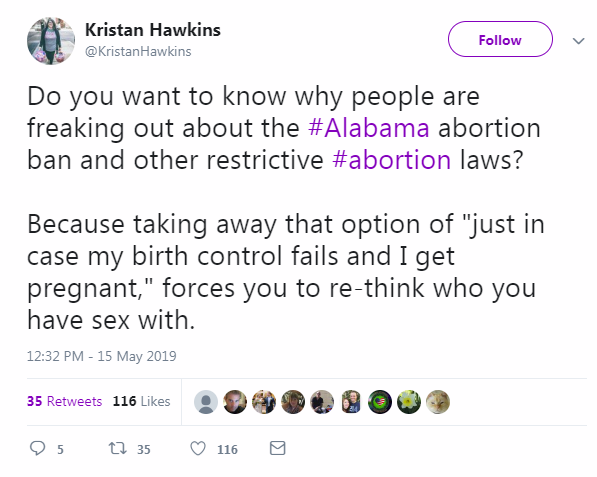 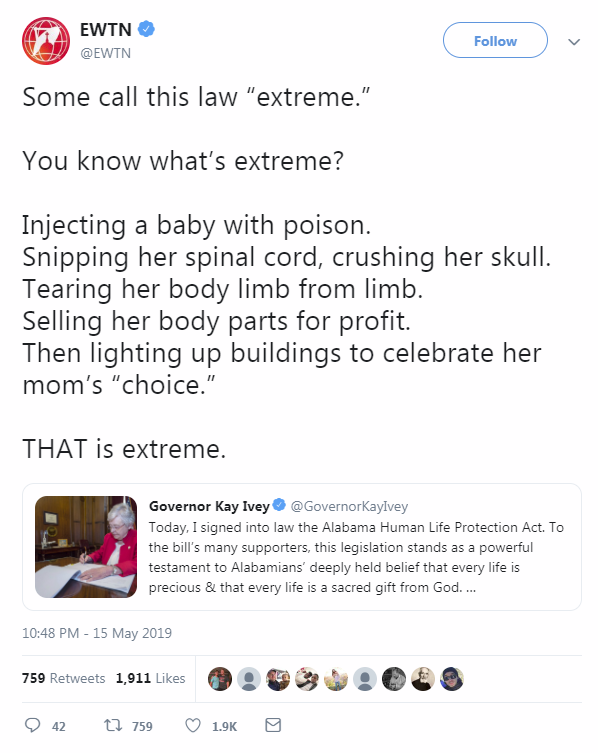 What right-wing media and abortion opponents ignore or attempt to downplay is that the impact of a post-Roe Alabama will be felt mostly by marginalized communities, including poor people and people of color, who may lack the resources to access abortion care by leaving the state. As Rolling Stone’s Alex Morris explained, this new ban -- and the disparities it would exacerbate -- adds to a health care landscape in Alabama where “over a quarter of mothers don’t receive adequate prenatal care and less than half the counties have a delivery room.” In addition, he noted that “not once but twice in the past five years,” Alabama “has ranked 50th in the country in infant mortality.”

Despite the celebrations of so-called “pro-life” figures, these terrible outcomes are likely to be more common if Alabama's law is allowed to take effect.