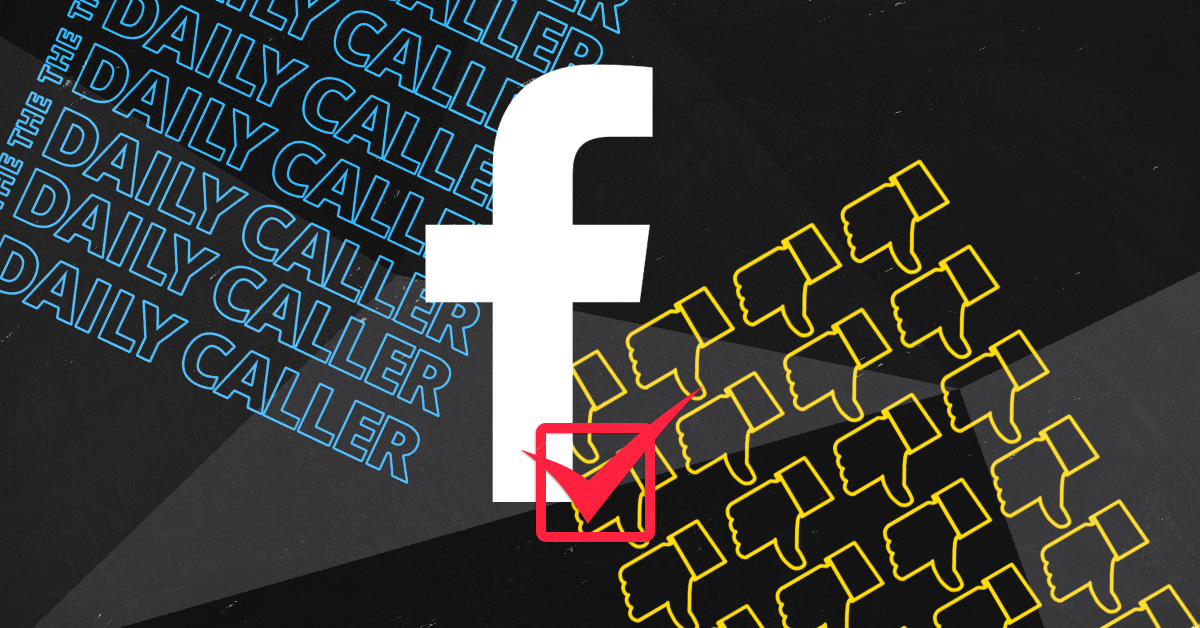 Check Your Fact, a division of Tucker Carlson’s far-right and falsehood-laden Daily Caller website, is the newest member of Facebook’s fact-checking consortium.

Facebook’s fact-checking program has struggled in its efforts to control the spread of misinformation on its platform. And the program’s new inclusion of Check Your Fact, a subsidiary of an odious right-wing platform with dubious funding sources, will do little to boost confidence. (Disclosure: In March 2018, Check Your Fact fact-checked a claim that I made about the National Rifle Association, rating the claim “true.”)

The news about Check Your Fact possibly becoming a part of Facebook’s fact-checking project started circulating last year. In order to participate in Facebook’s program, fact-checking groups must become members of journalism school Poynter’s International Fact-Checking Network (IFCN), and Check Your Fact was accredited by IFCN in 2017. According to The Wall Street Journal, in the summer of 2018, Facebook executive and former George W. Bush administration official Joel Kaplan started pushing for it to be included in Facebook’s fact-checking project. But other executives at Facebook were opposed to its inclusion because of falsehoods promoted by The Daily Caller, and debate over the matter ended after Check Your Fact lost its IFCN accreditation in November 2018:

This summer, Mr. Kaplan pushed to partner with right-wing news site The Daily Caller’s fact-checking division after conservatives accused Facebook of working only with mainstream publishers, people familiar with the discussions said. Conservative critics argued those publications had a built-in liberal bias.

Mr. Kaplan argued that The Daily Caller was accredited by the Poynter Institute, a St. Petersburg, Fla.-based journalism nonprofit that oversees a network of fact-checkers. Other executives, including some in the Washington, D.C. office, argued that the publication printed misinformation. The contentious discussion involved Mr. Zuckerberg, who appeared to side with Mr. Kaplan, and Chief Operating Officer Sheryl Sandberg. The debate ended in November when The Daily Caller’s fact-checking operation lost its accreditation.

Indeed, according to public assessments of Check Your Fact published by IFCN, the operation has not always been in full compliance with requirements about public disclosure of funding. In Check Your Fact’s most recent application, which led to its new accreditation, the operation discloses that it is funded via Daily Caller's general operating budget, the website's ad revenue, and a $100,000 grant from The Daily Caller News Foundation (DCNF) that was provided by the Searle Freedom Trust.

Searle Freedom Trust is a right-wing foundation that has funded a plethora of conservative groups -- including the American Legislative Exchange Council, Americans for Prosperity, and the American Enterprise Institute -- and has backed efforts to repeal the Affordable Health Care Act. The foundation has also given money to DonorsTrust, a pass-through organization affiliated with the Koch brothers that is used to anonymously fund right-wing causes.

The DCNF, which was also founded by Tucker Carlson, presents itself as a charity, but questions have been raised about whether its purpose is actually to increase profits at the Daily Caller. As an investigation published by the Center for Media and Democracy explained, DCNF’s primary purpose appears to be to generate content that is then used by the for-profit Daily Caller website:

The Daily Caller claimed in its 501(c)(3) application to the IRS and on its website that the foundation deserves its charity status because it “is a consumer research educational organization” whose goal is to provide “consumer news and research” to “mainstream consumers,” and because it licenses its content to other news outlets free of charge and has a mission “to train up-and-coming reporters and editors.”

But CMD’s analysis indicates that one of the Daily Caller News Foundation’s primary activities is to provide The Daily Caller Inc. with a steady stream of content for its for-profit news website.

In particular, the Daily Caller has published false information about climate change for years. In a 2011 incident that reportedly embarrassed some employees of the outlet, the Daily Caller published a false report claiming the Environmental Protection Agency wanted taxpayers to fund the hiring of 230,000 new workers to implement climate regulations at a cost of $21 billion. The claim was made on a misreading of legal documents, but the Daily Caller refused to issue a correction to its clearly incorrect report. More recently, the Daily Caller has distorted academic research on climate change, falsely claimed that an increase in population of two penguin species disproves global warming, and pushed false information about the connection between climate change and extreme weather events.

The Daily Caller is also home to right-wing extremism. Among some recent lowlights, the website has repeatedly published white nationalists and anti-Semites, hired a writer who pushed the Pizzagate child trafficking conspiracy theory and conspiracy theories about murdered Democratic National Committee staffer Seth Rich, promoted a Holocaust denier, and published and then deleted an anti-Semitic video that targeted a New York Times reporter.