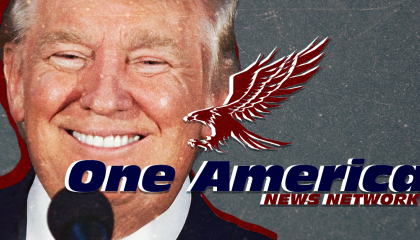 One America News Network (OANN) broadcast a report that falsely claimed the head of a Ukrainian energy company which employed Hunter Biden had been indicted and that the indictment indicates Biden received money embezzled by the company. However, the indictment doesn’t exist as alleged by OANN, which is a propagandistic cable news network that often seeks to curry favor with President Donald Trump. In recent months, Trump has sometimes boosted OANN, often in instances when he complained Fox News was not defending him to the extent he felt it should.

While impeachment hearings were underway on November 20, a story began to go viral on social media that claimed the founder of Ukrainian natural gas company Burisma Holdings, Mykola Zlochevsky, had been indicted in Ukraine. The story also claimed that evidence showed Biden, who was a board member of the company, had received illicit payments from Burisma. But in fact there was no indictment, and the claims about embezzled payments to Biden have been repeatedly made by a Russia-aligned Ukrainian lawmaker who has provided no evidence for them. According to NBC News, that lawmaker, Ukrainian Member of Parliament Andriy Derkach, and one of his colleagues held a press conference to again make the claim about payments to Biden on November 20, but Ukraine experts do not consider the two lawmakers to be credible and think they likely held the press conference in an effort to impress Trump.

What actually happened, as reported by Reuters, was that Ukraine’s prosecutor general, Ruslan Ryaboshapka, announced an increased scope in his investigation of Zlochevsky to include suspicion of embezzlement, but he “did not provide evidence or details” of the expanded investigation, nor did he mention Biden. Reuters added that “the investigation is effectively on hold, however, because the Ukrainian authorities cannot determine Zlochevsky’s whereabouts.”

The erroneous Biden-Burisma story, which sought to bolster the conspiracy theory against Democratic presidential candidate Joe Biden that Trump pushed Ukraine to investigate, began to go viral on November 20, providing a counterweight to the damning impeachment inquiry testimony of U.S. Ambassador to the European Union Gordon Sondland, who confirmed that Trump sought to pressure Ukraine to announce an investigation into Biden. Pizzagate conspiracy theorist Jack Posobiec, the OANN correspondent who broadcast the November 22 news report, was an early proponent of the false story, linking to an error-riddled viral article about the claims in a since-deleted tweet that was later “liked” by Donald Trump Jr. The story was also heavily pushed by proponents of the far-right QAnon conspiracy theory, including by the eponymous “Q” account.

In his November 22 OANN report, Posobiec further distorted the story, sourcing the evidence-free claims about supposed Biden payments to Ukraine’s prosecutor general rather than the disreputable Ukrainian lawmakers who actually made the allegations. In his report, Posobiec falsely claimed that “the Ukrainian prosecutor general has now announced an indictment of the head of Burisma, Mykola Zlochevsky, and has named Hunter Biden as involved in a corruption scheme that is actually larger than we ever knew before.” As Reuters noted, the prosecutor actually provided no “evidence or details” in his announcement.