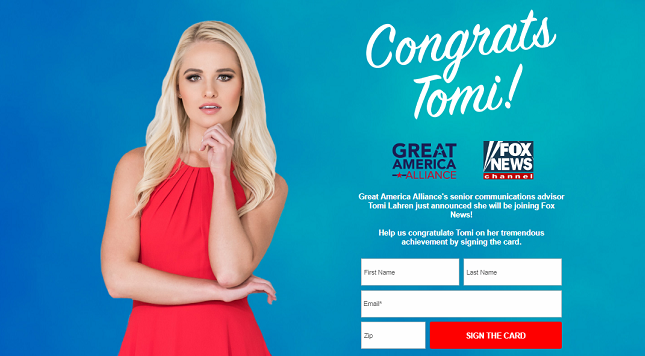 When Great America Alliance senior adviser Tomi Lahren was hired as a Fox News contributor, the pro-Trump group celebrated by creating a fundraising page prominently featuring Fox News’ logo and asking people for their email addresses and donations to celebrate her new job.

That fundraising page, created in late August, was recently taken down after Media Matters asked Fox News whether it approved the use of its logo.

Great America Alliance is a 501(c)(4) group that was started by Great America PAC in December 2016 after Donald Trump won the presidential election. According to Ed Rollins, a strategist for Great America PAC and a Fox News contributor, the PAC launched the group in its attempt to do “all we can to support and advocate" for Trump. As The Washington Post reported, both groups are also connected with Breitbart.com’s Steve Bannon and his “political patrons, the wealthy Mercer family. The former White House strategist does not have a formal role with the organizations, but he helped install [former deputy White House political strategist Andy] Surabian as the top strategist at the advocacy group.”

In recent months, both groups have integrated Fox News’ branding into their fundraising and publicity efforts. Great America PAC recently sent an email featuring Fox News' logo and forwarding a Rollins op-ed that promoted the group.

And when Lahren joined Fox News as a contributor in August, Great America Alliance wrote on its Facebook page that she would “continue advocating for an America First agenda” on the network and asked its followers to sign a card congratulating “Tomi on her tremendous achievement.” From Facebook: 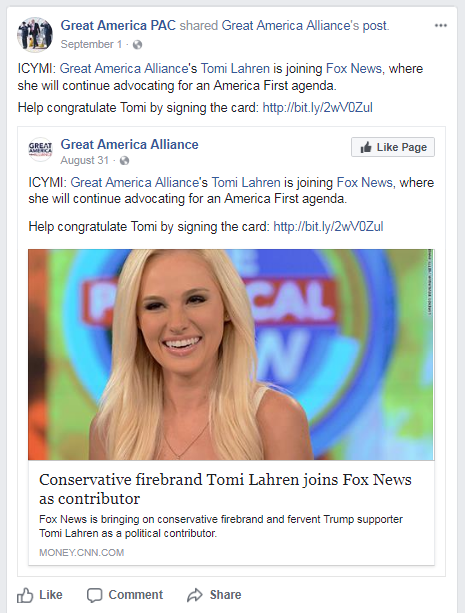 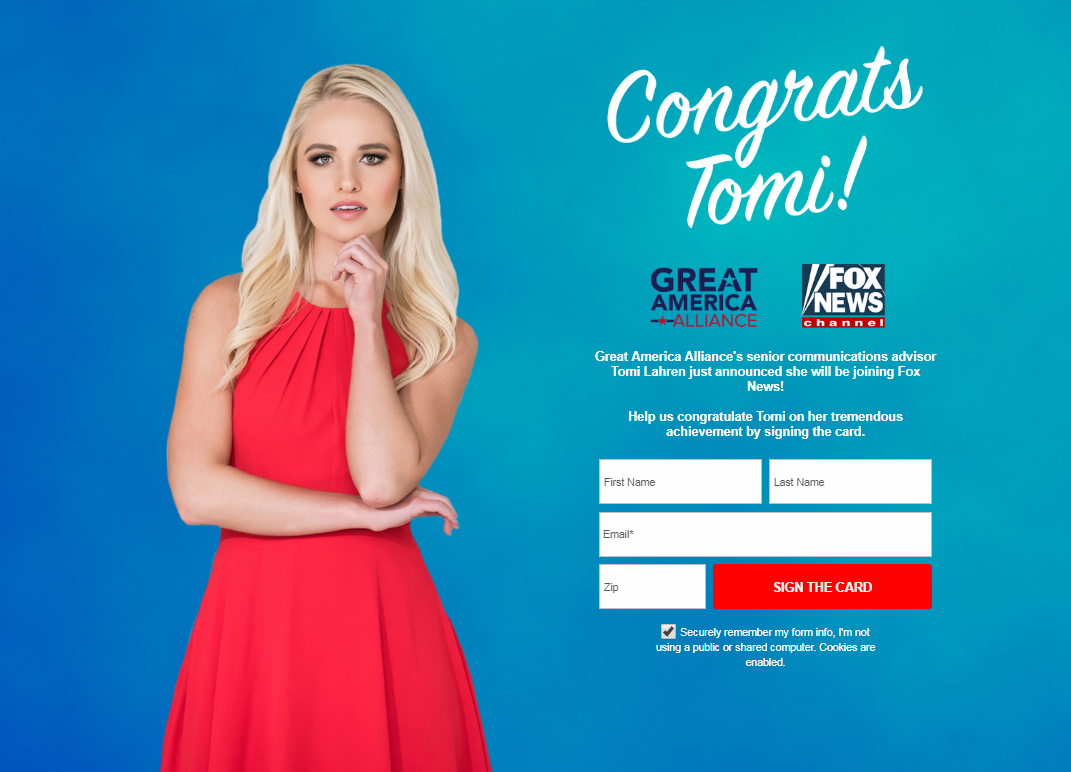 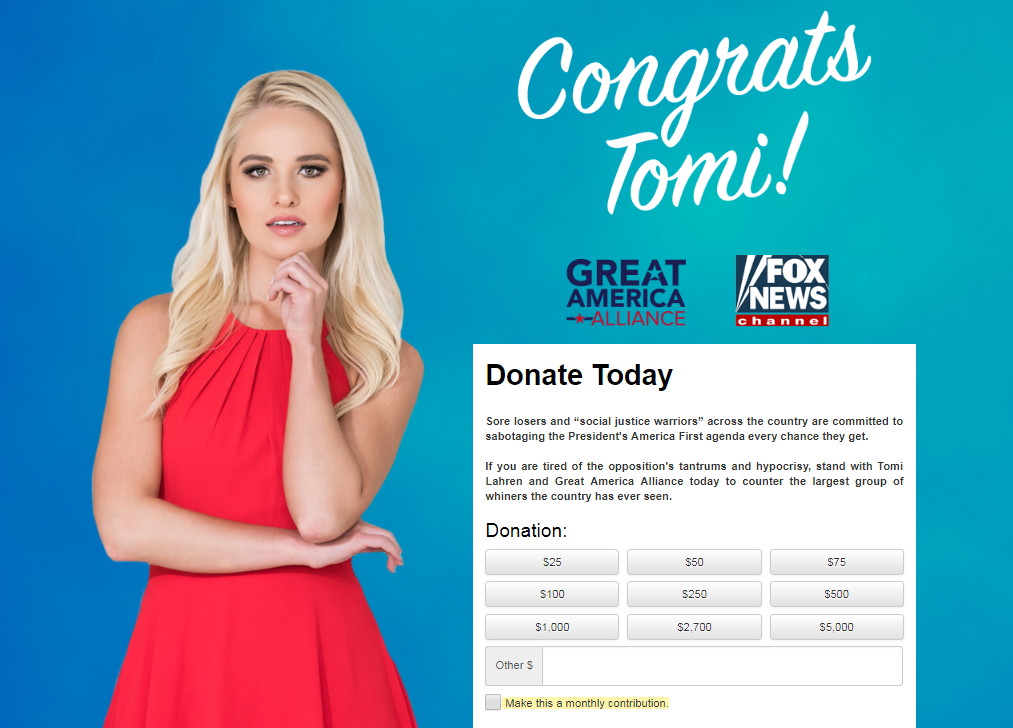 Media Matters asked Fox News whether it approved Great America Alliance using its logo. Shortly after that request for comment, the page was taken down.

Great America Alliance and Great America PAC wrote other posts on their Facebook pages linking to the card. The groups removed those links when asked by Media Matters about them.

Fox News and Great America Alliance / PAC did not reply to requests for comment and clarification.

The network has also allowed Rollins to promote Great America Alliance and its aligned super PAC on Fox platforms. The longtime political consultant and Washington insider wrote a November 1 op-ed on FoxNews.com that decried “Washington insiders” and “the swamp” as he promoted his group, writing:

Fortunately for conservative Americans across the country, there is now an infrastructure in place to hold establishment Republicans accountable. My organization, Great America PAC and our allied Great America Alliance, has already engaged in successful races in Georgia, Montana, and most recently in Alabama. There, we helped former state Supreme Court Justice Roy Moore take down the Washington establishment’s well-funded choice, Sen. Luther Strange (R-AL). Moore defeated Senator Strange by double digits, sending another conservative-turned-centrist into political irrelevance.

Last year, our team placed 30 million phone calls and sent over 2.5 million pieces of direct mail. We motivated millions of active, engaged Trump supporters across the country. And we will do so again in 2018 to elect real representatives who will stand behind our president’s America First agenda and drain the swamp.

In 2016, we took our blue campaign bus on multiple national tours to get out the vote. Democrats and Republicans need to get on board with President Trump or they will be seeing the bus.

After Rollins published his piece, Great America PAC sent the op-ed to its email list from “Ed Rollins via Fox News.” The email also included Fox News’ logo and a contribution appeal.