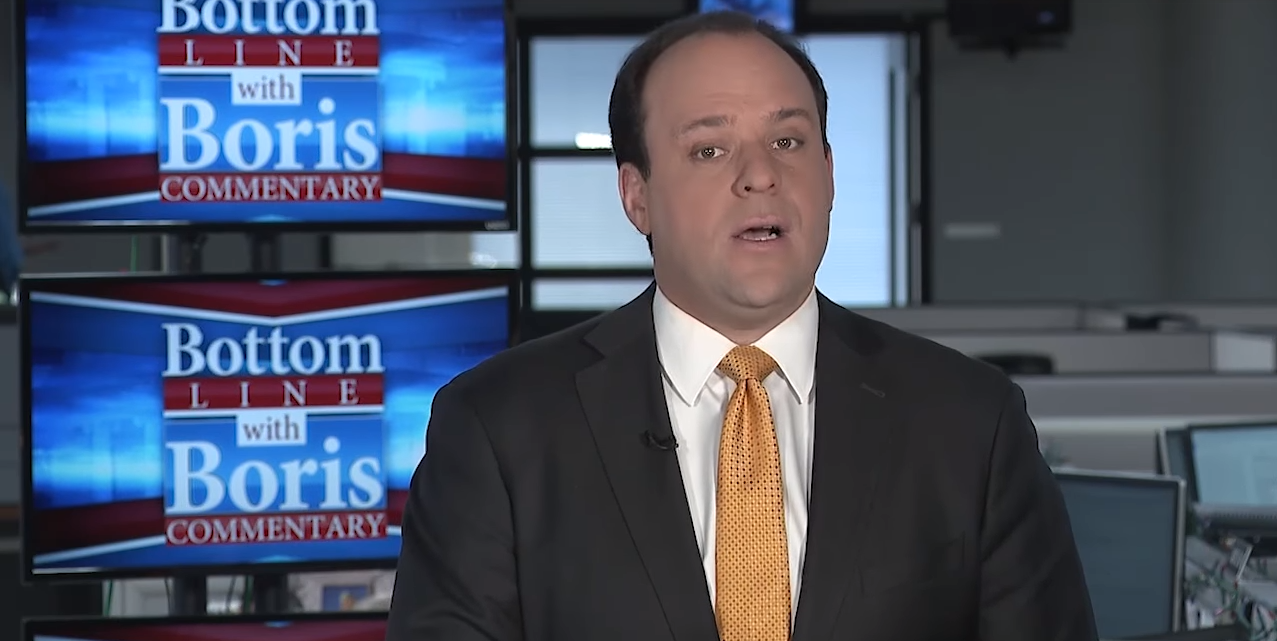 In a new Bottom Line with Boris segment posted on January 5, Epshteyn argues that Trump’s tweet comparing the size and power of his “nuclear button” to that of North Korean dictator Kim Jong Un was an example of Trump fulfilling his promise of “standing up to international bullies.” He concluded, “Strength is the policy that will be effective with these rogue actors.”

Sinclair is known for its history of injecting right-wing spin into local newscasts, most notably with its nationally produced “must-run” commentary segments. The segments, which all Sinclair-owned and operated news stations are required to air, have included blatant (and sometimes embarrassing) pro-Trump propaganda missives from Epshteyn since last spring. In the last six months, Epshteyn has used his Bottom Line With Boris segments to attack members of the press for being too mean to the president, praise seemingly every move Trump makes, and offer jaw-droppingly ill-timed defenses of Trump and his staff members.