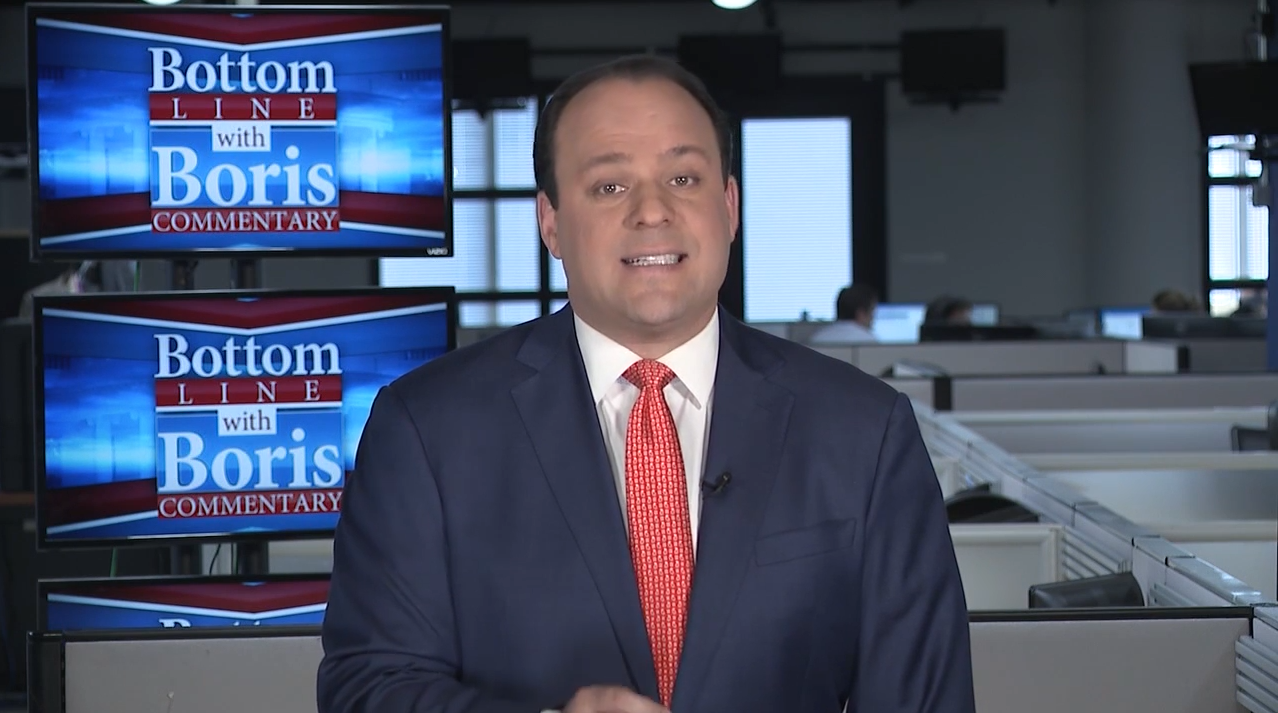 Sinclair Broadcast Group is defending itself with a brand-new “must-run” segment amid public backlash over a series of eerily similar anti-media promotional segments that Sinclair instructed its local news anchors to produce, packaging it as an “anchor delivered journalistic responsibility message.”

In March, CNN’s Brian Stelter obtained internal documents Sinclair sent to its local TV news stations requiring them to film and air short promotional segments decrying “biased and false news” and accusing unnamed mainstream media figures of bias -- an echo of President Donald Trump’s frequent attacks on the press. The ads began airing on March 23, and days later, Deadspin’s Timothy Burke edited many of the similar segments into an creepy viral video that made Sinclair’s propagandistic intentions all too clear.

How America's largest local TV owner turned its news anchors into soldiers in Trump's war on the media: https://t.co/iLVtKRQycL pic.twitter.com/dMdSGellH3

Sinclair employees are speaking out in frustration, saying they felt the scripted segments “advanced the company’s agenda at the expense of their own credibility.” Company executives are now defending themselves too -- largely by attempting to redirect the conversation to the credibility of other news organizations. Sinclair CEO David Smith told New York magazine’s Olivia Nuzzi that print media writ large is “so left wing as to be meaningless dribble” and has “no credibility.” (Smith has attacked other media outlets in the past, echoing similar tactics used by Roger Ailes at Fox News to drive a wedge between viewers and other sources of information.)

In a lengthy internal document that Stelter obtained this week, Sinclair leadership asserted that critical coverage of Sinclair was “misleading” and “often defamatory” and called the scripted segments a “well-researched journalistic initiative.”

Sinclair’s chief political analyst, former Trump aide Boris Epshteyn, is also defending Sinclair with a combination of similar attacks on other news outlets (specifically and tellingly against CNN, the outlet that broke the story of Sinclair’s latest scripted segments) and gaslight-y, vague arguments against media bias. In his morning newsletter, Epshteyn wrote, “I sincerely hope those bashing the message read by Sinclair station anchors are not really, as it seems, on the side of bias and false news.”

Now Sinclair is returning to its local news airwaves to escalate its defense. Rather than hear updates about local school board meetings or community events, audiences tuning into Sinclair-owned or -operated stations across the country will instead be treated to this diatribe from Epshteyn. He doesn't address the scripted segments, but rather focuses on defending his own commentary segments:

BORIS EPSHTEYN: I want to talk to you about my job. I am in the analysis, opinion and commentary business. Yes, I worked for President Trump during the 2016 campaign. I worked on the inaugural and I was at the White House. I was also on the McCain campaign in 2008 and was a surrogate for the Romney campaign in 2012. Some critics would have you believe that my experience somehow disqualifies me from providing you with my analysis and commentary.

But here’s a question: Wouldn’t you want someone talking to you about politics only if he had actually worked in politics and knew the people he was talking about? I know that I would want someone giving opinions about medicine only if they were an actual doctor. In terms of my analysis playing during your local news, as you see, my segments are very clearly marked as commentary. The same cannot be said for cable and broadcast news hosts who inject their opinions and bias into news coverage all the time without drawing any lines between them.

Here is the bottom line: I am proud to be the chief political analyst at Sinclair. My goal with every segment is to tell you facts which you may not already know and then my take on those facts. I am thrilled to keep sharing the truth and my perspective with you, day in and day out. Thank you for tuning in.