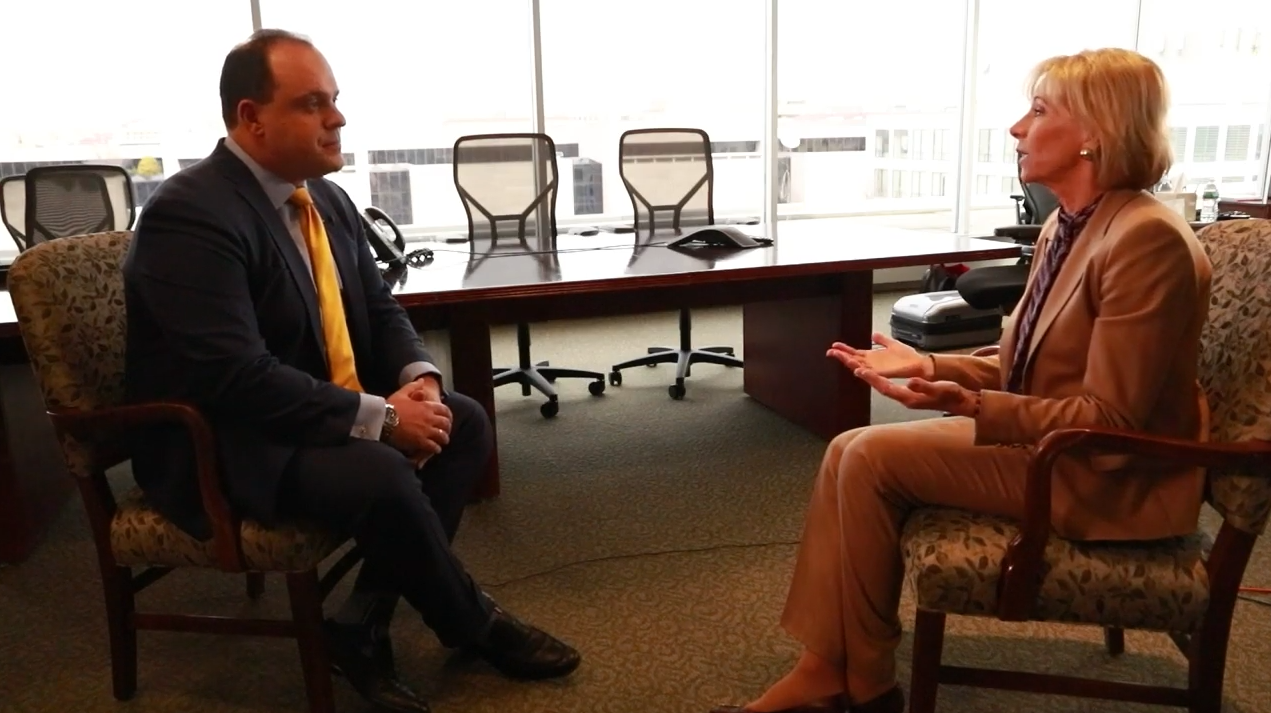 Secretary of Education Betsy DeVos is the latest member of President Donald Trump’s inner circle to use the ready-made platform at conservative Sinclair Broadcast Group as an infomercial for the president’s agenda -- this time, to promote education privatization.

DeVos filmed a softball interview with Sinclair chief political analyst (and former Trump aide) Boris Epshteyn that began airing on January 24 on local news stations across the country. In the portion of the interview aired so far, the education secretary promotes National School Choice Week:

But National School Choice Week is not as innocuous as its name might suggest. In fact, it’s a public relations campaign (and a group) funded overwhelmingly by the Gleason Family Foundation, the secretive private family foundation of a machine tool manufacturing company. The foundation supports many other pro-privatization and anti-union groups, including a number of Koch-affiliated libertarian think tanks that push union-busting “right-to-work” legislation.

National School Choice Week is designed to promote a handful of policies that would privatize various aspects of the public education system, including vouchers and privately operated, for-profit, and online charter schools. It’s no coincidence that these specific policies are the best options for wealthy individuals or massive corporations that want to cash in on students -- or that these same policies are supported by more openly right-wing groups underwritten by corporate billionaires, such as the Koch-affiliated American Legislative Exchange Council (ALEC) and State Policy Network think tanks. DeVos’ own family foundation has frequently donated to other dark-money groups associated with National School Choice Week in the past, and National School Choice Week’s current president used to work with DeVos at her pro-voucher lobbying group American Federation for Children.

The whole operation illustrates the corporate dark-money echo chamber that wealthy conservatives have created to support education policies they can use for profit at the expense of the vulnerable. Research shows that the programs these types of policies support -- for-profit models that aren’t beholden to some traditional public school regulations and don’t have unionized workforces -- are most harmful to students belonging to already oppressed communities.

DeVos’ Sinclair appearance contributes further to the conservative goal of cloaking these efforts in the language of “choice” and “innovation.” It’s not just an embarrassingly soft interview with a pro-Trump outlet; it’s dangerous for local viewers.

As of this morning, it’s already aired on at least 35 local news stations in 22 states.