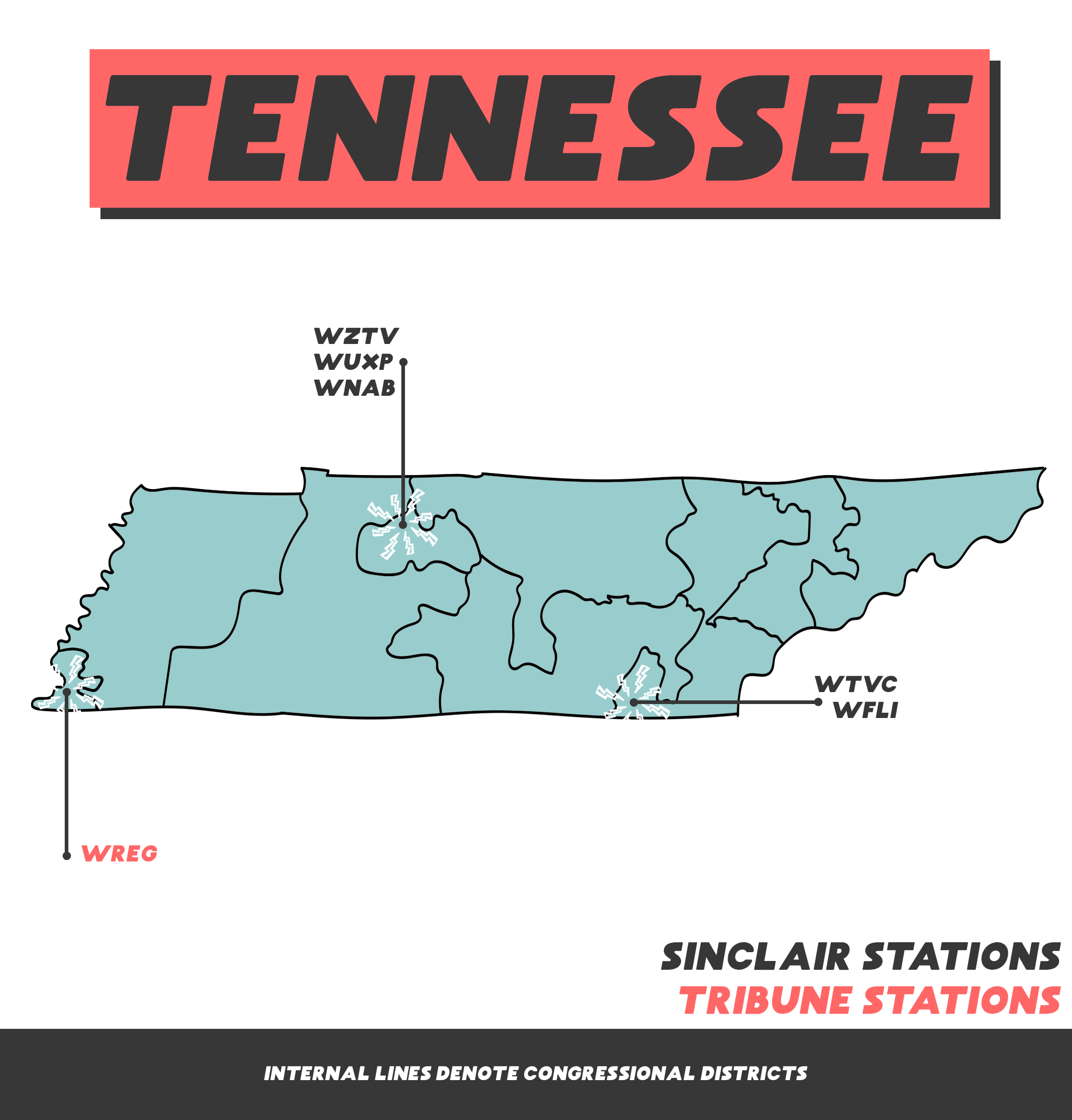 WTVC (NewsChannel 9) and WFLI (The CW) in Chattanooga

Sinclair’s political action committee gave a total of $4,500 to Blackburn’s Senate campaign committee in 2017. Blackburn currently serves on the House Committee on Energy and Commerce, and she chairs its Subcommittee on Communications and Technology -- an important subcommittee for Sinclair.

The map in this post has been updated to include Tennessee's 9th congressional district.