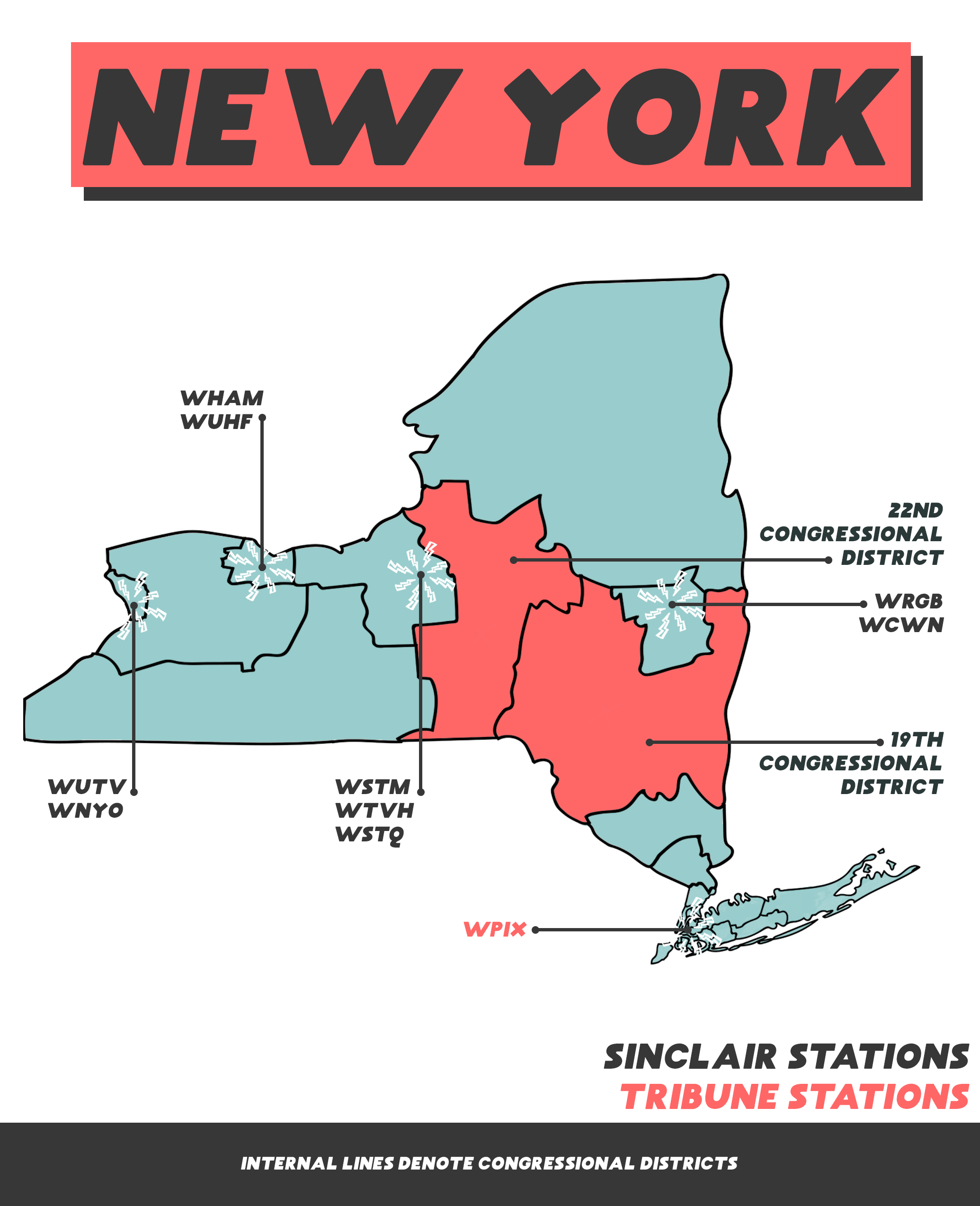 NY-22 incumbent Rep. Claudia Tenney garnered national media attention last month when she echoed some of the Trumpian anti-media rhetoric used in Sinclair’s scripted promotional segments. Tenney was captured on camera yelling, “It’s fake news!” at a local reporter who asked about her recent remarks that “so many” mass shooters “end up being Democrats.”