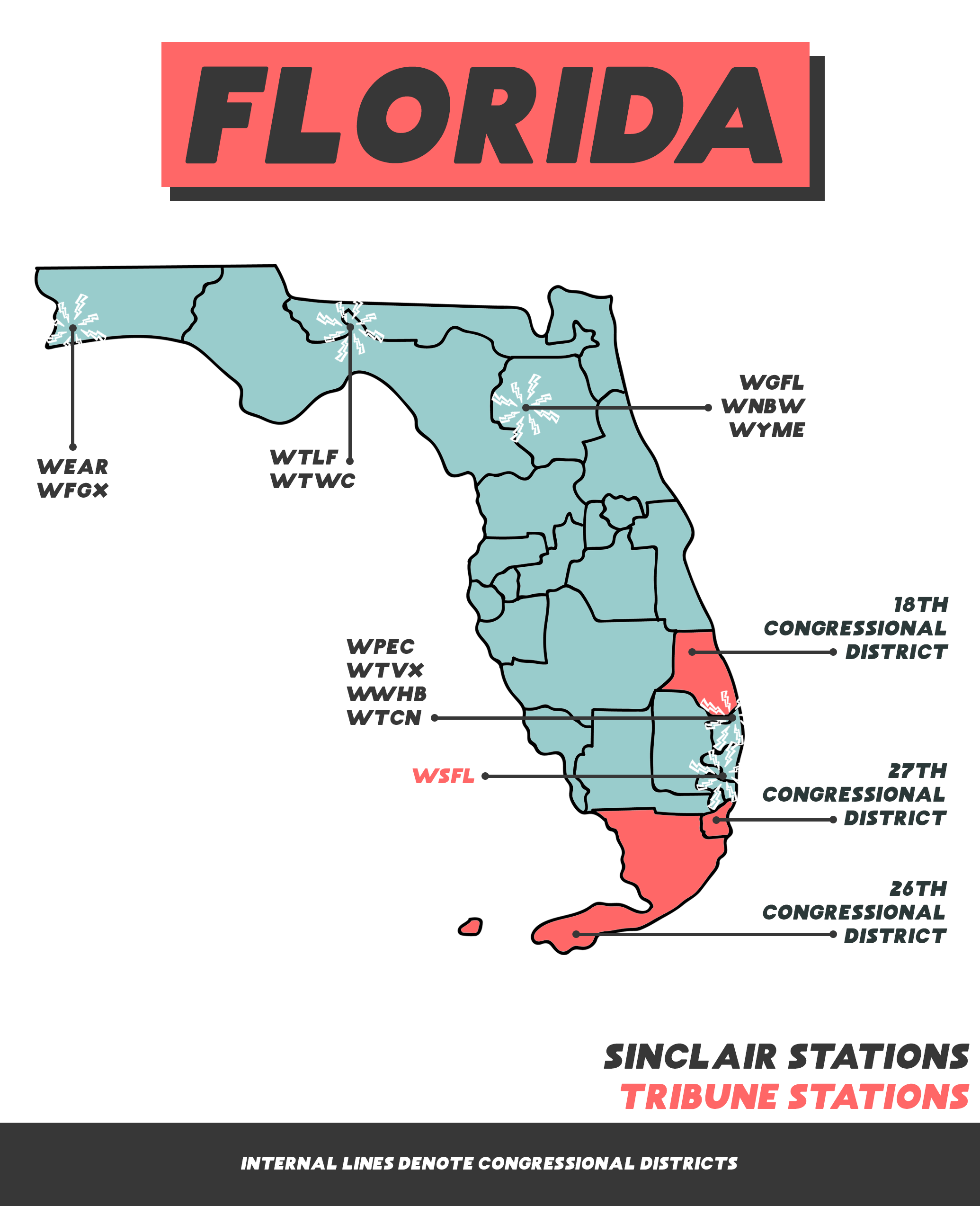 Sinclair’s political action committee donated a total of $4,500 to Sen. Nelson’s re-election campaign committee between March 2015 and March 2018. Nelson is the ranking member of the Senate’s Committee on Commerce, Science, and Transportation -- an important committee for Sinclair, since its jurisdiction includes the communications industry. Nelson has said Sinclair lobbied him last year in order to tamp down on potential Democratic opposition to the Tribune deal. But he has led at least two efforts by Senate Democrats in recent months that have targeted the FCC's role in regulating Sinclair's expansion.

Sinclair is currently suing two former WPEC (CBS 12) reporters, claiming the former employees owe Sinclair thousands of dollars each for leaving the station before the end of their respective contracts. One of the reporters, Jonathan Beaton, cited a “clear-cut conservative agenda” in the newsroom as one reason he decided to leave. Recently leaked contracts from other Sinclair-owned stations reveal a pattern of harsh financial penalties that discourage employees from leaving or speaking out against the company.