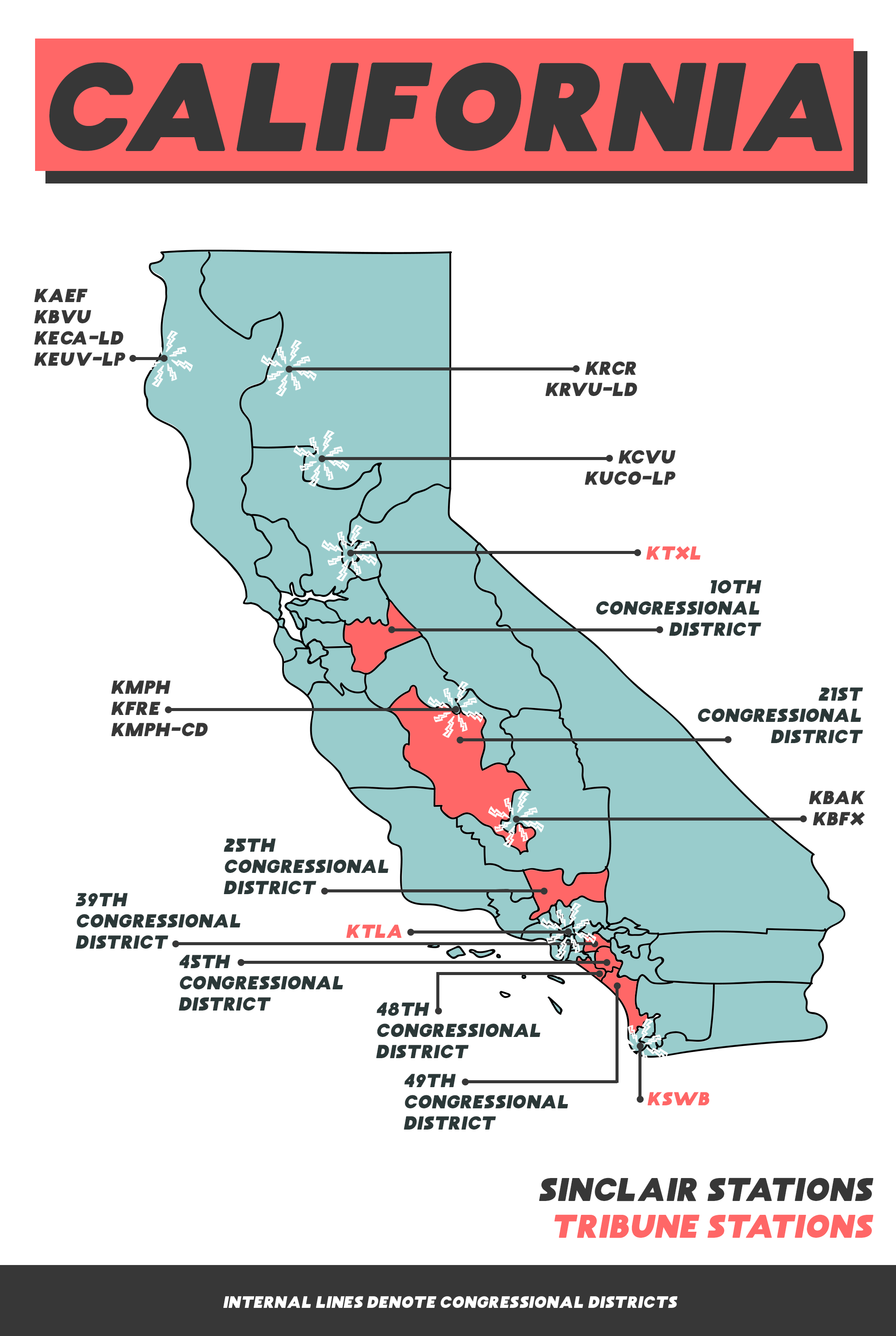 There are seven key congressional district races in California, most labeled by Cook Political Report as toss-up or “lean Republican” races and some targeted as key races by political groups. One currently includes several communities with Sinclair news stations, and the rest may have at least one Sinclair station before Election Day.

Sinclair stations in the state