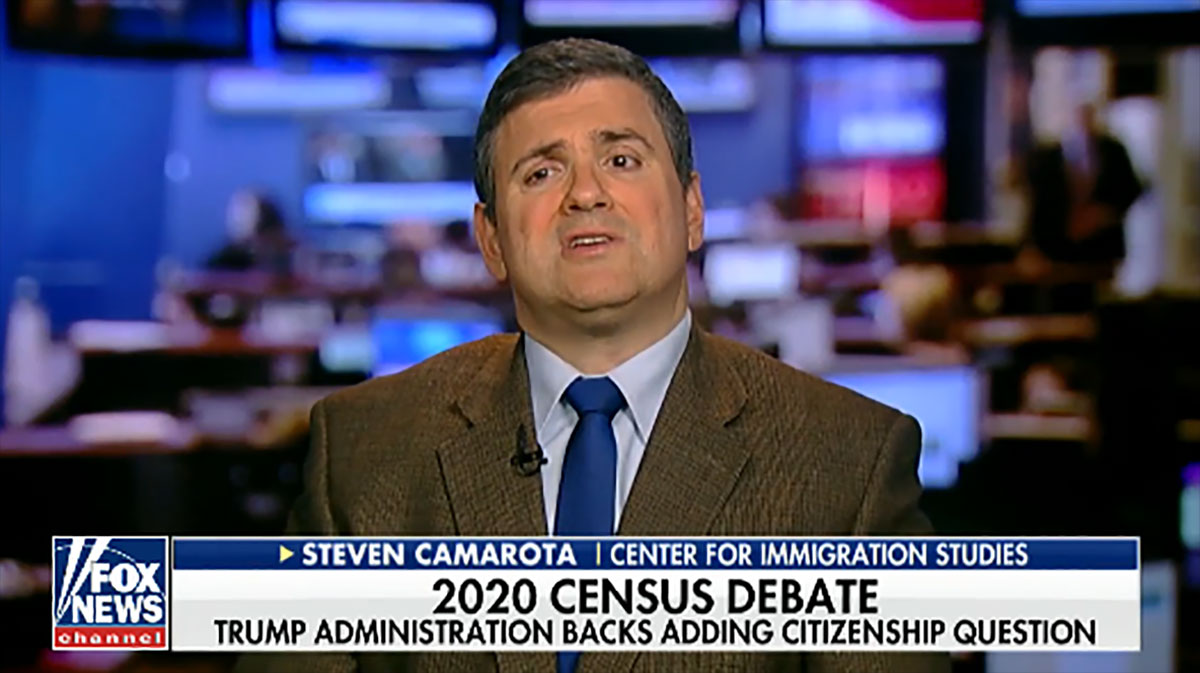 Media outlets are citing the anti-immigrant hate group Center for Immigration Studies (CIS) in reports about the Trump administration’s addition of a citizenship question to the 2020 census, which experts say will jeopardize its accuracy.

The Southern Poverty Law Center (SPLC) has called CIS founder John Tanton “the father of the modern nativist movement” and designated his organization a hate group because it “churns out a constant stream of fear-mongering misinformation about Latino immigrants.” Also contributing to the decision to designate was CIS' “repeated circulation of white nationalist and anti-Semitic writers in its weekly newsletter and the commissioning of a policy analyst who had previously been pushed out of the conservative Heritage Foundation for his embrace of racist pseudoscience.” CIS personnel have a record of making racist commentary and portraying immigrants as dangerous criminals. Yet, all too often, media outlets treat CIS as a credible voice in immigration debates, and they frequently fail to identify either its anti-immigrant views or its white nationalist ties.

This is happening again in reports regarding the Trump administration’s announcement that it will add a question about citizenship to the 2020 census. At least a dozen states oppose the move and have indicated they will sue the administration to prevent the question from being added, and census and civil rights experts have said adding such a question will reduce response rates from immigrants, jeopardizing the census’ accuracy. Yet CIS has defended the addition of a citizenship question, and news reports from both conservative and mainstream outlets are discussing the organization’s support of the Trump administration move.

Only WTOP and the Star Tribune mentioned CIS’ agenda, saying simply that the group “pushes for decreased immigration” and has “advocated for tougher immigration regulations.” But those descriptors hardly inform voters about CIS’ problematic origins or its continuing associations with white nationalists and other bigots. Legitimate media outlets should not cite anti-immigrant groups as sources of unbiased information at all -- and if they do, they should clearly label them as such.