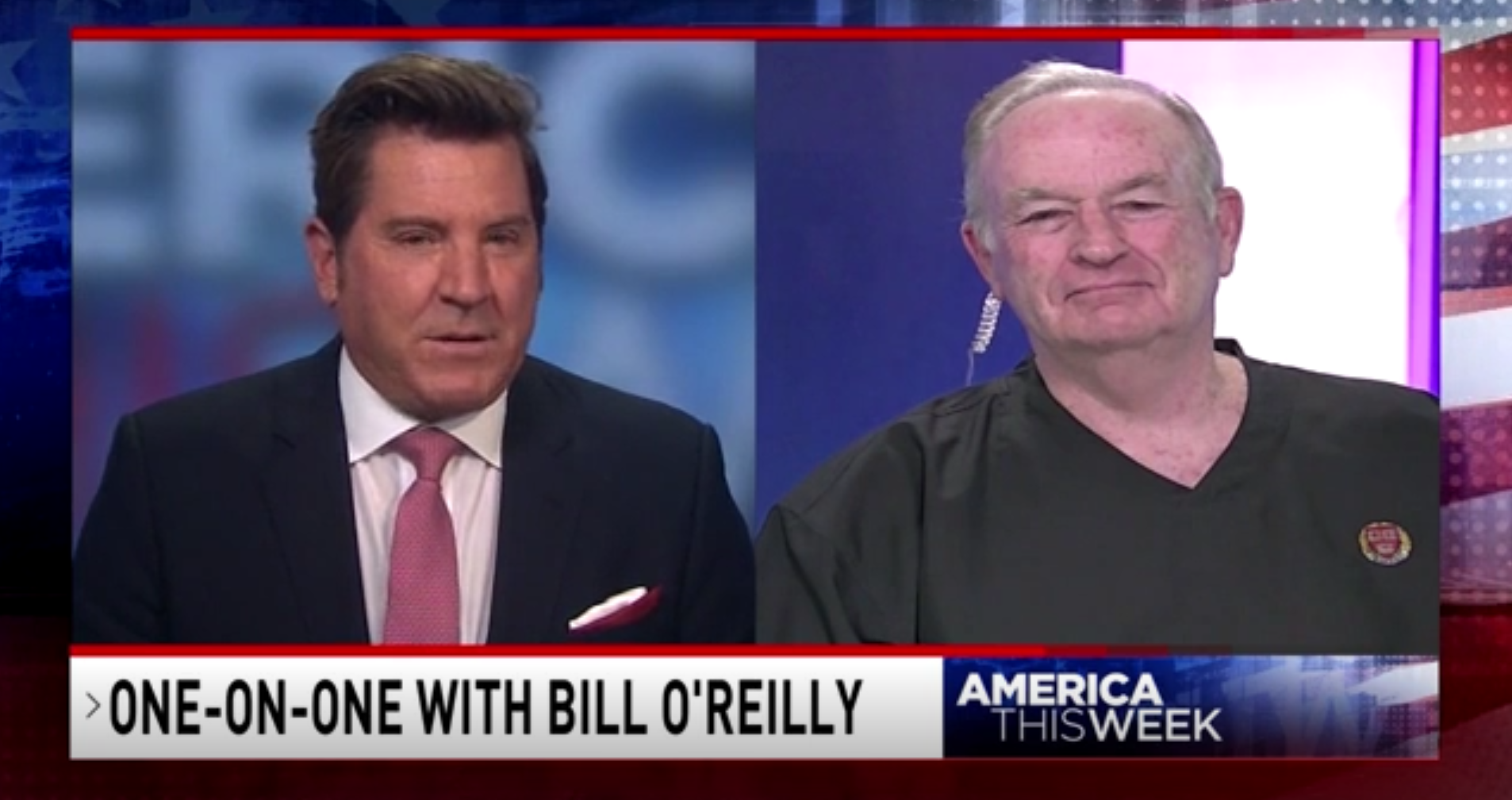 Disgraced former Fox News host and serial sexual harasser Bill O’Reilly appeared on the latest episode of Eric Bolling’s show for Sinclair Broadcast Group. The two men have a lot in common: Both Bolling and O’Reilly previously worked at Fox News, and both left their previous hosting gigs after reports that they had sexually harassed multiple colleagues.

O’Reilly was one of several guests on the May 22 edition of Bolling’s America This Week program, a relatively new weekly political show that streams on Sinclair station websites and occasionally broadcasts on air. In the roughly eight-minute interview, Bolling and O’Reilly discussed disagreements among Democratic presidential candidates about appearing on Fox News, Bolling's and O'Reilly's opinions about The New York Times, and journalists’ use of anonymous sources. The casual interview began and ended with a series of inside jokes about the conservative media world and teasing banter between the host and his “good friend.”

O’Reilly was fired from Fox News in April 2017 following reports that he and 21st Century Fox had settled multiple sexual harassment lawsuits. Later reporting from The New York Times revealed that Fox and O’Reilly actually paid out a total of about $45 million in six publicly known settlements with women who reported he sexually harassed or verbally abused them -- including one previously unknown $32 million sexual harassment settlement reached shortly before Fox renewed his contract in early 2017. (During the interview, Bolling acknowledged that O’Reilly had a “bone of contention with [the Times] for a very long time,” likely a reference to the paper reporting several major scoops about these settlements.)

O’Reilly has since been largely relegated to streaming and posting his takes on his eponymous website, though he is now writing a book about President Donald Trump and he interviewed the president on Air Force One earlier this year.

Bolling left Fox News in 2017 as well, following reports he had sent multiple workers unsolicited pictures of genitalia. Bolling now hosts a regular program on the conservative streaming platform BlazeTV as well as his Sinclair show. He, too, has remained part of Trump’s orbit, working with first lady Melania Trump on opioid misuse issues and interviewing the president for a previous episode of his Sinclair show.

O’Reilly and Bolling both embodied the worst of Fox News during their tenures at the network, frequently spewing race-baiting, anti-immigrant, anti-Muslim, and misogynistic rhetoric.