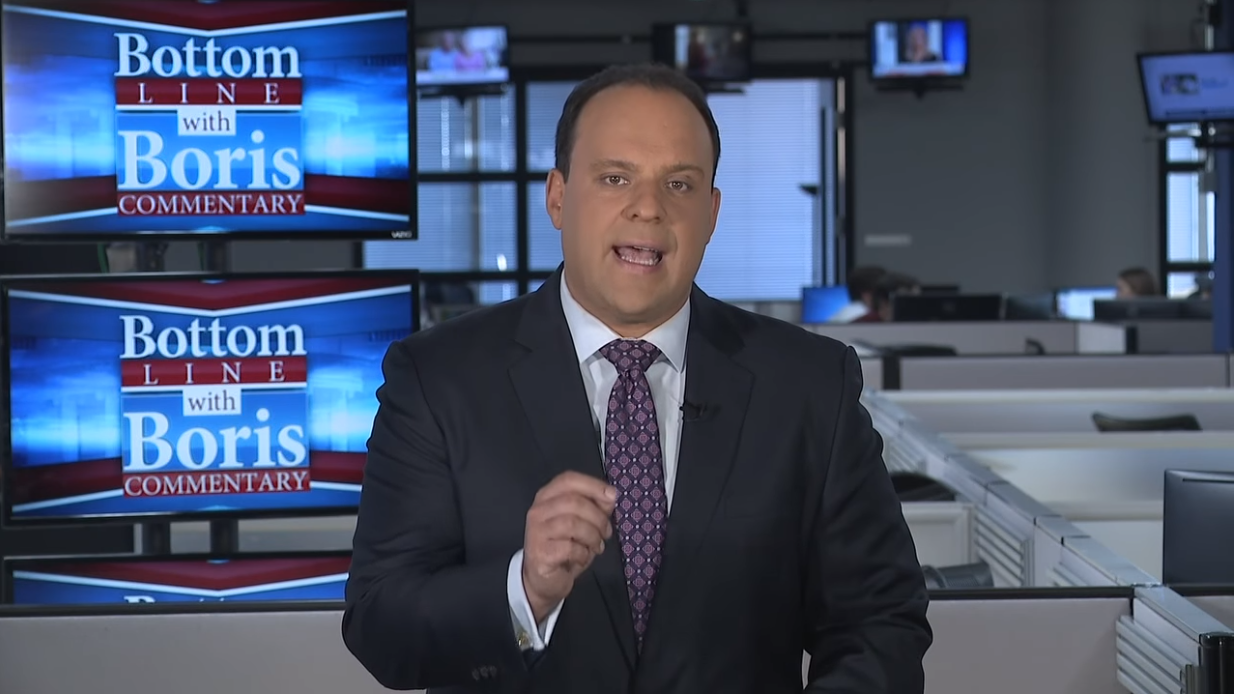 In a July 9 reality TV-like event, Trump formally nominated Judge Brett Kavanaugh of the D.C. Circuit Court of Appeals to fill the Supreme Court seat vacated by Justice Anthony Kennedy. Sinclair Broadcast Group’s chief political analyst Boris Epshteyn, who used to work in the Trump White House, was there in person to watch it unfold. And, as expected, he was ready to tell local news viewers how great this decision was.

Less than a day later, Epshteyn published his latest commentary segment for Sinclair, in which you can practically hear him salivating over the Kavanaugh pick. In the 90-second segment, Epshteyn manages to throw just about every justification for supporting the Kavanaugh nomination at the wall, while attempting to paper over any of the myriad reasons lawmakers might oppose the nomination.

Kavanaugh -- who, according to a recent analysis, would be nearly as far right ideologically as the most conservative current justice, Clarence Thomas -- doesn’t “seem affected by any political ideology,” Epshteyn argues. Epshteyn also suggests that Democratic senators in states like Indiana, North Dakota, and West Virginia will vote to confirm Kavanaugh if they want to ”keep their chances to be reelected alive" come November. (Sinclair has local news stations in both Indiana and West Virginia.)

Here is the full transcript, along with video of the segment playing on Sinclair flagship station WBFF (Fox 45) in Baltimore, MD:

BORIS EPSHTEYN: On Monday of this week, I had the honor of seeing President Trump nominate Judge Brett Kavanaugh to succeed retiring Justice Anthony Kennedy on the Supreme Court. Kavanaugh has served as a judge on the U.S. Court of Appeals for the District of Columbia for almost 12 years. Kavanaugh is immensely qualified for the high court. He served as a Supreme Court law clerk for Justice Kennedy after attending Yale University and Yale Law School. Kavanaugh also worked in the Bush White House.

The more conservative Republicans may not be thrilled with the selection. However, it is important to remember that Kavanaugh is a constitutionalist and will uphold the rule of law.

Moderate Republicans are big fans of Kavanaugh’s pick. He has described Roe v. Wade as binding precedent and his decisions don’t seem affected by any political ideology. That position on Roe and the fact that Kavanaugh has not really taken a stand on Obamacare’s individual mandate put a lot pressure on Democrat senators in conservative states, such as Sens. [Joe] Manchin from West Virginia, [Heidi] Heitkamp from North Dakota, and [Joe] Donnelly from Indiana, to vote for Judge Kavanaugh’s confirmation.

Here's the bottom line: Kavanaugh was the least controversial nominee from the president's list of potential justices. He is easily the most confirmable candidate for the open seat. I imagine that we will see most of the Democrats in Republican-leaning states who are up for reelection in November vote for Kavanaugh in the end so as to keep their chances to be reelected alive.

This segment will now be forcibly aired, often spliced into local news coverage, on more than 100 Sinclair-owned or -operated news stations throughout the country as part of the media giant’s infamous “must-run” lineup. According to a Media Matters search of the iQ media database this morning, the segment has already aired on stations in at least 21 states.

Are there Sinclair stations near you? Use Media Matters’ interactive map at FindSinclair.com to learn more.