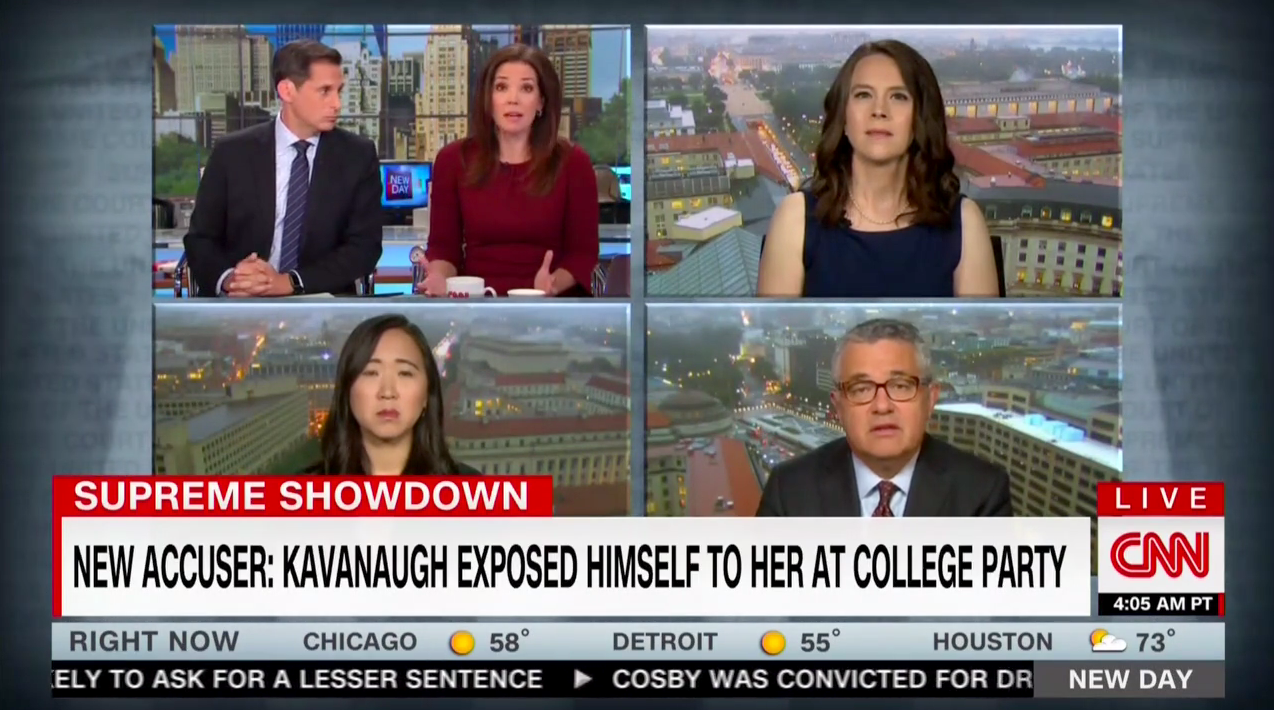 A CNN panel on New Day featured, along with two journalists, the chief counsel and policy director for the conservative Judicial Crisis Network to comment on a second report of sexual misconduct by Supreme Court nominee Brett Kavanaugh. On September 23, The New Yorker published the account of Deborah Ramirez, a college classmate of Kavanaugh, who says he “exposed himself at a drunken dormitory party, thrust his penis in her face, and caused her to touch it without her consent as she pushed him away.” Last week, The Washington Post published the story of Christine Blasey Ford, who says Kavanaugh assaulted her when they were in high school.

Judicial Crisis Network's Carrie Severino appeared on CNN along with a reporter and a CNN legal analyst. In the segment, Severino claimed that Kavanaugh “has been subject to a sustained campaign -- public smear campaign against him for the last two weeks.” She asserted without evidence that “the initial Ford allegations are unraveling before our eyes,” adding that “the Democrats are going crazy trying to find something else they can do” to stop Kavanaugh’s confirmation and that Ramirez’s “allegation is even less credible.” CNN offered no explanation in the segment for why it invited a conservative, pro-Kavanaugh activist without any counterbalance on the panel.

Judicial Crisis Network has pledged $1.5 million in advertising to push for Kavanaugh's confirmation to the Supreme Court.

From the September 24 edition of CNN's New Day: