Over the past week, Senate Republicans worked tirelessly to take health insurance away from 32 million people -- or slightly fewer, paired with giant tax cuts for their wealthiest friends. However, Hannity viewers might have thought we were still in the election cycle of 2016 and that the news of the week actually revolved around former Democratic presidential nominee Hillary Clinton.

A Media Matters analysis found that from July 13 to 19, Fox News’ Sean Hannity devoted more time to so-called “scandals” surrounding Hillary Clinton than to health care -- spending 1 hour, 7 minutes and 51 seconds on his prime-time show on the Clintons compared to 44 minutes and 34 seconds on health care.

Although one whose main source for news is Hannity might not realize it, there has been a lot of health care news in the past week. On July 13, the Senate finally unveiled its newest plan to repeal and replace the Affordable Care Act (ACA). By July 17, Sens. Mike Lee (R-UT) and Jerry Moran (R-KS) had announced they wouldn’t be supporting the motion to proceed on the bill, effectively killing the legislation. The same night, Senate Majority Leader Mitch McConnell (R-KY) stated that Republicans would move forward with a straight repeal, an idea that met its demise the next day. The Senate GOP’s health care bills have been almost universally criticized and marred by bad poll numbers. Amid the negative coverage of the latest bill, it appears as if Hannity chose instead to focus his attention, and his viewers’, on a common right-wing foe instead: Hillary Clinton.

Hannity’s obsessive Clinton chatter focused on bogus and debunked smears, including accusations that she colluded with Ukraine: 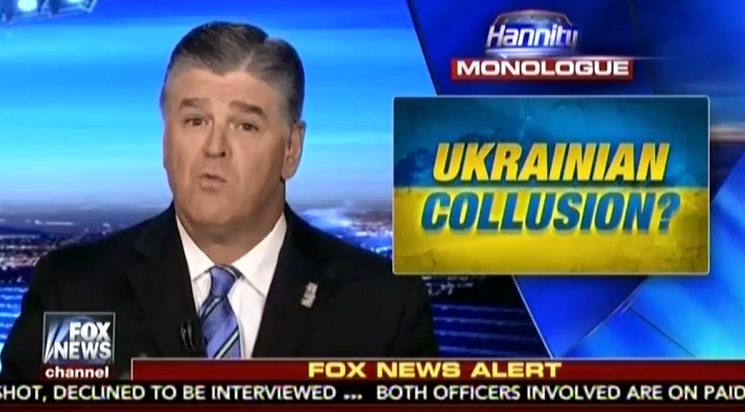 Hannity also hyped a previously debunked smear from the error-filled book Clinton Cash that as secretary of state, Clinton approved the transfer of up to 20 percent of America’s uranium to Russia: 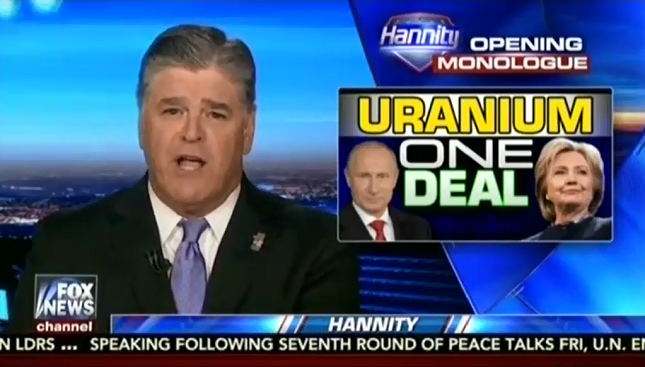 Hannity’s absurd focus on Clinton and sycophantic coverage of President Donald Trump are nothing new. But it’s becoming increasingly obvious that Hannity’s Clinton crusade is an attempt to paint an alternate reality for his viewers -- a reality where Clinton “scandals” are more relevant than Trump’s disastrous policy agenda. It’s clear that not only is Hannity incapable of moving past the 2016 election, but that the only move he has in his playbook is attacking Clinton.