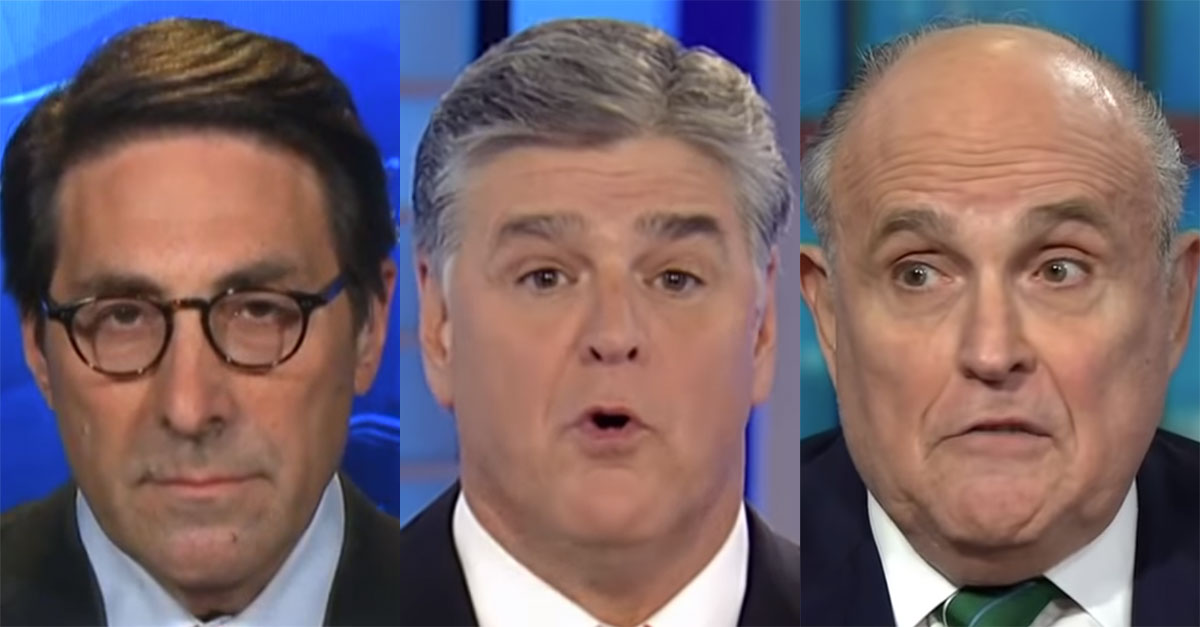 Sean Hannity announced on Twitter that he will turn over the August 10 edition of his nationally syndicated talk radio show to two of President Donald Trump’s lawyers, Jay Sekulow and Rudy Giuliani. 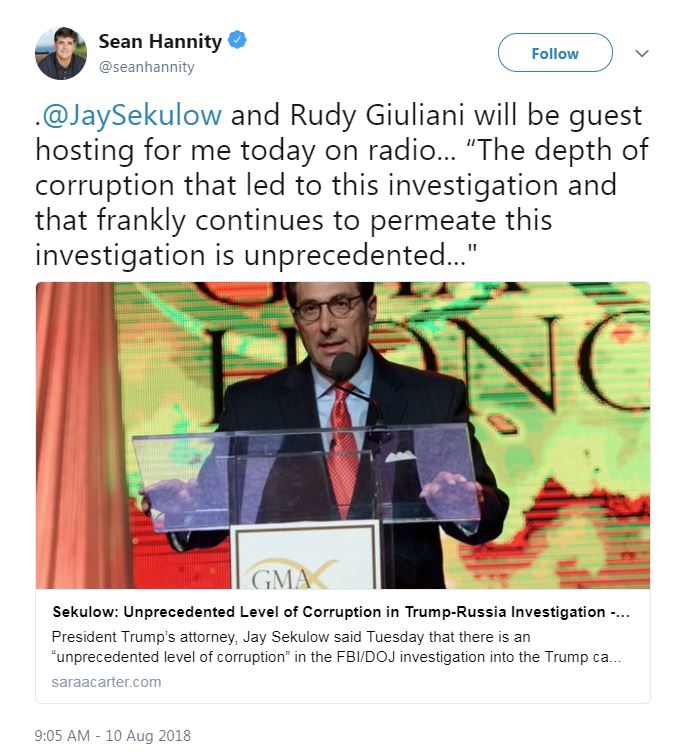 Sekulow and Giuliani are regular guests on Hannity’s both Fox News show and radio show.

Hannity has even hired Sekulow as his attorney.

Hannity’s singular goal for months has been to protect Trump from the Russia probe led by special counsel Robert Mueller. Now he’s giving his show to Trump’s lawyers to do exactly that.