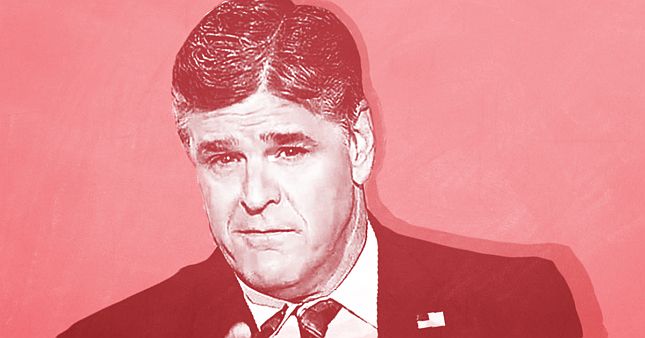 Court documents revealed on October 30 showed that George Papadopoulos, a Donald Trump campaign adviser, sought “dirt” on Democratic presidential nominee Hillary Clinton from an “overseas professor” with Russian ties. But someone else who has boasted of his close ties to Trump has also repeatedly said Russians should share anything they had on Clinton -- Fox News host and Trump shill Sean Hannity.

Papadopoulos pleaded guilty to lying to the FBI about a conversation he had with the professor who told him that Russia had “dirt” on Clinton in the form of “thousands of emails” from her. The professor also introduced him to someone connected to the Russian Ministry of Foreign Affairs and a woman who Papadopoulos believed was a relative of Russian President Vladimir Putin. According to the court records, Papadopoulos forwarded requests for then-candidate Trump or a campaign representative to meet with Russian government officials in Moscow, and a Trump campaign supervisor eventually encouraged Papadopoulos to make the trip himself, though he never did.

Following the release of the court documents, Hannity downplayed the importance of Papadopoulos’ guilty plea by saying “I never heard of [Papadopoulos], and I was as close to the Trump campaign as anybody.” But as far back as May 2015, Hannity had himself shown interest in the possibility that Russia might have hacked Clinton’s email server. Hannity is a well-known Trump shill who has teamed up with the president to attack press coverage critical of Trump and mount a public defense against allegations that Trump’s campaign colluded with Russia during the election. Trump gushed about the Fox host at his campaign rallies and has recently rewarded him with an interview.

Here are seven times Hannity suggested Russia might have dirt on Clinton -- in the form of emails from a private server she used -- and indicated he wanted it released:

1. Hannity theorized Clinton’s emails were hacked: “Maybe we’ll be able to get it from Vladimir Putin or the Chinese.” [Fox News, Hannity, 5/19/15]

2. Hannity: “I think we have to raise money. I assume the Chinese have it. I think Vladimir Putin has it. I want to raise money and buy the entire server. ” [Fox News, Hannity, 7/29/15]

3. Hannity: “I may go to Russia and have a discussion with Vladimir and offer him a lot of money for the copy of the server that he has.” [Fox News, Hannity, 8/5/15]

5. Hannity: “Let’s say they did [collude], they said to Vladimir Putin, ‘Hey Vladimir, release everything you got.’ And Vladimir released it to Julian Assange. You know, is that a crime?” [Media Matters, 5/22/17]

6. Hannity: “What was the collusion? That maybe somebody in the Trump campaign talked to somebody in Russia. … Is that a crime, to say, ‘Release it?’” [Premiere Radio Networks, The Sean Hannity Show, 6/23/17]