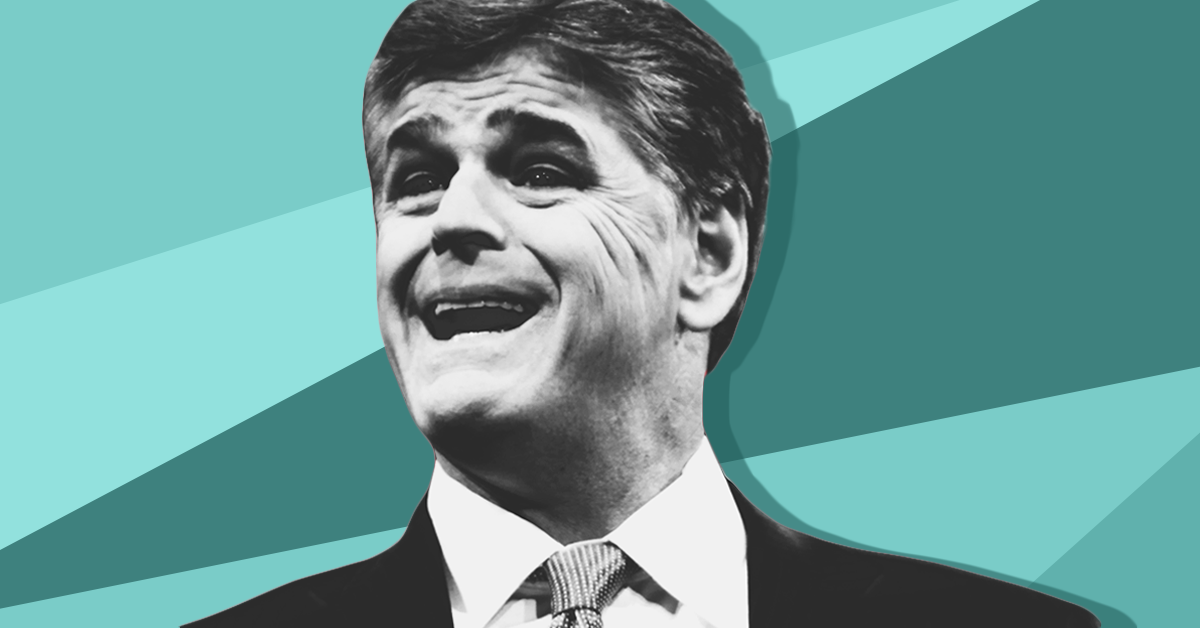 Fox News’ prime-time block of programming these days is extremely dark. The network’s evening hosts have been in a highly agitated state, filling the airwaves with grave warnings about totalitarianism, covert subversion by anti-democratic forces, and midnight raids on the quiet homes of unsuspecting citizens. This churning miasma of corruption and menace is sourced to a single nefarious person whose scheming -- if left unchecked -- could undermine civil society and pose a threat to the very fabric of American democracy itself.

Mueller has never been the most popular person at Fox News given that he’s busily investigating Donald Trump, whom the network treats less as a president and more as a living sun god. Fox’s biggest names have been working to discredit Mueller and calling for his head for months. (A Media Matters study found that Sean Hannity had called for Mueller to resign or be fired 40 times between May and the beginning of November.) But ever since news broke that Trump’s former national security adviser Michael Flynn had cut a deal with the special counsel and pleaded guilty to making false statements to the FBI, the level of anti-Mueller histrionics at Fox has spiked as the network’s hosts and contributors paint Mueller and his investigation as existential threats to the country.

Sean Hannity kicked off his December 6 show by ripping into “Robert Mueller's partisan extremely biased hyper-partisan attack team.” To Hannity, the fact that Mueller (a registered Republican as of several years ago) hired investigators who donated to Democratic campaigns meant that “Robert Mueller has assembled the most partisan special counsel in history. Now, they are in utter disgrace in terms of equal justice under the law.” Per Hannity, Mueller and his team “now pose a direct threat to you, the American people and our American republic.”

Then Hannity turned to Fox News legal analyst Gregg Jarrett, who piled on the hysterics. “I think we now know that the Mueller investigation is illegitimate and corrupt,” he said, referring to Mueller’s dismissal of investigator Peter Strzok, who had sent text messages in 2016 mocking Trump. “Mueller has been using the FBI as a political weapon. And the FBI has become America's secret police,” Jarrett added, explaining that it has become “like the old KGB that comes for you in the dark of the night, banging through your door.”

Hannity was in complete agreement. “This is not a game. This is not hyperbole you are using here,” he said of Jarrett’s obvious hyperbole. “Ask Paul Manafort,” Jarrett replied. “They came for him and broke through his front door.” Hannity was shocked. “If it can happen to him, Gregg …” Jarrett finished the thought. “It can happen to all of us. Absolutely. The FBI is a shadow government now.”

Pardon me while I get a change of pants.

This is all quite insane. When Paul Manafort, the onetime Trump campaign chairman and shadowy millionaire lobbyist who is wrapped up in off-the-book Ukrainian financial deals, is your avatar of the persecuted everyman, you’re playing a desperate and losing hand.

As for the KGB nonsense, it is true that the FBI conducted a no-knock raid on Manafort and subsequently arrested him after a grand jury returned indictments for conspiracy and money laundering. But doing things like obtaining warrants and presenting evidence to a grand jury are precisely what secret police forces -- KGB and otherwise -- don’t do. The whole point of a “secret police” is to obviate due process, and by all indications the arrest of Paul Manafort was by the book.

Later the same evening, Fox News contributor Newt Gingrich appeared on Laura Ingraham’s program and started howling about the threat Mueller poses to America itself. “Mueller is corrupt, the senior FBI is corrupt. The system is corrupt and until you get back up and say -- realize how really truly corrupt this is, there's a sickness here,” Gingrich said. “I think it is frightening,” he added. “If you believe in the rule of law and you believe in America, what we are learning is genuinely frightening.”

On December 4, Fox Business host Lou Dobbs went the extra mile, slamming Mueller as a partisan hack but also calling for him to be prosecuted for unspecified “crimes” against Trump. “A call for the firing of Robert Mueller no longer really truly satisfies any call for accountability,” Dobbs said. “Strzok and Mueller and Comey, in my judgment, should be the subjects of criminal investigations and held fully accountable for crimes against a sitting president and the voters who supported them. Just one man's opinion.”

All this overwrought talk of the KGB and threats to democracy made a compelling show for Fox News’ core audience of angry seniors. My suspicion is that the message is intended for one specific angry senior who is known to be a devoted Fox viewer: Donald Trump.

As the Washington Post’s Greg Sargent wrote in October, there exists “a vast, multi-tentacled, largely-fictional alternate media reality that casts large swaths of our government as irredeemably corrupt -- with the explicitly declared purpose of laying the rationale for Trump to pardon his close associates or shut down the Russia probe, should he deem either necessary.” In the aftermath of the Flynn bargain, Hannity, Jarrett, and pals are putting in extra work to frame Mueller and his investigation as over-the-top threats to the country and Trump’s presidency that must be eliminated. That’s a message Trump wants to hear, and everyone knows he’s watching.