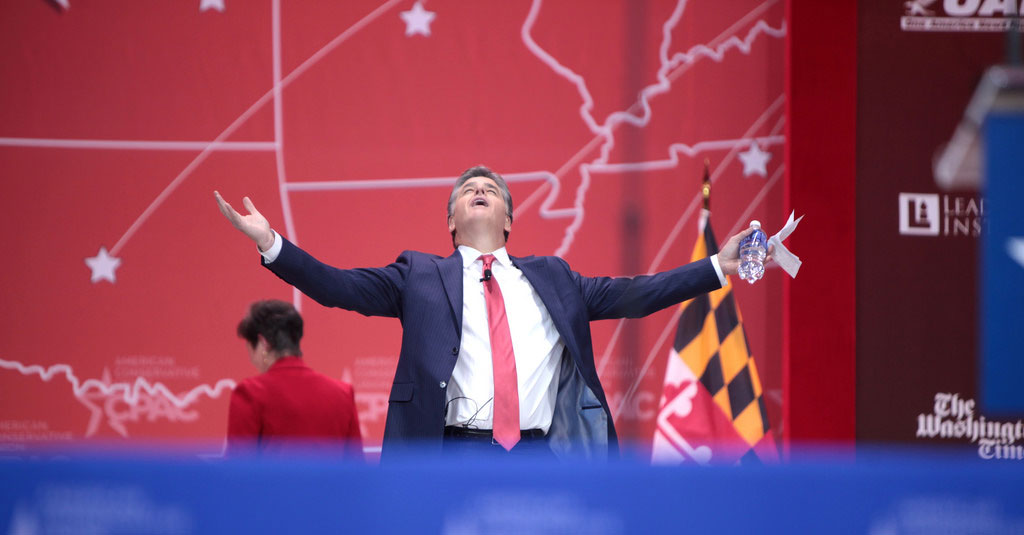 If anything good came from Monday’s revelation that Sean Hannity had concealed a massive conflict of interest from Fox News’ viewers, it was that his conduct was so egregious, and his network’s lack of interest in journalistic ethics so obvious, that it may have cleared things up for any mainstream reporter who still considers Fox a real news outlet.

As part of Hannity’s campaign against special counsel Robert Mueller’s investigation of President Donald Trump, the Fox host last week repeatedly denounced the FBI’s raid of the office of Trump personal lawyer Michael D. Cohen on the network’s airwaves. Only yesterday did the public learn of a secret tie between Hannity and Cohen -- Hannity had been Cohen’s legal client.

For many, including myself, this was simply confirmation of the obvious: Fox has no rules for the likes of Hannity. The network prioritizes keeping its top ratings star happy over its responsibility to the public.

But for others, this was an opportunity for the network to prove itself:

Going to find out what kind of org Fox is today. No serious news org would allow someone this conflicted to cover this story https://t.co/8KX1JLlzpx

Fox has now released a statement on the issue that demonstrates just “what kind of org” the network is:

FOX NEWS statement on Hannity: “While FOX News was unaware of Sean Hannity's informal relationship with Michael Cohen and was surprised by the announcement in court yesterday, we have reviewed the matter and spoken to Sean and he continues to have our full support.”

The statement’s message is simple: Fox doesn’t care about ethics.

The network isn’t interested in whether Hannity has a conflict of interest. It will take Hannity’s claims at face value without delving into his relationship with Cohen.

Fox’s executives don’t feel that they owe it to their audience to apologize.

There’s no indication that the host will be restricted from discussing Cohen going forward.

There’s no signal that the network believes Hannity did anything wrong. He certainly won’t be disciplined.

There’s not even a name attached to the statement taking responsibility for the comments.

Fox has, through word and deed, consistently shown that the network doesn’t operate like a normal news organization.