Immediately after reports of multiple package bombings in Austin, Texas that killed an African-American teenager and wounded two other minorities (African American and Hispanic), right-wing media figures and fringe right-wing message boards began circulating unfounded conspiracies that the bombings were a “false flag,” the beginning of a race war, and that “Antifa” was responsible.

It's too soon to know what is happening in Austin, Texas, it's worth noting that bombs are traditionally a left-wing / ANTIFA method of terrorism.

William Ayers, Obama's mentor, used bombs as part of his terror activities with the Weather Underground.https://t.co/xcnzZb9Zv4

Sean Hannity's “related articles” about the Austin bombings are about Obama, Keith Ellison, and antifa pic.twitter.com/VN6a4ENvcz

A Buzzfeed reporter pointed out that Alex Jones was the first result when searching Austin explosions on YouTube.

The Alex Jones Show pops up first on YouTube when searching for “Austin explosions” in Incognito. Jones suggests without evidence that Antifa are “prime suspects” in planting the packages. pic.twitter.com/XDKepPqrr6

OWEN SHROYER: You know what? Oh wow! Oh wow! When did Sadiq Khan get to Austin, Texas? Is Sadiq Khan in Austin, Texas right now? We’re gonna have to look into that because Sadiq Khan said that when he’s the mayor of a city, terrorism is part and parcel. So then he arrives in Austin and then you have two explosions, so I’m just reporting on things that happen here. Not trying to connect any dots, folks, just saying Sadiq Khan says terrorism is part and parcel to the major cities and then maybe he arrives in Austin, I don’t know if he’s here today or not, and then there’s two explosions. Obviously I’m being tongue in cheek here, however, since the audience was asking about South By Southwest, it is kind of strange if you think about it. 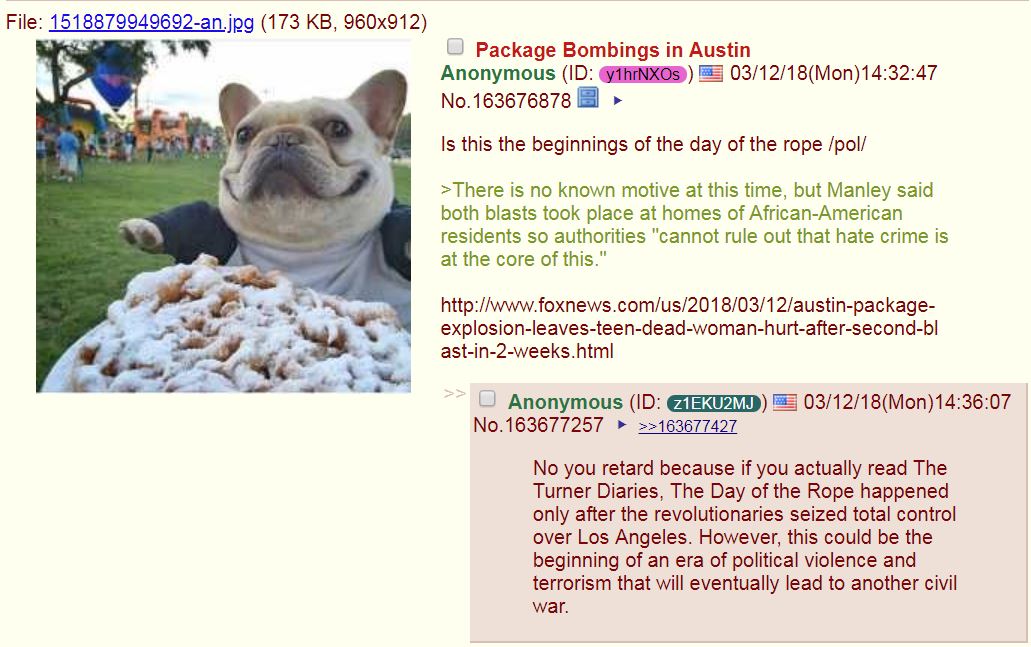 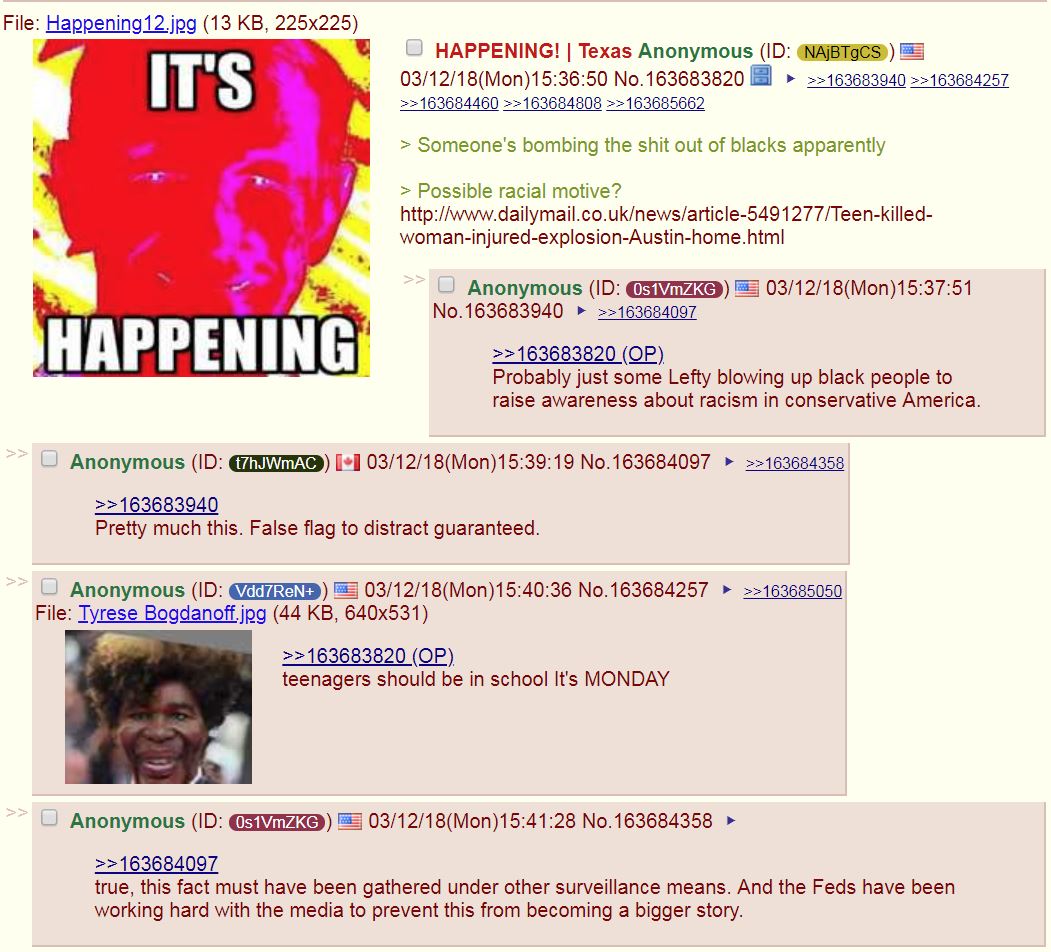