UPDATE (9/19/18): The group has been deleted since the publication of this report.

A private Facebook group masquerading as an official fan group for Fox News host Sean Hannity is actually run by Eastern Europeans using it to trick fans into clicking on fake news to bring in advertising revenue. The group is the only part remaining of a network of Kosovo groups and accounts previously identified by Media Matters that had also tricked Americans with fake stories for clicks.

The closed group, called Sean Hannity Fans ( OFFICIAL ), has more than 33,000 members and describes itself as the “Official Group For Sean Hannity.” Many Americans in the group seem to take the group’s name at face value, posting laudatory messages about Hannity and clips from his show. 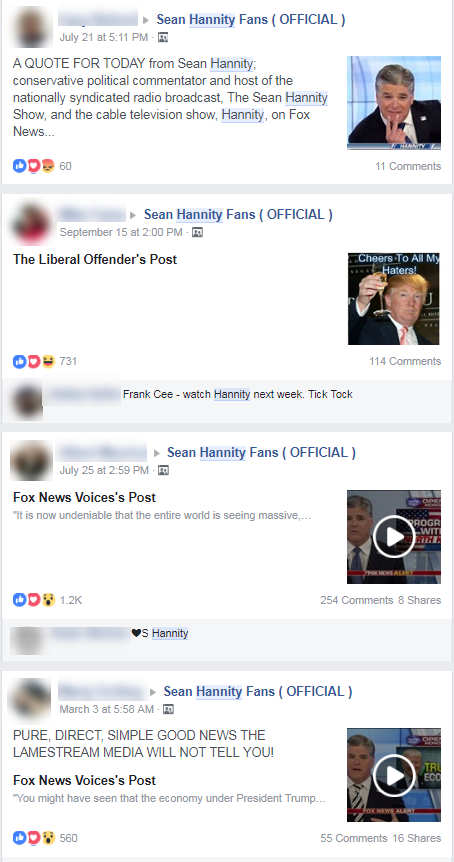 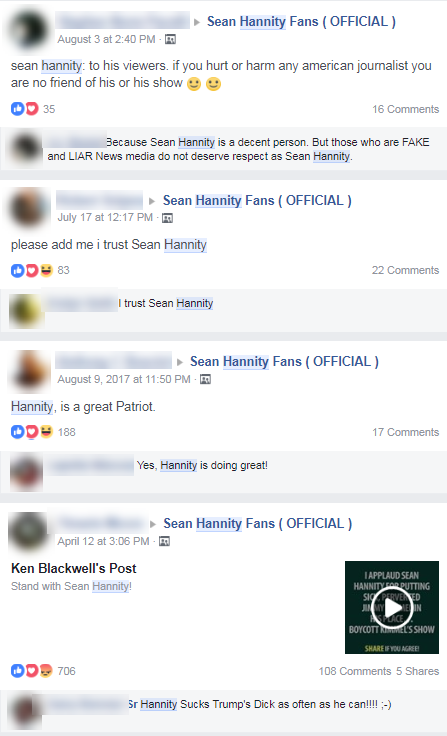 But the group’s real purpose is not to promote Hannity. For one, none of the group’s administrators and moderators appear to be American -- one is from Eastern Europe, and others feature Eastern European activity on their accounts. One of the moderators also tagged himself with another moderator in Kosovo in 2017. All five of them also ran a now-deleted group called Sean Hannity FANS, part of a Facebook network based in Podujevo, Kosovo, that pushed fake news. It took Facebook nearly two months after Media Matters uncovered the network to take down most of the groups and pages in it, but the platform still left the Sean Hannity Fans ( OFFICIAL ) group untouched.

All of the moderators’ accounts have also spammed the Sean Hannity Fans ( OFFICIAL ) group with numerous fake stories, including pieces targeting Muslims and a story about Hillary Clinton originating from fake news site True Pundit. 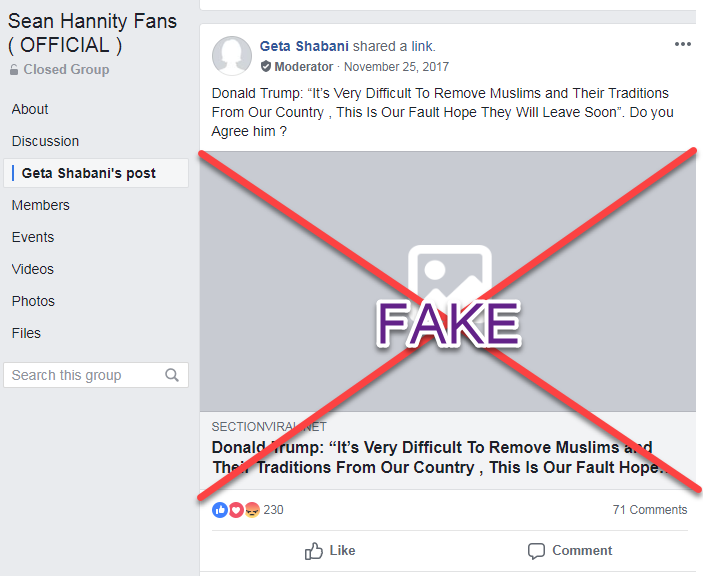 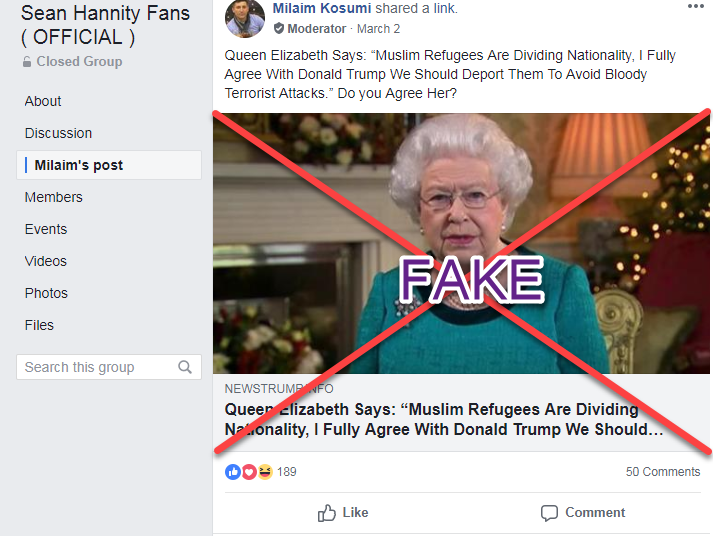 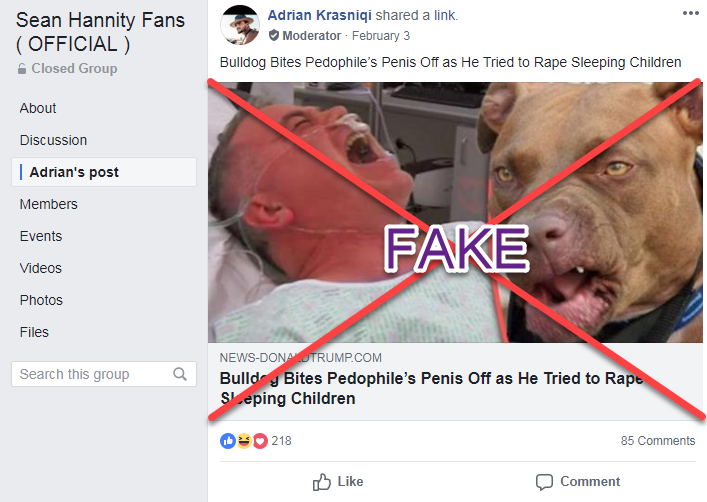 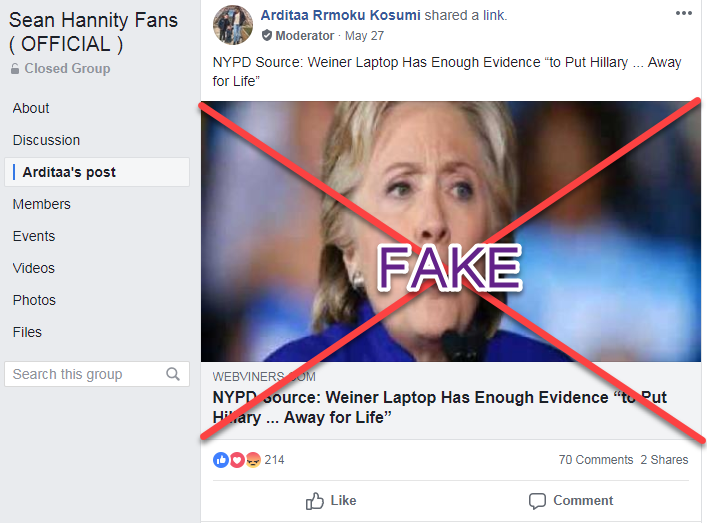 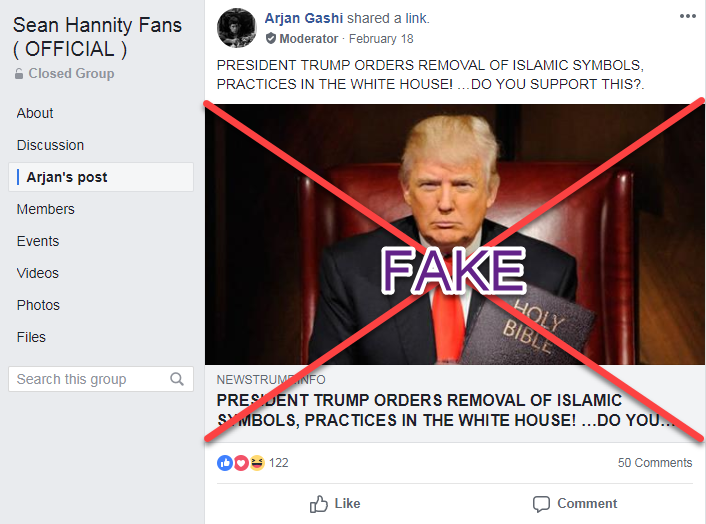 Another account that appears to be from Eastern Europe has spammed the group with fake news, such as a debunked story about renaming Florida’s “Old Dixie Highway,” and another fake story about celebrities calling for a Hollywood strike until President Donald Trump resigns. 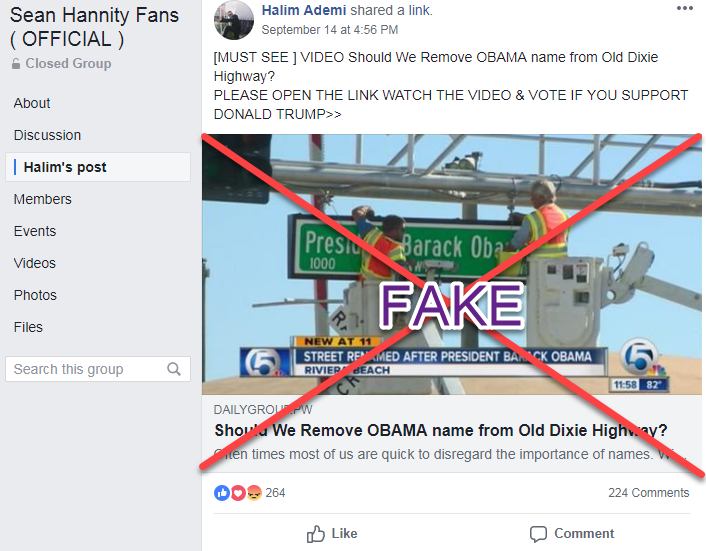 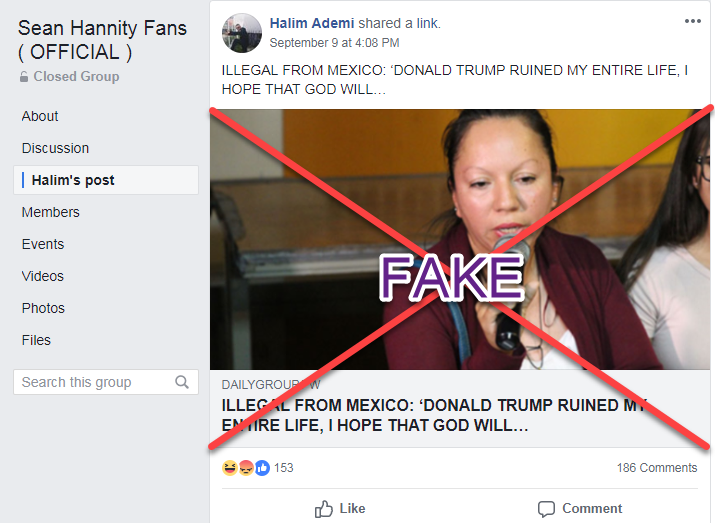 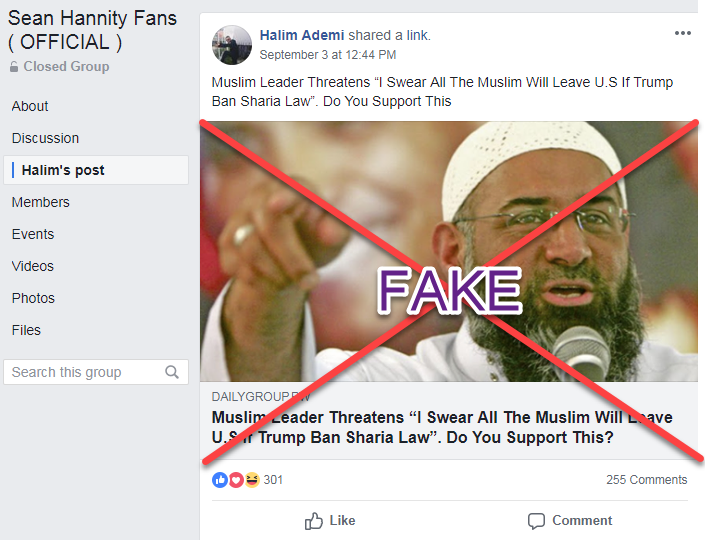 The main site, dailygroup.pw, that this account has linked to recently carries Google AdSense (whose ads include the tag “AdChoices” at the top right), meaning the site earns money when group members click on these fake stories. 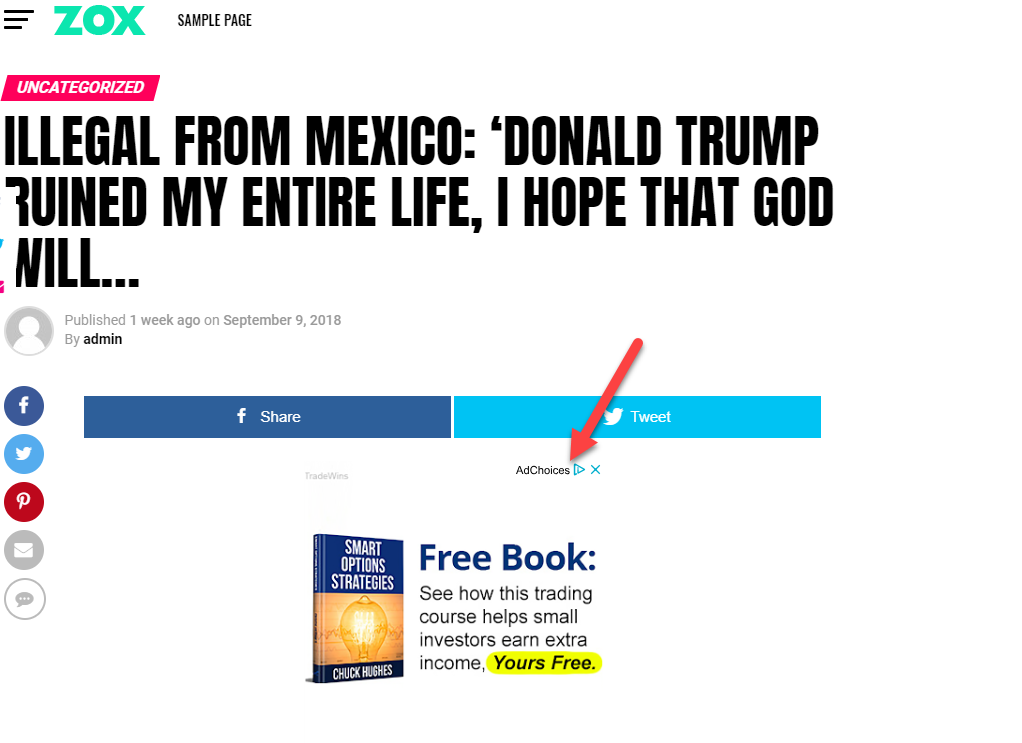 Facebook groups continue to be a major problem for the platform. Users frequently employ them to push harassment and conspiracy theories -- and foreign spammers use them to spread hoaxes and smears -- all without much oversight. Facebook has said it is using machine learning to catch spammers sharing fake stories, but many still slip through. Facebook officials have also downplayed the key role groups play in spreading fake news.