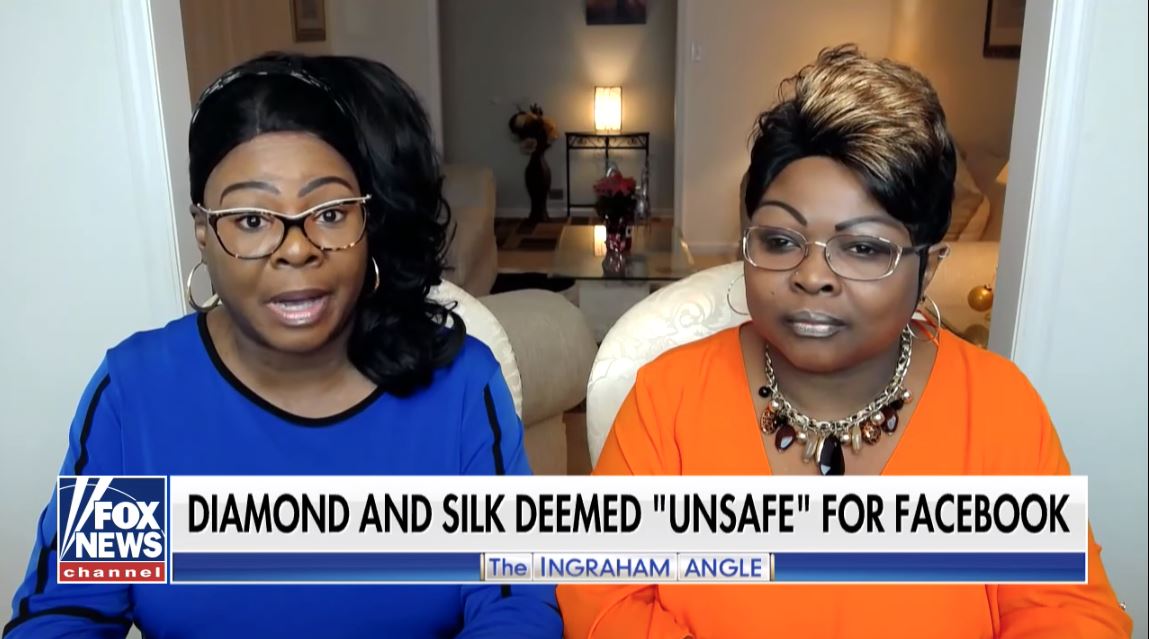 Republican lawmakers repeatedly asked Facebook CEO Mark Zuckerberg about alleged anti-conservative political bias on Facebook during two days of hearings on Capitol Hill this week. But this perceived bias has largely been fabricated or exaggerated by conservative media figures who complain that Facebook’s effort to address misinformation and online abuse is a front for suppressing conservative opinion. If anything, Facebook’s problem is its lack of transparency and inconsistent policy enforcement.

Leading up to the hearings, which were initially billed as focused on Cambridge Analytica and Facebook’s use of user data, conservative media figures had focused on supposed suppression of conservative views.

Fox host Sean Hannity, Fox’s Tucker Carlson, Infowars’ Paul Joseph Watson, The Gateway Pundit, and others had complained about supposed censorship by Facebook. In recent days, far-right commentators Lynette Hardaway and Rochelle Richardson, who go by Diamond and Silk, had also pushed the issue, appearing multiple times on Fox News and claiming that Facebook was trying to silence them by labeling their content “unsafe.”

Facebook has said this was an enforcement error. Subsequent reporting showed that it was also a hoax: Think Progress has debunked their claim that they are being censored, citing data from CrowdTangle to report that their comments are “totally without merit.” Conservative commentator Erick Erickson published an email from Facebook contradicting what the two said on Fox News. In addition, their website -- diamondandsilkinc.americanewscentral.com -- is part of the same Young Conservatives LLC network that Media Matters highlighted in March. As BuzzFeed's Craig Silverman has previously explained, websites affiliated with Young Conservative “are using an increasingly popular tactic of quickly hopping from one domain name to another in order to blunt the impact of Facebook’s recent News Feed algorithm changes.”

Despite these facts, during Zuckerberg’s testimony, multiple Republicans used a rare opportunity to question one of the world’s most powerful people to ask about Diamond and Silk. Sen. Ted Cruz (R-TX) in particular drew online applause from conservatives for pursuing this angle.

Recent data from the social media analytics company NewsWhip found the overall claim of conservative bias to be unfounded as well: Conservative websites continued to get more engagements than left-wing websites even after Facebook changed its algorithm to prioritize news shared by friends over news shared by publishers. And there have been a number of instances in which Facebook has banned posts made by liberal and other non-conservative users -- or even suspended them:

Conservatives have long alleged that there is an anti-conservative bias in the media, and their complaints about social media may well be an outgrowth of that perception. But another factor in their disproportionately loud outcry likely stems from Facebook’s efforts to crack down on fake news, conspiracy theories, and online harassment, which are more prevalent in conservative circles than in others. While Facebook and other media companies are still struggling to deal with these problems in a transparent and consistent way, there is evidence that some right-wing users may be using these platforms irresponsibly and thus feeling the impact more strongly than others.

And there’s a real opportunity cost in focusing on this outcry. During the hearings, Zuckerberg was asked just one question about Facebook’s role in the Rohingya genocide in Myanmar, according to The Daily Beast. Lawmakers also showed a reluctance to confront Zuckerberg over many other serious questions about the social media giant. Facebook and other tech platforms have serious problems to deal with; forcing them to focus on dubious issues distracts from efforts to solve them.