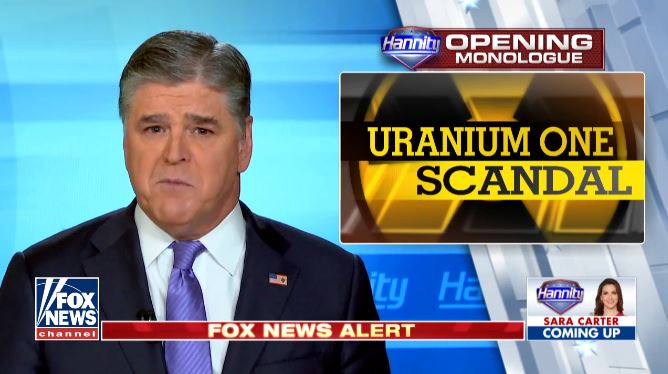 A confidential informant interviewed by congressional staff last month who House Republicans had claimed would bolster their case that Russian interests had bribed then-Secretary of State Hillary Clinton to approve the sale of the mining company Uranium One provided “no evidence of a quid pro quo” involving Clinton, according to a memo produced by Democratic staff and obtained by The Hill. The news is another huge setback to Fox News and other bastions of right-wing journalism, which have spent months defending President Donald Trump by citing the informant’s purported evidence as proof that, in the words of Sean Hannity, the “real collusion” was between Clinton and Russia, and that special counsel Robert Mueller should be investigated.

We already knew Justice Department officials reportedly deemed the informant not credible, but now it seems he was unable to produce evidence supporting the key aspect of the case.

The Uranium One informant has had tons of coverage on Fox and other right-wing media, with the thinking being that he had the goods on HRC. But when he actually got to a hearing... pic.twitter.com/Mazie9GwUF

As I explained last month:

The theory was transparent nonsense and fell apart immediately under scrutiny, not least because there was no evidence Hillary Clinton had actually intervened with the deal in any way.

The informant entered the picture in October, when The Hill’s John Solomon reported about a “confidential U.S. witness” who was “working inside the Russian nuclear industry” during an FBI investigation of a Russian nuclear official. According to Solomon’s sources, the informant -- later revealed as William Douglas Campbell -- had told law enforcement that “nuclear officials had routed millions of dollars to the U.S. designed to benefit former President Bill Clinton’s charitable foundation” at the same time a board Hillary Clinton sat on had approved the Uranium One deal.

Solomon, whose prior efforts to lead three different media outlets into a digital renaissance had floundered, has reinvented himself by producing shoddy national security reporting that provided fodder to Trump’s allies, and his work quickly collapsed under scrutiny, with Washington Post fact-checker Glenn Kessler noting that the “fatal flaw in this allegation is Hillary Clinton, by all accounts, did not participate in any discussions regarding the Uranium One sale.”

But Fox News would seize upon Solomon’s reporting with vigor, devoting nearly 12 hours of coverage to the story over the next three weeks. The effort was led by Hannity, who repeatedly used the story to push for Mueller’s resignation as special counsel because Mueller was FBI director at the time the deal occurred: 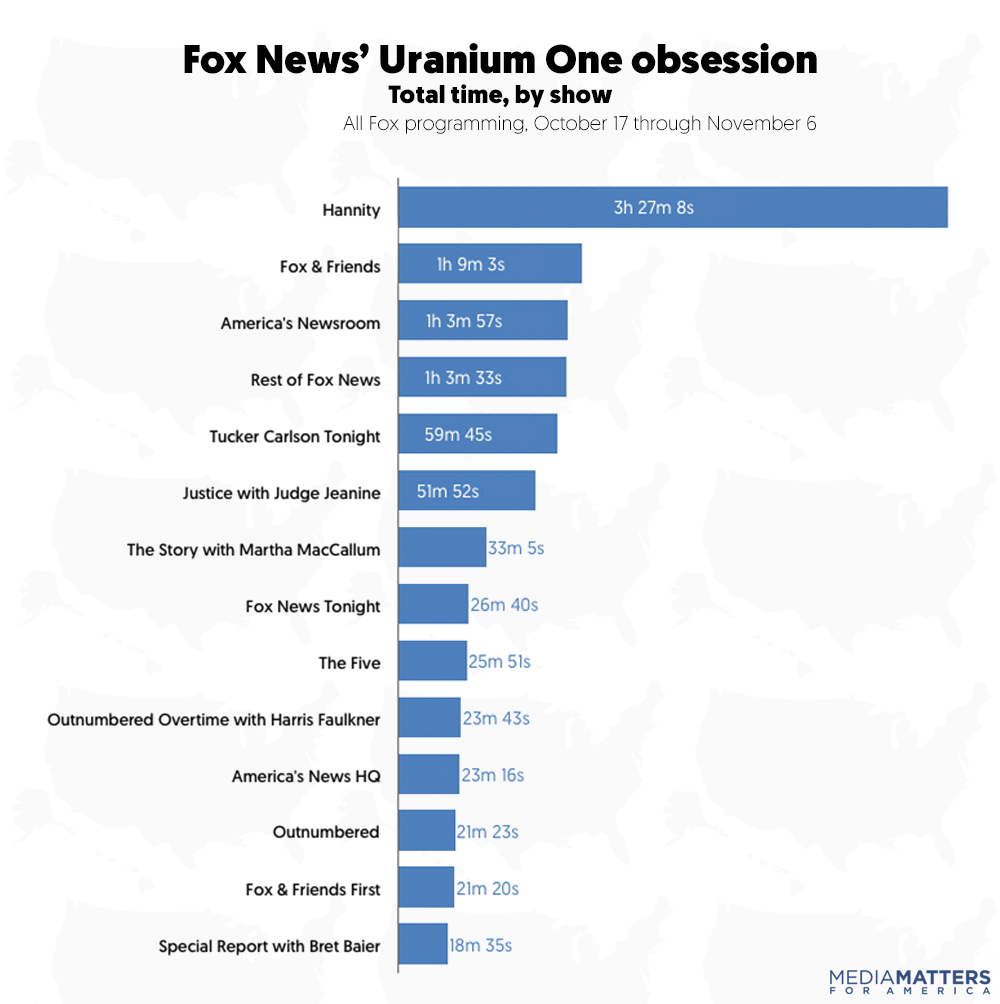 The story returned to the fore last month. News that Campbell was meeting with congressional investigators created new opportunities for Hannity and company to relentlessly hype Uranium One. Mueller's indictment last month of 13 Russian nationals and three Russian entities on alleged crimes stemming from Russian information warfare efforts on U.S. social media sites during the election bizarrely produced more opportunities to talk about the mining deal.

And now it turns out -- according to Democratic staff -- that the Hannity crowd’s star witness had nothing to offer. Tune in tonight for his explanation of how this really proves just how dastardly Mueller and Clinton really are.