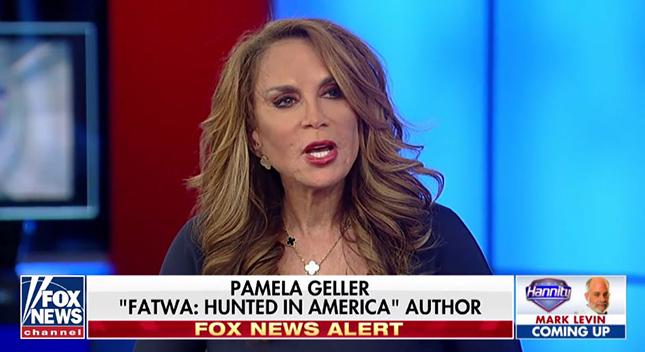 In the wake of a vehicle attack in New York City that left at least eight dead and 11 injured, Fox News’ prime-time shows dusted off their playbook for analyzing apparent terror incidents by turning to a series of renowned anti-Muslim activists for commentary and insight.

According to The New York Times, on October 31, a man driving a rented pickup truck sped down a designated bike path in lower Manhattan, killing at least eight people and injuring at least 11 others. After striking a school bus, the driver of the vehicle was shot and apprehended by authorities.

In its virtually wall-to-wall coverage of the attack, Fox News hosted a series of hate group leaders and disreputable guests who have histories of making inflammatory and anti-Muslim comments, including Brigitte Gabriel, Pamela Geller, Sebastian Gorka, and Zuhdi Jasser. Viewers who tuned in to Fox to learn about what happened in New York City saw self-described “terrorism analyst” Gabriel scapegoating refugees as a threat to national security:

Meanwhile, Geller said on Hannity that “a rational response” to such an attack would be to “stop certain Muslim immigration from jihad nations”:

Gorka, who was also a guest on Hannity, claimed that the phrase “lone wolf” was “invented” and “made popular by the Obama administration to make Americans disconnect the dots” on terrorism:

And Jasser asserted on Tucker Carlson Tonight that Americans “are in denial if we don’t believe that nonviolent Islamism is a precursor to militant Islamism”:

Fox has a long history of providing untrustworthy coverage of terror incidents in part by following a pattern of hosting anti-Muslim hate group leaders or other controversial guests to further the network’s political agenda.