Adult film actress and director Stephanie Clifford, known professionally as Stormy Daniels, recorded an interview about her alleged affair with President Donald Trump, which is scheduled to air tonight on CBS’ 60 Minutes. Since she first came forward, some conservative media figures have chosen to attack her or to minimize her story.

According to Daniels, she and Trump had an affair in 2006. She first gave an interview about the affair in 2011 with In Touch Weekly, but it was only published in full earlier this year. While Trump has denied the affair took place, one of his lawyers, Michael Cohen, paid Daniels $130,000 just a month before the 2016 presidential election to keep her from speaking publicly about it. Trump and Daniels have recently sued one another over the 2016 agreement.

Trump’s lawyers reportedly considered legal action to stop the broadcast of Daniels’ pre-recorded 60 Minutes interview, which will air tonight on CBS. And in recent weeks, some conservative media figures have also run defense for the president.

CNN conservative political commentator Jason Miller: “I think it is clear that Ms. Clifford is trying to essentially launch a second act to her career now.”

CNN guest Michael Caputo: “Let's not forget, this is a woman who gets paid for sex wanting more money.”

Fox media critic Howard Kurtz suggested other media outlets were devoting too much coverage to Daniels and accused them of being “rather gleeful in covering these stories.”

Conservative talk radio host Mark Simone: “Media [are] now in collusion with DNC to influence the next election” by covering Daniels.

DNC analysis showed Trump did 11% better with women voters then other Repubs and it helped him win. That’s why they are pushing Stormy Daniels so hard (and Rob Porter) they want to hurt him with women. Media now in collusion with DNC to influence the next election.

Pro-Trump writer Jacob Wohl pointed to one photo to claim Daniels’ reported polygraph test was fake. NBC News acquired a report of a 2011 polygraph test Daniels took about her relationship with Trump, which came with a sworn declaration from the examiner about its authenticity. According to NBC, “the examiner found there was a more than 99 percent probability she told the truth when she said they had unprotected sex in 2006.” Jacob Wohl of The Washington Reporter used an image taken from a video of the polygraph test to claim it was fake.

BUSTED: Stormy Daniels' Polygraph test was FAKE! She doesn't have finger cuffs to measure her galvanic skin response. Also, the blood-pressure cuff on her arm should be on her upper arm.

This test WAS NOT compliant with the American Polygraph Association and was RIGGED!!! pic.twitter.com/bcJMY9NOTX

Downplaying the relevance of the interview

Fox News contributor Marc Thiessen: Conservative Christians will stand by Trump because he keeps his promises to them. Fox News contributor and Washington Post columnist Marc Thiessen defended conservative Christian supporters of President Trump from accusations of hypocrisy for violating their espoused values because he “does have one moral quality that deserves admiration: He keeps his promises.” From Thiessen’s March 23 FoxNews.com column:

No one upholds Trump as moral exemplar. He is not the most religious president we have ever had, but he may be the most pro-religion president. Christian conservatives are judging Trump not by his faith, but by his works. And when it comes to life and liberty, his works are good. [FoxNews.com, 3/13/18]

Johnson added that Christians “should identify with Christ” before any politician and called his vote in the 2016 election a “prudential” one. “You've got to vote. You have a choice. Who are you going to vote for?” Johnson said. “I voted for Mr. Trump. I don't regret that vote. I don't think Christians who voted for him regret that vote. We knew this was in the past, but his job is to keep us safe and to keep the government out of the way of business so the economy can grow and I think he's doing that.” [CBN, 3/23/18]

Tony Perkins, president of the Family Research Council, echoed the same sentiment to CBN News and said Trump should be judged on his behavior and accomplishments in office.

“To date, what has the president done?” Perkins asked. “The president has not engaged, to our knowledge, and I think we would know, in any of the behavior that he did in the past, prior to the election. What he has done is he's actually followed through on political promises.” [CBN, 3/23/18] 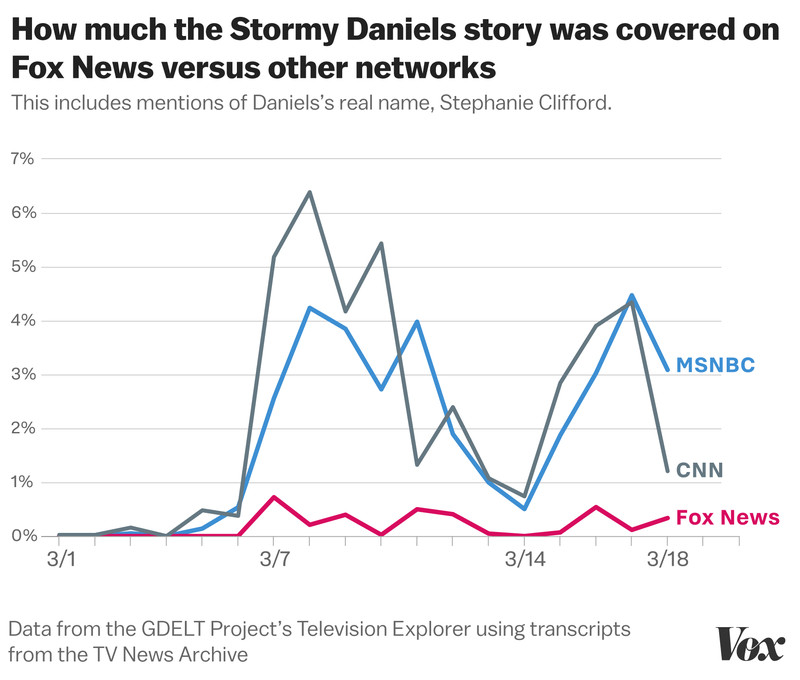