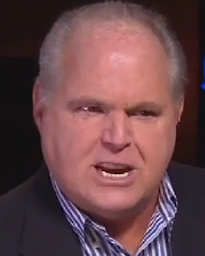 Russia's recent crackdown on its LGBT community has been condemned by everyone from President Barack Obama to grassroots gay rights activists. But since Russia passed a series of sweeping laws banning the dissemination of “gay propaganda” and prohibiting the adoption of children by Russian same-sex couples and any foreign couples from nations with marriage equality, many right-wing media figures have instead rallied to the country's defense.

It's not surprising that far-right figures from anti-gay hate groups like the American Family Association (AFA) and Americans For Truth About Homosexuality (AFTAH) have enthusiastically endorsed President Vladimir Putin's draconian crackdown on gays. As the Russian news agency RIA Novosti recently reported, AFTAH President Peter LaBarbera has championed Putin's cause. In a statement on his group's website, LaBarbera said, “Russians do not want to follow America's reckless and decadent promotion of gender confusion, sexual perversion, and anti-biblical ideologies to youth.” The AFA's Bryan Fischer praised Putin's anti-gay laws, stating that the country isn't being homophobic but “homorealistic.”

But AFTAH and AFA are not alone in endorsing Russia's right to arrest anyone who offers a positive depiction of homosexuality, as the new laws will allow. Outlets and figures within the mainstream of the conservative movement have also jumped on the bandwagon.

On the August 7 edition of his radio show, Rush Limbaugh justified Russia's anti-gay policies by citing the country's economic and demographic challenges:

LIMBAUGH: Feminists are starting to lose themselves in these philosophical discussions, which of course are rooted in self-absorption and maybe tinges of guilt. Because what's going on here is -- it's continual -- a full-frontal assault on what has always been considered normalcy. And so the Russians -- just to close the loop on this -- the Russians and Putin are putting their foot down. They're saying, 'Enough of that. We aren't going to have that here. We need a growing population. We need a country that's growing. We need more people. We need more people working. We need more productivity. And we're not going to sign up for all this new-age, so-called elitist brilliance. So ergo, the reason why the ban on gay athletes at the Olympics.

Similarly, The Daily Caller, in blasting President Obama's criticism of the Russian laws, suggested that sending a message of disapproval of homosexuality could be the key to turning around Russia's population decline.

Writing for The Daily Caller on July 25, Catholic Family and Human Rights Institute President Austin Ruse launched a spirited defense of Russia, saying that the U.S. could learn much from the gay crackdown:

Russians understand that homosexuality exists in their society and always has, even when it was illegal under the Soviets and that it exists in all human societies. What is new and what they resist is the political movement to regularize and even celebrate it. They view this as harmful to children and society.

They are appalled, as are many Americans, at how these sexual practices and lifestyles are celebrated in the United States. The state of California now mandates the teaching of homosexuality to school children. Those individuals and institutions in the United States that oppose the homosexual advance are ostracized and in some cases criminalized. [emphasis added]

Given the horrific implications of the Russian laws, many conservatives are careful to steer clear of defending them. But in seeking to appeal to opponents of gay rights - and to undermine a president who has offered a full-throated defense of LGBT equality - some have diverted attention from the substance of the laws to criticism of President Obama's handling of the issue. For instance, in an August 7 column, Breitbart editor-in-chief Joel Pollak paid lip service to keeping gay rights as “part of a human rights agenda,” even as he also questioned “whether same-sex marriage is a 'right.'” In that same column, however, Pollak baselessly asserted that gay rights, not Russia's decision to grant NSA leaker Edward Snowden asylum, were the real reason that President Obama cancelled a planned meeting with Putin. According to Pollak, gay rights had “trump[ed] fundamental national security interests.”

Russia's anti-gay laws are especially dangerous in  a society where homophobic vigilantes have reportedly ensnared and tortured young gays. Undoubtedly, the new laws will further stoke homophobia and anti-gay violence, whether by the authorities or private citizens. The lives of Russian LGBT people and their allies are at stake - which makes right-wing American cheerleading for Putin's crackdown all the more reprehensible.