Longtime Trump affiliate Roger Stone posted to his Instagram account a meme mocking the administration's proposed Space Force that had previously appeared on 4chan, Reddit, and Twitter. The image showed Trump, Stone, and others in space suits with swastikas on them, and Stone wrote, “I love this - proud to be in this crew.”

The meme features Stone, Trump, Vice President Mike Pence, Trump attorney Rudy Giuliani, White House press secretary Sarah Huckabee Sanders, Rep. Devin Nunes (R-CA), and Fox News host Sean Hannity dressed as astronauts with swastikas on their uniforms (a swastika also appears in the top-right corner of the image). Text below the image reads “Space Force” and “in space no can hear you lie...” -- likely a reference to the planned Space Force the Trump administration recently announced. Stone wrote in the caption, “I love this - proud to be in this crew - but the only lies being told are by liberal scumbags #maga #republican #infowars.” Stone has since deleted the post. 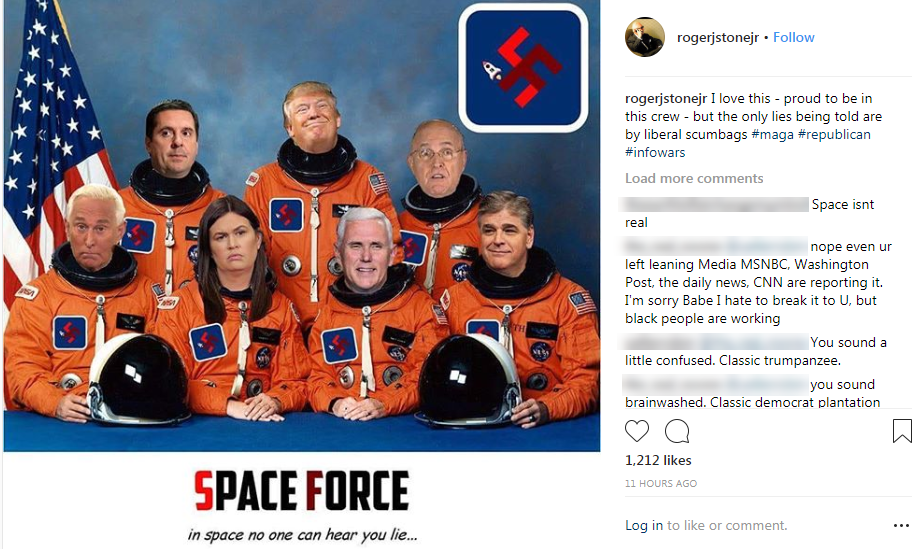 About two days before Stone posted the meme, some Twitter accounts had tweeted it in reply to tweets about the Space Force from Pence and the White House. 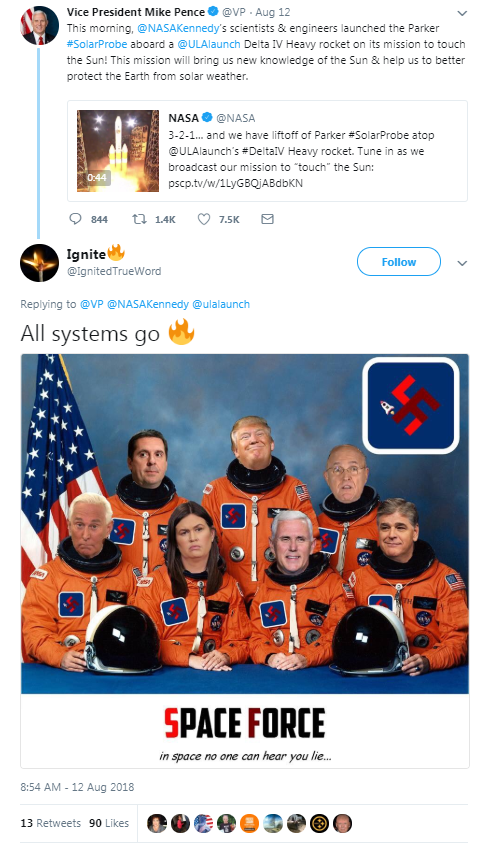 The meme was also posted on 4chan’s “politically incorrect” message board.

And the following day, it was featured in a subreddit on political humor. 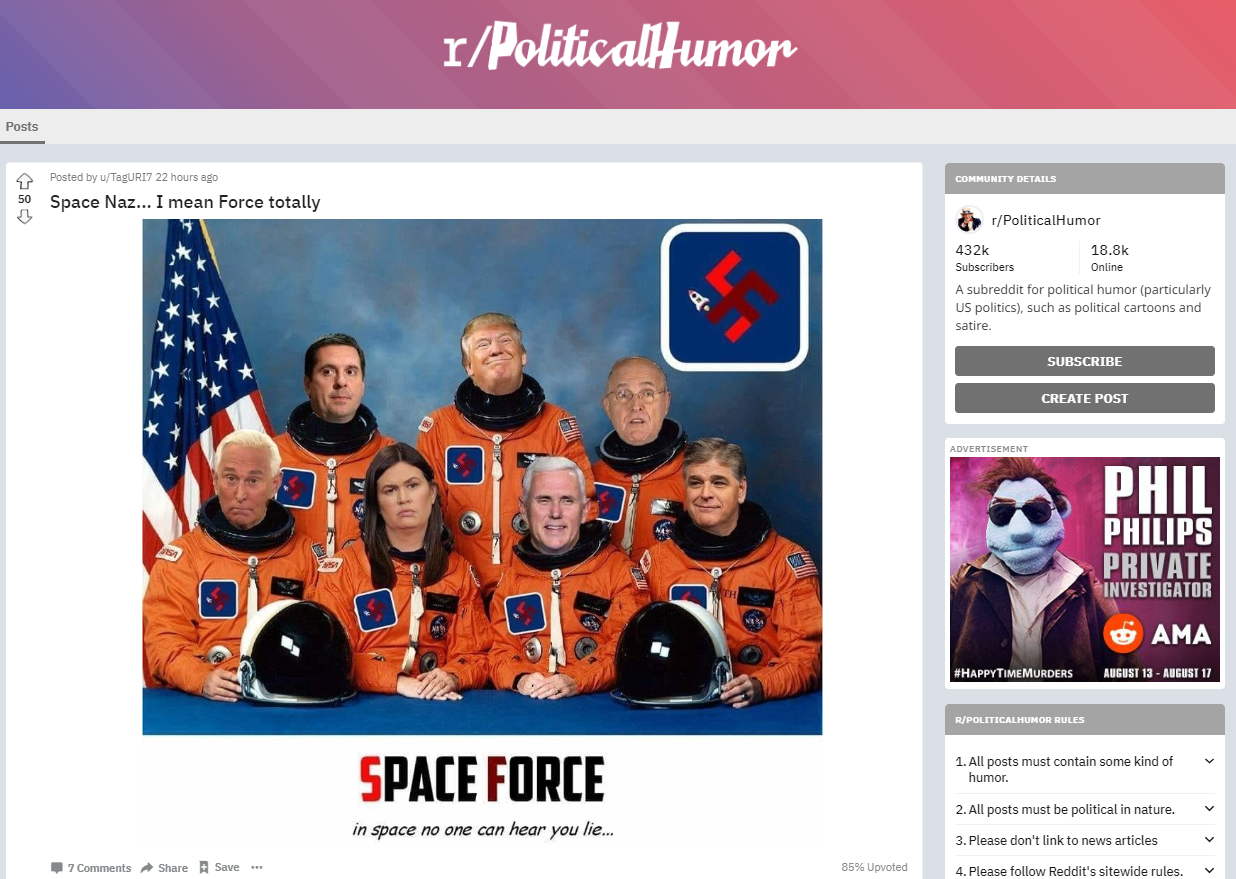 This is not the first time Stone has shared a meme that featured far-right imagery. In 2016, Stone said he was “proud” to be part of a meme -- which he also shared -- featuring him, Trump, other Trump campaign surrogates and supporters, and Pepe the Frog, a symbol of the alt-right. The meme had likely originated on 4chan.