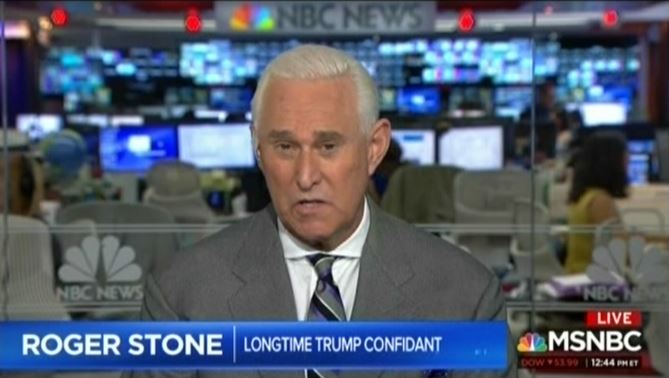 Roger Stone appeared on MSNBC’s Andrea Mitchell Reports to promote his new book, even though MSNBC previously announced that Stone would be no longer welcome on the network. Stone had been banned for making abusive comments about MSNBC personalities.

Stone, a confidant of President Donald Trump and a long-time conspiracy theorist who is now an Infowars correspondent, was banned from all three major cable news networks because of his sexist, racist, and threatening rhetoric. He was also locked out of his Twitter account in April 2017 after he threatened a Media Matters employee, and he was permanently suspended from the platform in October following attacks on several CNN employees.

MSNBC previously confirmed that Stone -- who twice offered a cash reward to anyone who “punches out” network host Chris Matthews and who called host Al Sharpton a “professional negro” who ate fried chicken, and MSNBC host Rachel Maddow “Rachel the muff-diver” -- would not be welcome on the network.

But MSNBC and CNN have both recently decided to give Stone a platform to promote his new book, Stone’s Rules. In Stone’s May 8 appearance on Andrea Mitchell Reports, Mitchell asked him to comment on Trump’s new attorney, Rudy Giuliani, and pressed him about his connections to WikiLeaks, but she also plugged the book. 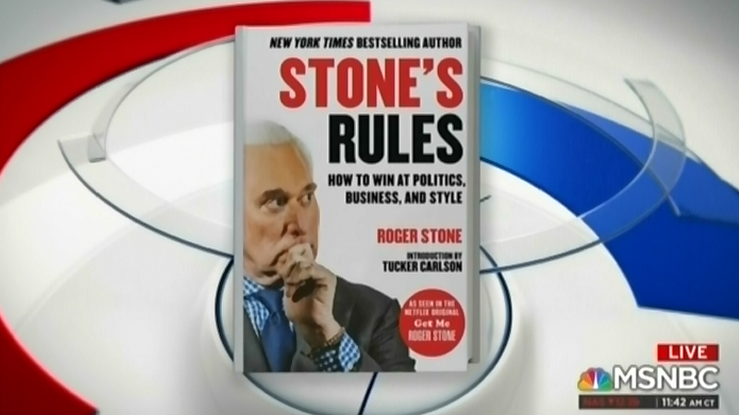 The decisions to reverse bans on hosting Stone might be defensible if he were in the news or there were some other newsworthy reason. In this case, they’re just helping him sell books.