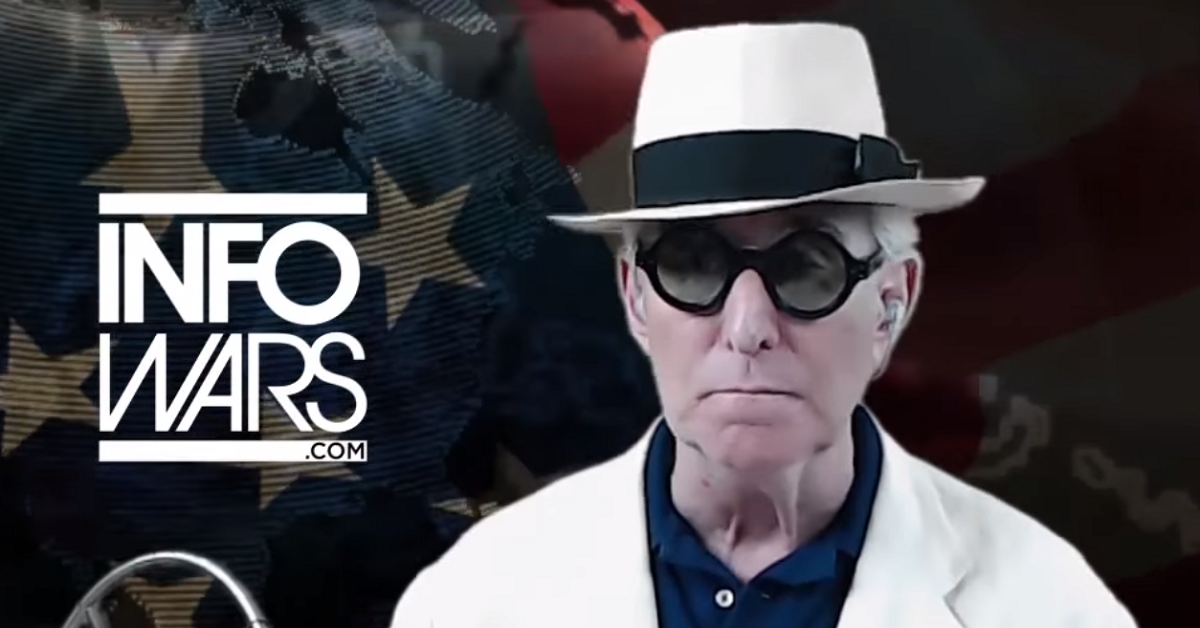 On August 7, Stone forwarded a sponsored email to his list on behalf of DeBono, a Navy SEAL veteran and Huntington, NY, committeeman who is the Republican congressional nominee in New York’s 3rd District. A disclosure stated: “We are excited to share with you a special message from one of our sponsoring advertisers, DeBono For Congress. It is also sponsors like them that help fund Stone Cold Truth. Please note that the following message reflects the opinions and representations of our sponsor alone, and not necessarily the opinion of Roger Stone.”

Stone also posted a link to a fundraising page for DeBono the following day on Facebook, writing: “Please support this Pro-Trump Navy Seal for Congress! #maga.” His post contained no language suggesting it was an advertisement. 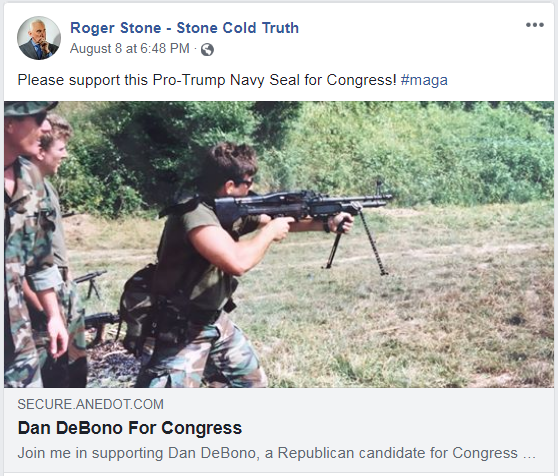 The DeBono campaign did not respond to a request for comment.

Other campaigns have rented Stone’s email list, including Republican Senate candidate Geoff Diehl in Massachusetts. Similar to the DeBono situation, Stone endorsed Diehl in a Facebook post shortly after the rental. In response to Media Matters’ article about the endorsement, Stone said that his “company did rent some lists to Mr. Diehl” and “during that process I examined his campaign and his credentials and frankly I became very impressed.”

Media Matters documented last month that Stone forwarded a July 26 message from Republican Rick Scott’s Senate campaign to his email list, along with the same disclosure statement that the email reflected “the opinions and representations of our sponsor alone, and not necessarily the opinion of Roger Stone.” The Scott campaign subsequently told The Associated Press that the email “was a vendor mistake - they are not advertising with Stone or paying him to send out emails on their behalf.” (Stone has publicly criticized Scott and has not endorsed him.)

UPDATE: Newsday reported on August 24 that DeBono said he “has not paid Stone or Stone Cold Truth for advertising. DeBono speculated that Stone Cold Truth may have used his letter on their own because 'they need content.'” His response is strange: as Media Matters noted, Stone wrote that “DeBono for Congress” was “one of our sponsoring advertisers.” The message Stone forwarded also stated at the footer it was “authorized and paid for by DeBono for Congress.”

DeBono said he has an email campaign underway, but has not paid Stone or Stone Cold Truth for advertising. DeBono speculated that Stone Cold Truth may have used his letter on their own because “they need content.” Stone did not return calls for comment.

“I really don’t know who he is; he’s of another generation,” said DeBono, 49, of Northport, now an investor.

But “if he’s a Republican strategist I’m not surprised he wants to support a Republican candidate who wants to make the world a better place.”