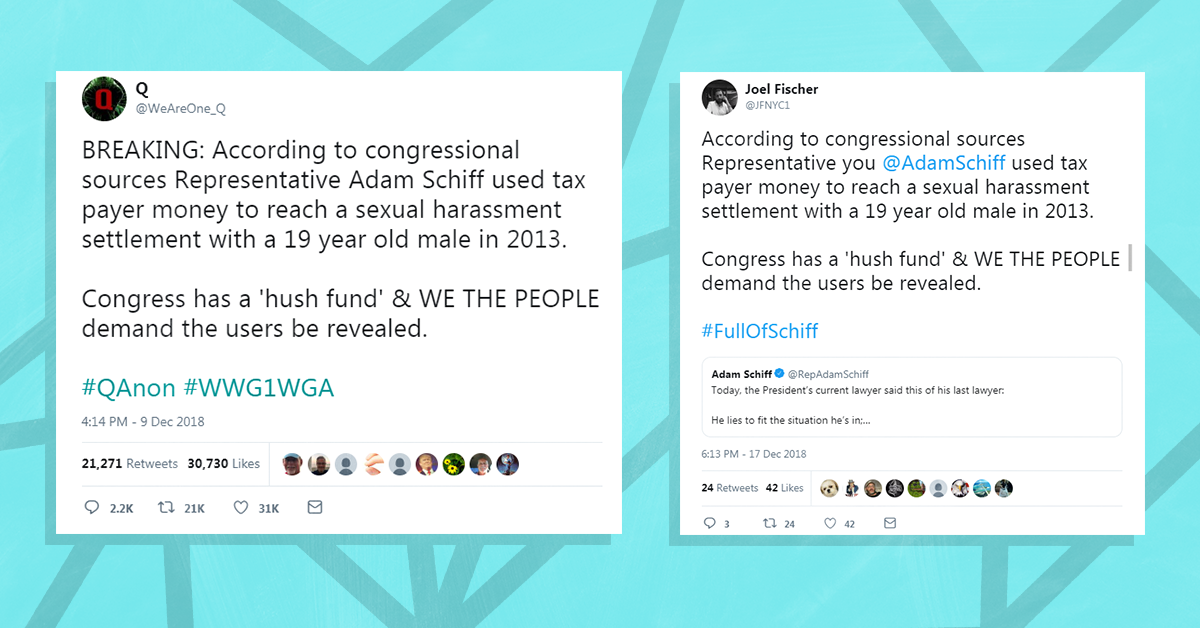 A member of Turning Point USA’s advisory council, Joel Fischer, pushed a baseless claim about Rep. Adam Schiff (D-CA) originating from believers of the QAnon conspiracy theory. The claim had been circulating among far-right accounts and figures for a week prior to Fischer pushing it out.

The smear goes back at least to December 9, when Twitter account @BSpinctor wrote in a since-deleted tweet, “BREAKING: According to congressional sources Representative Adam Schiff used tax payer (sic) money to reach a sexual harassment settlement with a 19 year old made in 2013. As to date there are dozens of settlements being hidden from the American people….developing.” 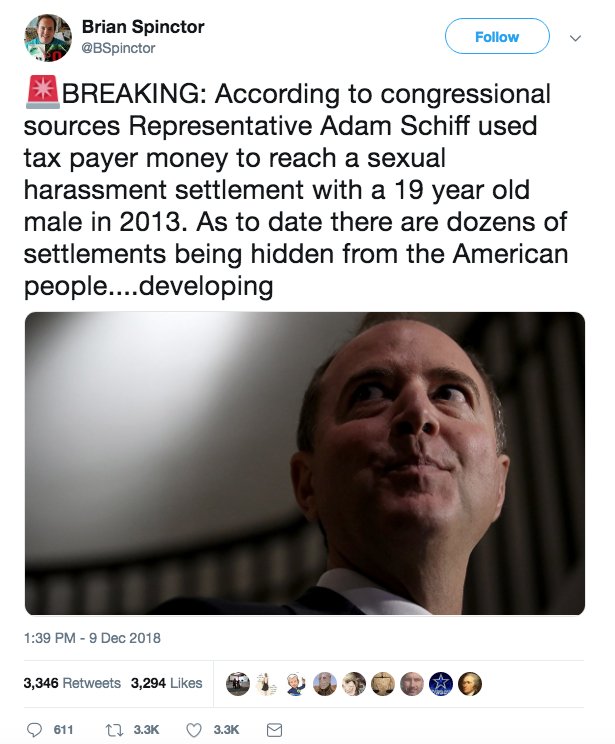 The account’s avatar had an image of “Q,” the central figure of the QAnon conspiracy theory. Later that afternoon, another QAnon account, @WeAreOne_Q, tweeted the same claim, adding, “Congress has a ‘hush fund’ & WE THE PEOPLE demand the users be revealed. #QAnon #WWG1WGA.” The tweet went viral, getting tens of thousands of likes and retweets.

Over the following week, the claim continued to spread on Twitter, along with Facebook, 4chan, the subreddit “r/The_Donald,” a QAnon YouTube page, and by conspiracy theorist Liz Crokin on Gab. One Twitter account pushed a video of @BSpinctor’s tweet that received thousands of retweets, including from Breitbart columnist AWR Hawkins. The @WeAreOne_Q tweet and claim was also shared by conspiracy theorist Jacob Wohl and his father.

Fischer, a member of Turning Point USA’s advisory council, repeated the same claim in a tweet on December 17, writing: “According to congressional sources Representative you @AdamSchiff used tax payer (sic) money to reach a sexual harassment settlement with a 19 year old male in 2013. Congress has a 'hush fund' & WE THE PEOPLE demand the users be revealed. #FullOfSchiff.” 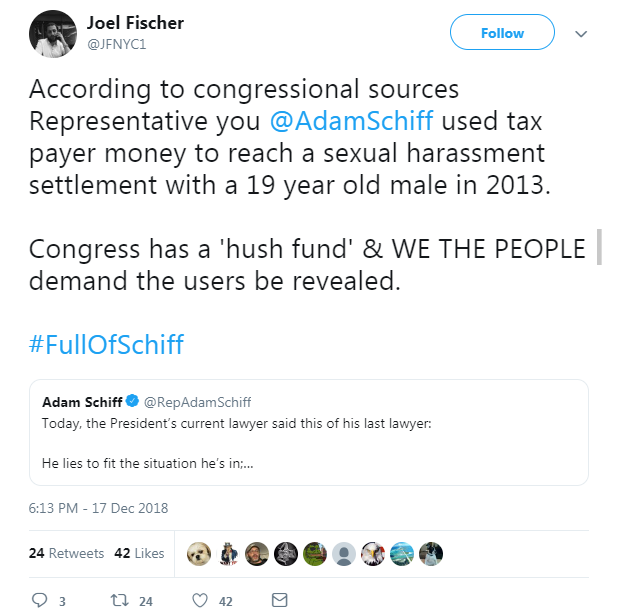 The day before his tweet accusing Schiff of sexual harassment, Fischer also tweeted that CNN anchor Jake Tapper should question Schiff about the accusations.

Earlier this month, Turning Point USA founder Charlie Kirk falsely alleged in a tweet that protesters in France had chanted “We want Trump,” something President Donald Trump retweeted despite the false claim originating from a video uploaded by a QAnon-supporting Twitter account. 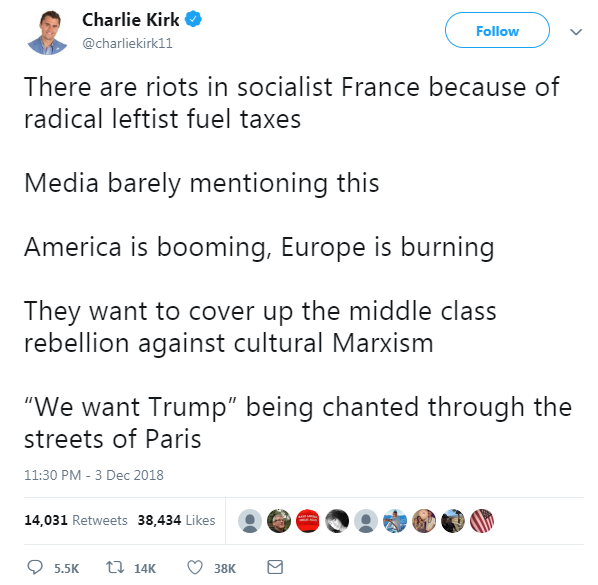 I tried to track down where Charlie Kirk got these numbers.

You may not be shocked to learn that these shocked that these numbers did not in fact come from the “Department of Justice.”

In fact, the “Under President Trump” numbers came from a QAnon conspiracy theorist. https://t.co/WpvmUs5FmF