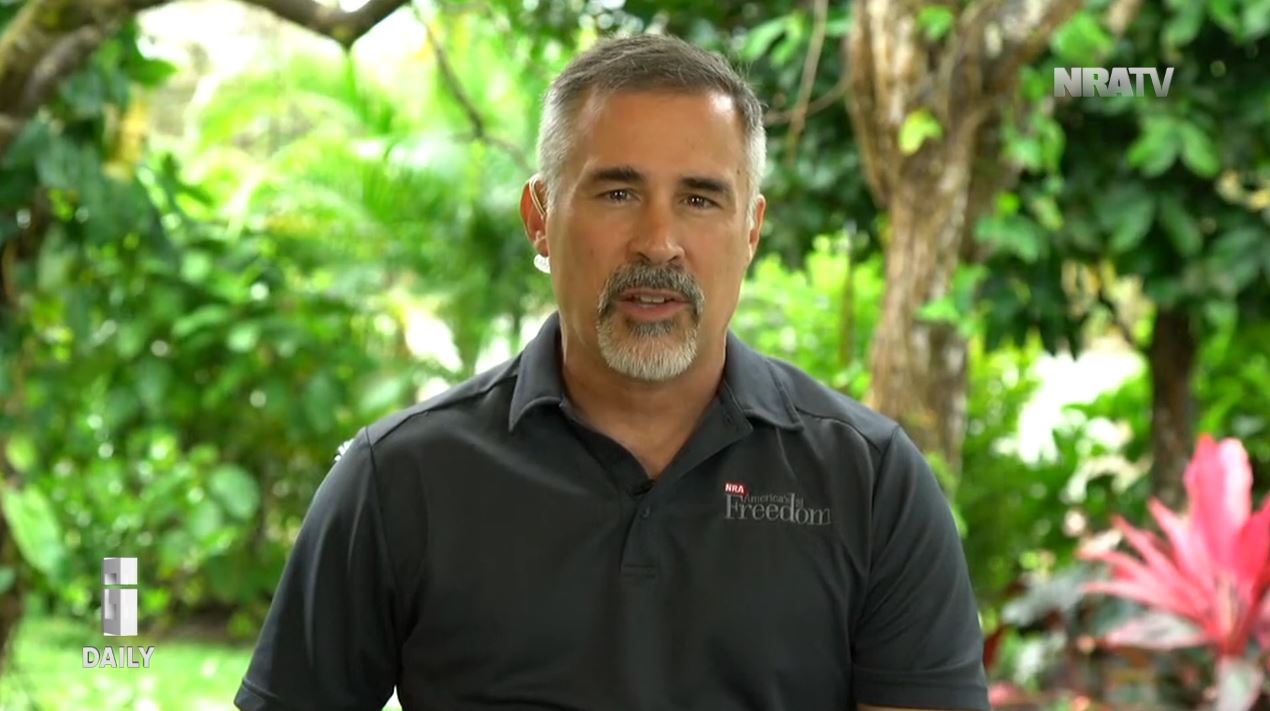 According to a review of his Twitter account, Holton -- who is a daily contributor and sometimes guest host for the National Rifle Association's “news” show on its NRATV network -- has retweeted Molyneux at least 33 times since August 2017.

On February 19, Holton retweeted a Molyneux statement that promoted links between race, IQ, and crime -- a basic tenet of scientific racism:

Holton has also replied to a number of tweets from Molyneux’s account, including telling Molyneux that “white farmer murders in South Africa” was an under-covered news story:

Molyneux has been described as a libertarian blogger but in recent years has branched out to promoting racist commentary as well, drawing plaudits from white nationalists and neo-Nazis. He has also been accused of leading a cult that urges people to cut off all contact with their friends and family members. In particular, Molyneux is a promoter of scientific racism, an approach that attempts to cloak discredited arguments that certain races are inferior in an academic veneer.

The Southern Poverty Law Center describes Molyneux as a commentator who “amplifies ‘scientific racism,’ eugenics and white supremacism to a massive new audience” and “has encouraged thousands of people to adopt his belief in biological determinism, social Darwinism and non-white racial inferiority.”

A recent profile of NRATV in The New York Times noted that the outlet’s “hosts are not shy of trading in racially charged language and imagery,” before citing a racist tweet about former President Obama sent by Holton.

Okay! Party's over. Let's get busy scrubbing Obama's mocacchino stain off of America!

Holton has written that “there is plenty of proof that black culture is inherently more violent than other cultures.” During an August 2016 appearance on the NRA’s talk radio program, Holton made a number of racist statements and told people to watch a Molyneux video that had been well-received in the white nationalist community.

“You know my definition of white privilege?” Holton asked. “It’s just simply the culture that we have created, that our fathers and grandfathers have worked hard to create.” He went on to claim white privilege is “a culture of individual responsibility, where you take responsibility for your own actions, a culture that respects authority,” while adding that “if you live in that inner-city community and you don't like it, you are welcome to join our community and take advantage of this ‘privilege’ that we have any time you want” and that “you're welcome to come. All you have to do is join us in respecting authority and taking responsibility for your own actions.”

More recently, Holton has used his NRATV platform to whip up fear that the group Black Lives Matter is prepared to commit mass rape and murder against white people.

NRATV previously employed another Molyneux proponent, conservative commentator Bill Whittle, who went on Molyneux’s program to promote scientific racism and make other racist claims. Whittle left NRATV in September 2017. An Illinois GOP gubernatorial candidate's campaign recently rescinded an invitation for Whittle to serve as keynote speaker at a fundraiser after learning about his history of racist commentary on Molyneux’s show.

NRATV’s incendiary content is currently making headlines, with The Hill noting that “multiple online petitions are calling on Apple, Amazon and other streaming services to cut ties” with the outlet.