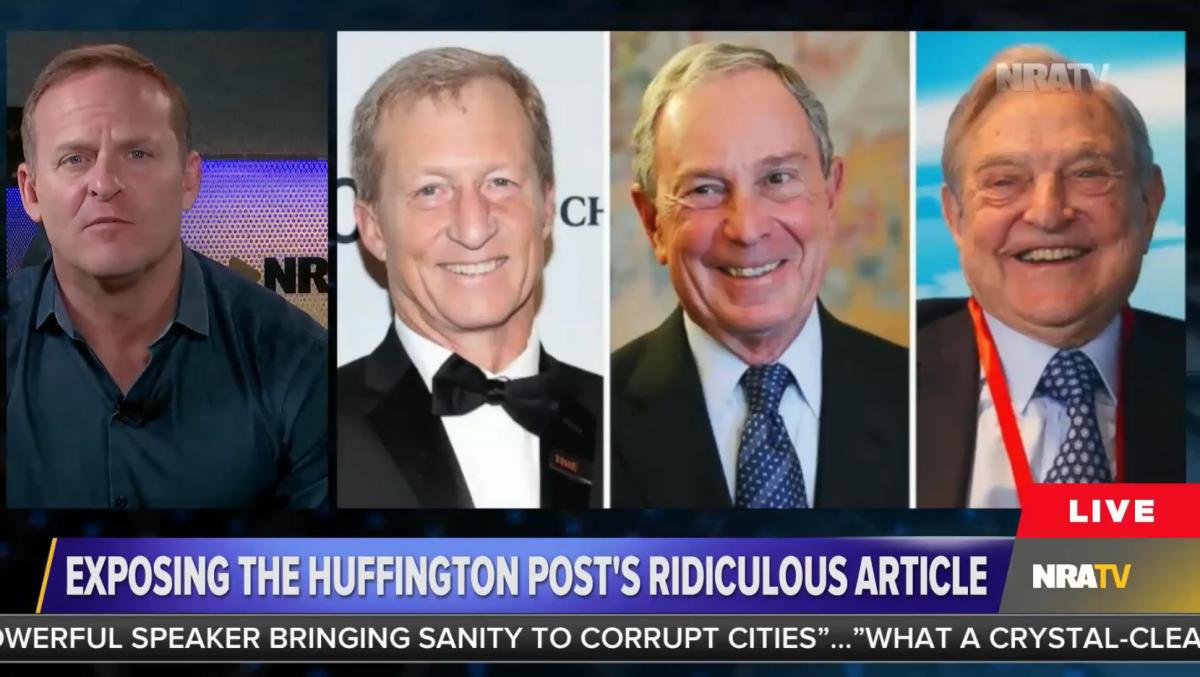 Grant Stinchfield, a host for the National Rifle Association’s NRATV, claimed that “most Jews fully realize the importance of firearms, considering their past and what is going on in their homeland of Israel,” while arguing that the NRA is not anti-Semitic.

The comment came during the October 30 broadcast of NRATV’s current events show Stinchfield. The segment was responding to a HuffPost article explaining that the NRA has singled out billionaires George Soros, Tom Steyer, and Michael Bloomberg -- all of whom are Jewish -- as left-wing boogeymen on the issue of gun regulation. The article also drew attention to a weeklong 2016 anti-Semitic rant by high-profile NRA board member Ted Nugent, who claimed gun regulation efforts are a Jewish plot and that Jews who support gun safety laws are “Nazis in disguise.” The NRA declined to condemn Nugent’s claims.

Stinchfield’s comment also came in the aftermath of a massacre at Tree of Life Synagogue in Pittsburgh, PA, that left 11 people dead and six others injured. The gunman who carried out that shooting had promoted the conspiracy theory that Jews are behind a caravan of migrants traveling from Central America toward the U.S. southern border. NRATV had repeatedly pushed a remarkably similar conspiracy theory that Soros is behind the caravan in the weeks before the attack. Both the gunman and NRATV broadcasts also both frequently termed the caravan an “invasion.”

The NRA frequently presents an ahistorical version of history to promote gun ownership or oppose new gun safety laws, often using the Holocaust as a reference point. Then-Anti-Defamation League National Director Abraham Foxman explained in 2013 why these claims are wrong after an NRA board member attacked a New Jersey mayor for supporting a gun safety survey despite having grandparents who survived the Holocaust. In a statement on behalf of the ADL, Foxman, a Holocaust survivor himself, wrote that “there is absolutely no comparison of the issue of gun control in the U.S. to the genocidal actions of the Nazi regime” and added that the claim “trivializes the historical truth of the Holocaust.”